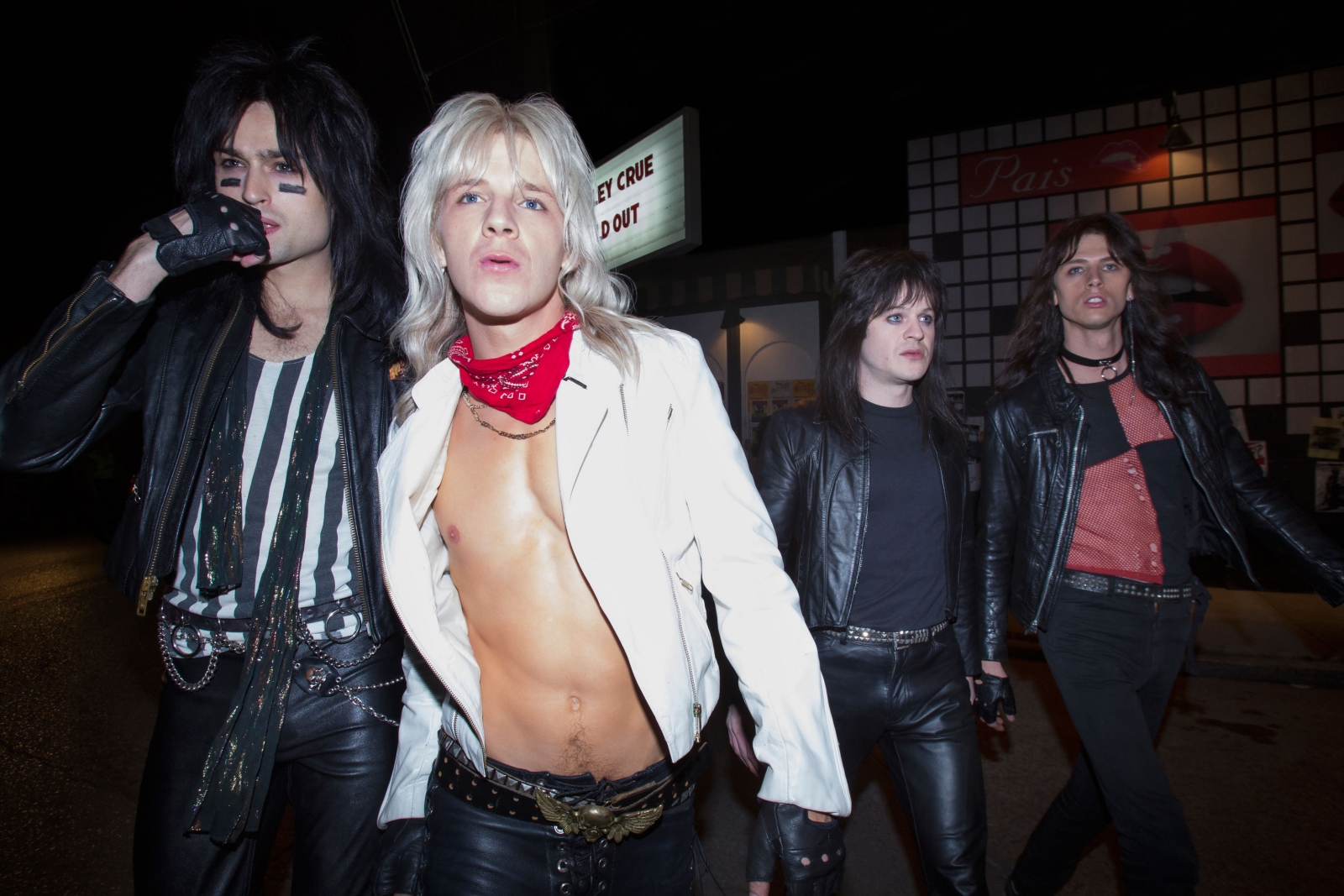 There’s a filmmaking adage that voice-over narration is a hallmark of lazy screenwriting. There are exceptions to that rule, of course.

“The Dirt” is not one of them.

In “The Dirt,” an insight-free biography of hard-rocking, dumb-living rockers Mötley Crüe, everyone pipes in to comment on the action at hand. And I do mean everyone; each of the band’s four members are given time for both narration and asides to the camera. Sometimes, band members actually talk to one another, in voice over, while we watch them do something else. They even let their manager and record-label executive have a turn now and then.

If you’re counting, that makes six separate narrators in one movie with nothing to say.

That list, by the way, is exclusively male. In a movie where someone is always atoning for something, “The Dirt” makes no apologies for the band’s abhorrent treatment of women. It revels in their chauvinism, in fact; one running gag involves the band inviting guests to join them at a nightclub table, only to reveal a woman hidden by a tablecloth, performing sexual favors for the group.

No, the only problems with Crüe which receive significant screen time in “The Dirt” are those that interfere with the continued business of touring and recording. Nikki Sixx’s heroin addiction is explored at length; when Tommy Lee punches a girlfriend on the bus, it’s a momentary distraction, never to be mentioned again. When Vince Neil kills drummer Nicholas "Razzle" Dingley in a drunk-driving accident, it’s an issue — because it slows the band’s momentum; when his 4-year-old daughter dies of cancer, it serves to accelerate a bout of soul-searching that will send him back to the band.

Admittedly, it’s not news that the members of Mötley Crüe (with the possible exception of Mick Mars) are dirtbags. Putting that aside, can “The Dirt” offer any insight or inspiration?

Of course not. How can it, with an extreme degree of spin and control? It’s an adaptation of a book co-written by the four band members; they’re also listed as producers. The director is Jeff Tremaine, whose full directorial output to date consists of the “Jackass” pictures — so he is not exactly one to rein in bad impulses. “The Dirt” contains workmanlike recreations of rock-star excess and little substance.

But perhaps that’s what the band’s die-hard fans are in for. They like Mötley Crüe, after all.