The 400-Word Review: The Curse of La Llorona

The latest chapter in the Conjuring franchise concerns a sinister spirit from folklore. 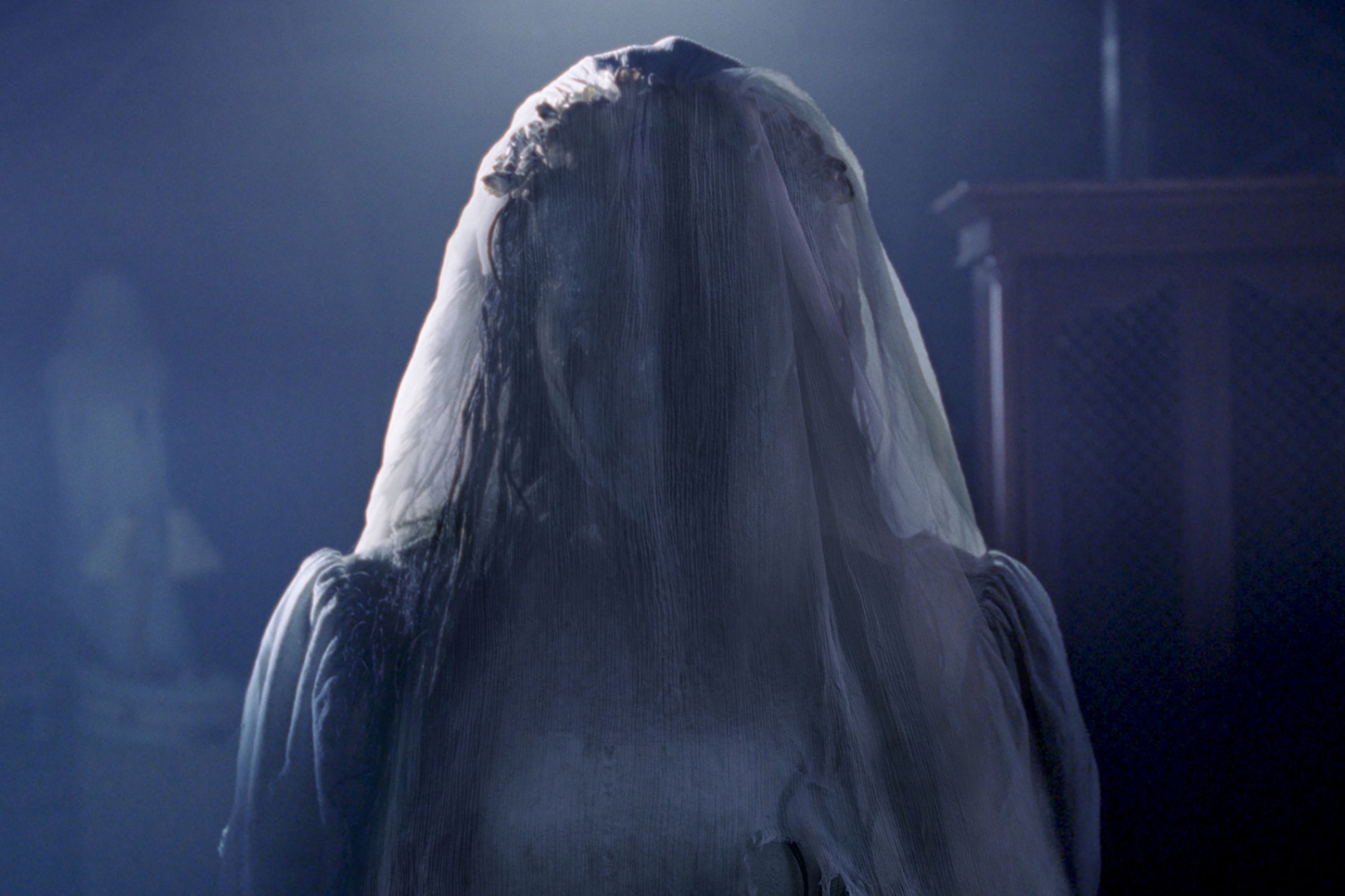 The sixth entry in the film series spun off from “The Conjuring” (though the first to feature this particular ghoul), “La Llorona” is a chain of jump scares and nothing more. We meet a malevolent ghost, then we spend 90 minutes watching her appear behind this door or around that corner. Each such spectral imposition is accompanied by a sound that is utterly meaningless; not strings, not screams, just weaponized white noise.

Anna (Linda Cardellini), an earnest social worker, runs into a paranoid single mother (Patricia Velásquez) who has locked her children in a closet to protect them from an invisible threat. When the kids are brought to foster care, they don’t make it one night before they’re mysteriously killed; it appears they were victims of La Llorona (Marisol Ramirez), a sinister spirit who’s been snatching unfortunate children for centuries. Having dispatched her latest victims, La Llorona moves on to Anna — a single mother herself — and her two young children.

It’s cookie-cutter stuff, with the source material used as an excuse to deploy another generic beastie — as usual, depicted with as a grey-faced, big-mouthed, fast-moving woman. The rote direction, from first-timer Michael Chaves, does “La Llorona” no favors; a script that changes the rules from one scene to the next buries it.

The worse news: I can’t get past the phenomenally bad timing of a movie about a Mexican ghost invading a home to terrorize a white woman.

You could make an argument, if you were so inclined, that dramatizing a well-known Mexican folk tale — and doing so with several Latinx performers — is a net good for representation, bringing a relatable bit of folk culture to a wider audience. At other times, that would probably be the sum total of the social resonance for “La Llorona.”

In early 2019, however, the United States is suffering through a period of widespread scaremongering about imaginary threats from immigrants at the southern border. Certain leaders spend each day stoking paranoia (and currying favor at the polls) by insisting that asylum-seekers from Central America are monsters in disguise. The optics of an entertainment that sadly echoes those claims — even if inadvertently, though doing so accidentally would hardly be better — are terrible. “La Llorona” should’ve been shelved for a few years — or not released at all.