The source material is certainly rich territory for a big-screen journey. If only there weren't a hokey CGI dog in the starring role. 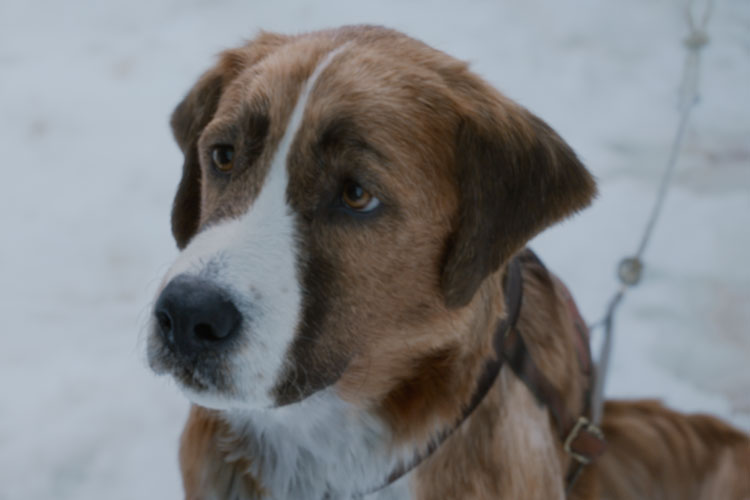 Wait … why? Why am I even looking at this?

Jack London’s 1903 novel “The Call of the Wild” has been adapted numerous times — on one occasion, with Snoopy — to varying levels of success. In theory, there’s nothing wrong with giving it another go. But a story primarily about a deep bond between man and man’s best friend should, in my view, have an actual dog in it.

While the feline creations in last year’s “Lion King” revival were far from convincing, they’re practically flesh-and-blood compared to the mugging pooch who co-stars alongside Harrison Ford in “Call of the Wild.” The digital dog — Buck, by name — undergoes a multi-pronged adventure, beginning with his exodus from a genteel Southern home. Buck is kidnapped and shipped to Alaska, where he’s bought by a sled team delivering mail to remote areas of the Yukon.

Throughout, Buck sees visions of an obsidian wolf, a clunky visual metaphor for the titular lure of the unknown. (If it were worth analyzing the limp subject matter of this picture, it could be pointed out that what narrative concerns “Call of the Wild” has were asked and answered by two recent family flicks, “Frozen 2” and “Abominable.”) After taking over as the alpha of the sled team, Buck and his canine crew are sold off to a witless wannabe prospector. Ford’s character, a grieving loner named John Thornton, rescues Buck from mild calamity a few scenes later.

Ford, whose glimmers of effort and charm are few and far between, narrates the shambling affair in an attempt to provide a throughline to a fundamentally episodic tale. Theoretically, Buck’s loyalty and spirit help Thornton grieve the loss of his son — in a plot thread that would’ve been trite in “Air Bud,” Buck actually convinces his human companion to quit drinking — but in practice, the story beats are prescribed inorganically to the human characters.

Thornton’s relationship with Buck is unconvincing, in large part because director Chris Sanders can’t obscure the fact that his human cast is acting opposite an imaginary animal. Too-brief appearances by helpless supporting players including Karen Gillan, Bradley Whitford and Michael Horse hint at more intriguing plotlines; all go unfulfilled. In the end, there’s only an artificial hound gamboling across screensaver-quality vistas. The movie never works and should never have been pitched — let alone filmed.

“The Call of the Wild” opens in wide release Friday, Feb. 21.