The 400-Word Review: The Ballad of Buster Scruggs

The Coen Brothers' western anthology is less than the sum of its parts, but it boasts some great tales. 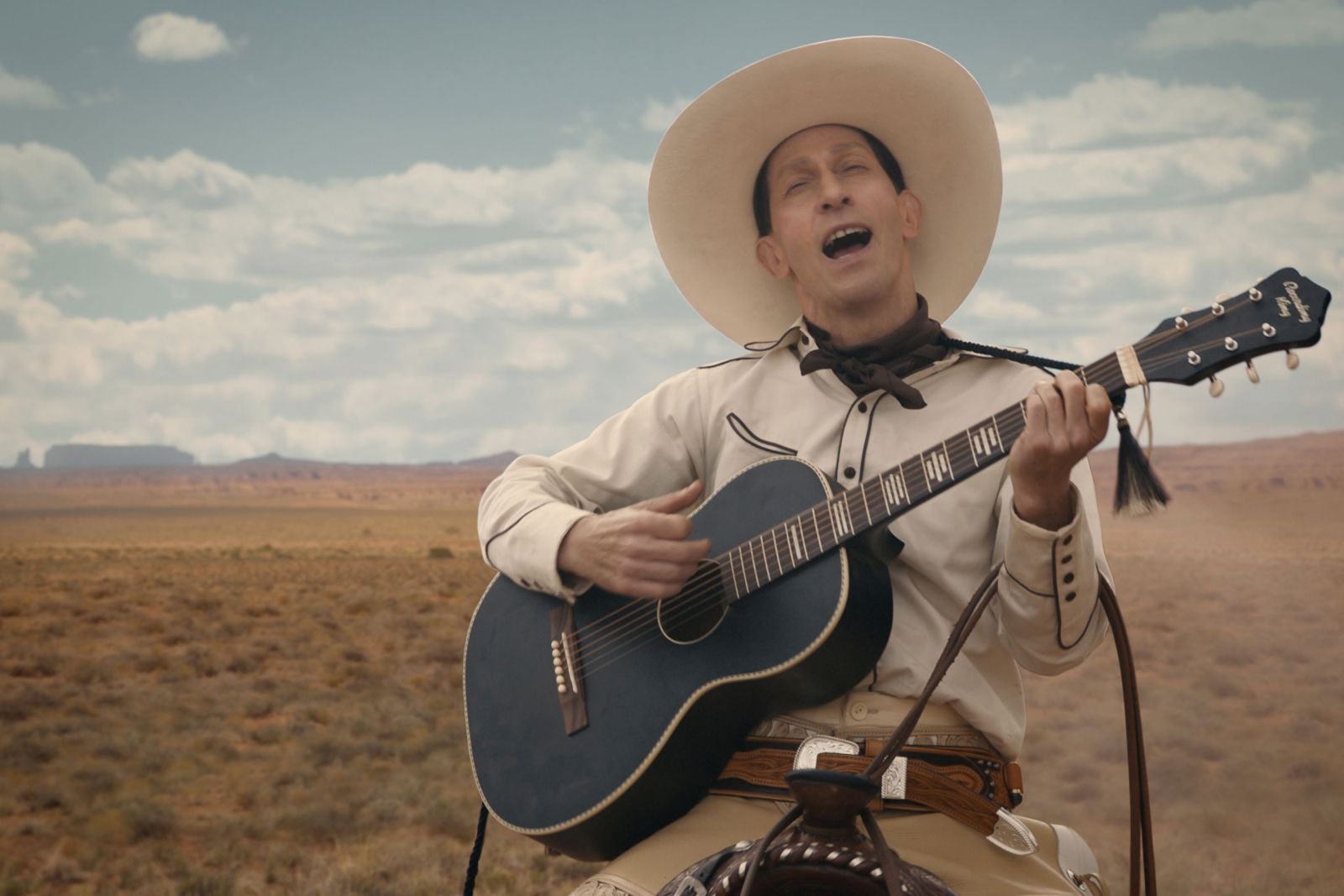 It’s hard to know what to make of “The Ballad of Buster Scruggs,” the western anthology from the Coen Brothers. Its composite parts vary so wildly in tone, in intent, in outlook and in quality that any synthesis is impossible.

On one hand, that’s refreshing; projects this unusual are typically relegated to much lesser filmmakers. There was probably a more cohesive — and quite possibly great — project possible, however, and it’s a shame that “Buster Scruggs” is … what it is.

Conceived initially as a limited series and eventually sewn together into one film, “Buster Scruggs” consists of six old-west shorts with no connective tissue. (There’s nothing wrong with that; sewing these tales together would’ve created an unnecessary, Tarantino-esque feeling.) Each is presented alone, save for a framing device pitching them as short stories in an antique tome.

The titular story is a tongue-in-cheek musical about a singing scoundrel (Tim Blake Nelson) wandering, rampaging and narrating. The second chapter, “Near Algodones,” follows an ill-fated bank robber (James Franco) who holds up the wrong teller (Stephen Root). “Meal Ticket” is a somber, gothic tragedy about a huckster (Liam Neeson) and a thespian (Harry Melling). A prospector (Tom Waits) chases fortune in the wistful “All Gold Canyon.” The film’s longest and most developed tale, “The Gal Who Got Rattled,” develops a romance between two settlers on a wagon train (Zoe Kazan and Bill Heck). A pair of metaphysical undertakers (Jonjo O’Neill and Brendan Gleeson) ferry souls in the conclusion, “The Mortal Remains.”

Taken separately: “The Gal” is compelling and heartbreaking. “The Mortal Remains” and “Meal Ticket” are acceptably creepy, atmospheric haunts. The opening tale is head-scratching and bizarre; it’s not bad, but it’s a shock to the system — and it serves as a promise of absurdity that the broader film will not fulfill. “All Gold Canyon” is a well-made diversion, but thin. “Near Algodones,” the weakest of the bunch by far, certainly should’ve been excised (the collection would’ve been better had it clocked in under the two-hour mark).

Taken as a whole, it’s not an unpleasant experience, but the tonal whiplash involved in watching it is stunning. It would’ve made a better series than it does a film, I’m sure; when the decision was made to turn it into a feature, the Coens probably should’ve picked a lane. It’s bold, but in no way satisfying, to weave all over the trail.