The Star Wars series experiments with telling an origin story, with mixed results. 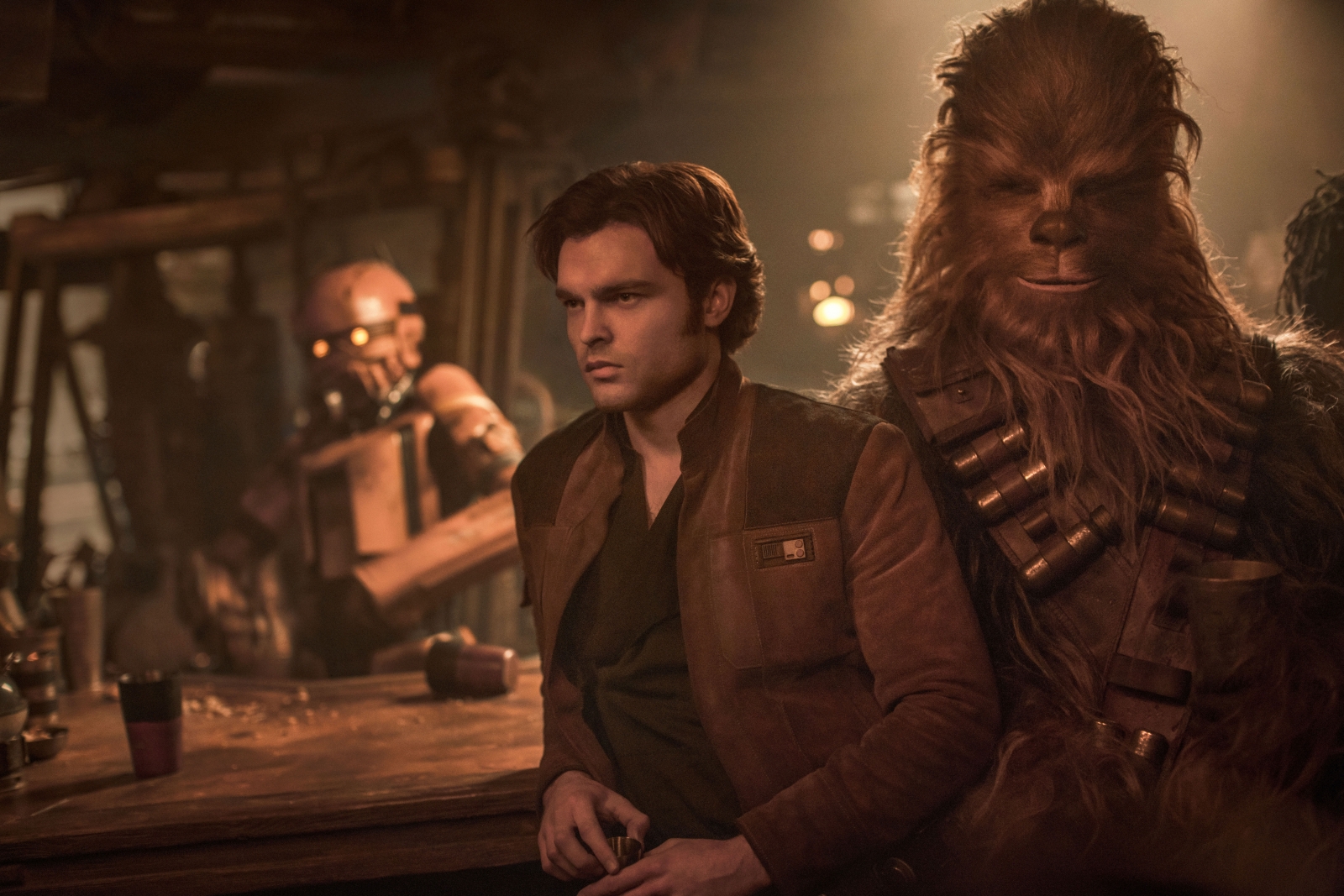 There is bound to be experimentation when it comes to the Star Wars Stories.

That phrase is the branding we’re using for films in the “Star Wars” universe which are not part of the main plotline. (You’d be forgiven for not even realizing this is a thing.) When “Episode IX,” scheduled for release in December 2019, arrives, we know what to expect: A continuation of the events in “The Last Jedi,” furthering a story that stretches back to the maligned “Phantom Menace.”

Now that Disney would like to produce “Star Wars” features on a yearly basis, however, they’re going to have to figure out what the extraneous narratives should be. They nailed it with “Rogue One,” telling an original and blessedly self-contained tale that tied into the main series but did not rely on it.

The next idea: How about an origin story? And so we get “Solo: A Star Wars Story,” visiting the early days of Han Solo (Alden Ehrenreich) and explaining bits of the character’s history both momentous (how he nabbed the iconic Millenium Falcon; how he met Chewbacca) and oddly specific (an entire scene is about how he got his name, a bit of information you typically wouldn’t even ask close friends to explain).

The resulting movie is fine.

I can’t tell you that “Solo” is a bad movie; it’s not. There are many enjoyable moments and sequences, a handful of surprising twists and revelations and a bevy of great performances. It looks great. It sounds great. It feels like a “Star Wars” movie.

It is not, however, immune from the perils of every origin story. The opening chapters of a biography rarely have a great dramatic arc; “Solo” is so busy setting up Han’s future that the plot is an afterthought, lolling behind at points before lurching awkwardly forward. There is a whole lot of business here — “Solo” feels longer than the 135-minute runtime would indicate.

I won’t spoil much about the course of the action, but it’s no help that the best sequence in “Solo” caps off the first act: Along with a ragtag group of bandits (Woody Harrelson, Thandie Newton and Jon Favreau), Han and Chewie must conduct a daring, mid-air train robbery. It’s a beautiful melding of western tropes with the “Star Wars” style and would’ve been a perfect climax. Unfortunately, it’s followed by another 90 minutes of movie.