The 400-Word Review: Sicario: Day of the Soldado

The unexpected sequel has its merits, but it may not be worth subjecting yourself to it. 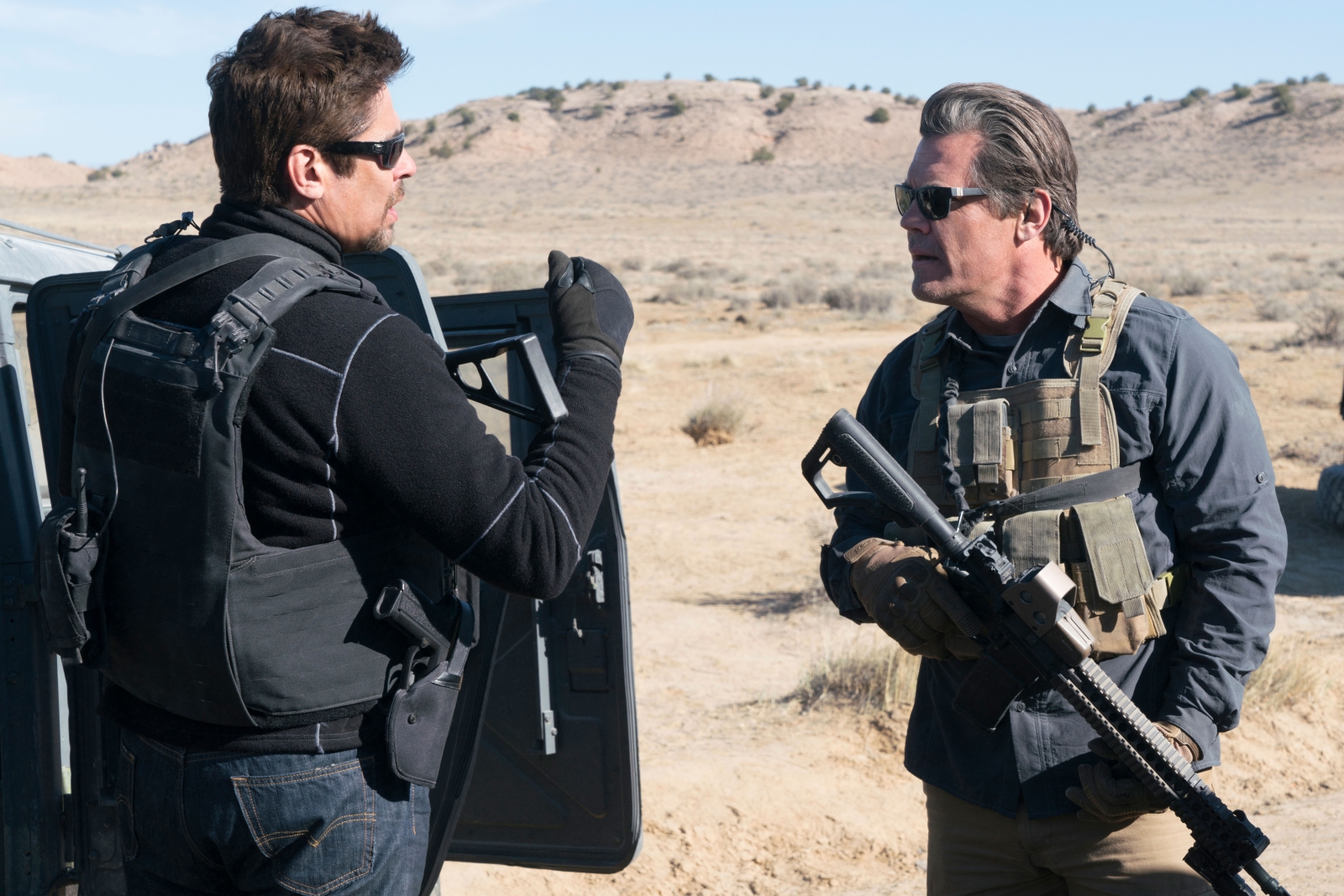 There’s got to be a good reason to put people through this movie right now.

“Sicario: Day of the Soldado” concerns border tensions, human trafficking, acts of terrorism on U.S. soil, the international drug trade and cartel violence. In the current political moment, it is an equal-opportunity offender, taking positions that will enrage those on the ideological right and the left. It is nasty, brutish and thorough.

In short: It’s not worth it.

The original film, “Sicario,” was worth it. Under the direction of Denis Villeneuve (then just beginning his ascent), the 2015 drama posed questions about Machiavellian realities in an increasingly uncontrollable world. Emily Blunt anchored a perfect cast that included great turns from Josh Brolin, Benicio del Toro and Daniel Kaluuya. It was shocking, yes, but it had plenty to say.

Three years later, Blunt and Kaluuya are gone. More importantly, though, so is the commentary; where the first film was philosophical, this one is nihilistic.

After a suicide bombing in Kansas City, the section of the U.S. government concerned with slightly extra-legal, visually dramatic secret operations determines that the Mexican cartels were involved in getting the terrorists across the border. The inelegantly explained solution: Start a war between the cartels to keep them busy.

Matt Graver (Brolin), a man who once explains his level of security clearance by saying “I’m special,” is enlisted to start the southern squabble, which he plans on achieving by kidnapping the teenage daughter (Isabela Moner) of one cartel capo and pinning it on the other side. With the help of his mysterious buddy Alejandro (del Toro), he gets it done — but things get considerably more complicated from there.

The performances, once again, are quite good; Catherine Keener and Matthew Modine pop up in supporting roles. Italian director Stefano Sollima, stepping in for Villeneuve, keeps the tension high, even as the pace lags. And there’s a sort of watchability to “Day of the Soldado” thanks to the inherent drama of a secret mission — if you can avoid letting the omnipresent references to the real world drag you out of it.

But Taylor Sheridan’s script feels half-formed, with no big thoughts and a lack of a point of view. That’s a serious enough flaw to make “Day of the Soldado” an ultimately middling effort.

And it’s not worth being reminded of a dozen pressing global plagues by a middling effort.