Taron Egerton stars in the anticipated Elton John biopic — with Sir Elton himself serving as a producer. 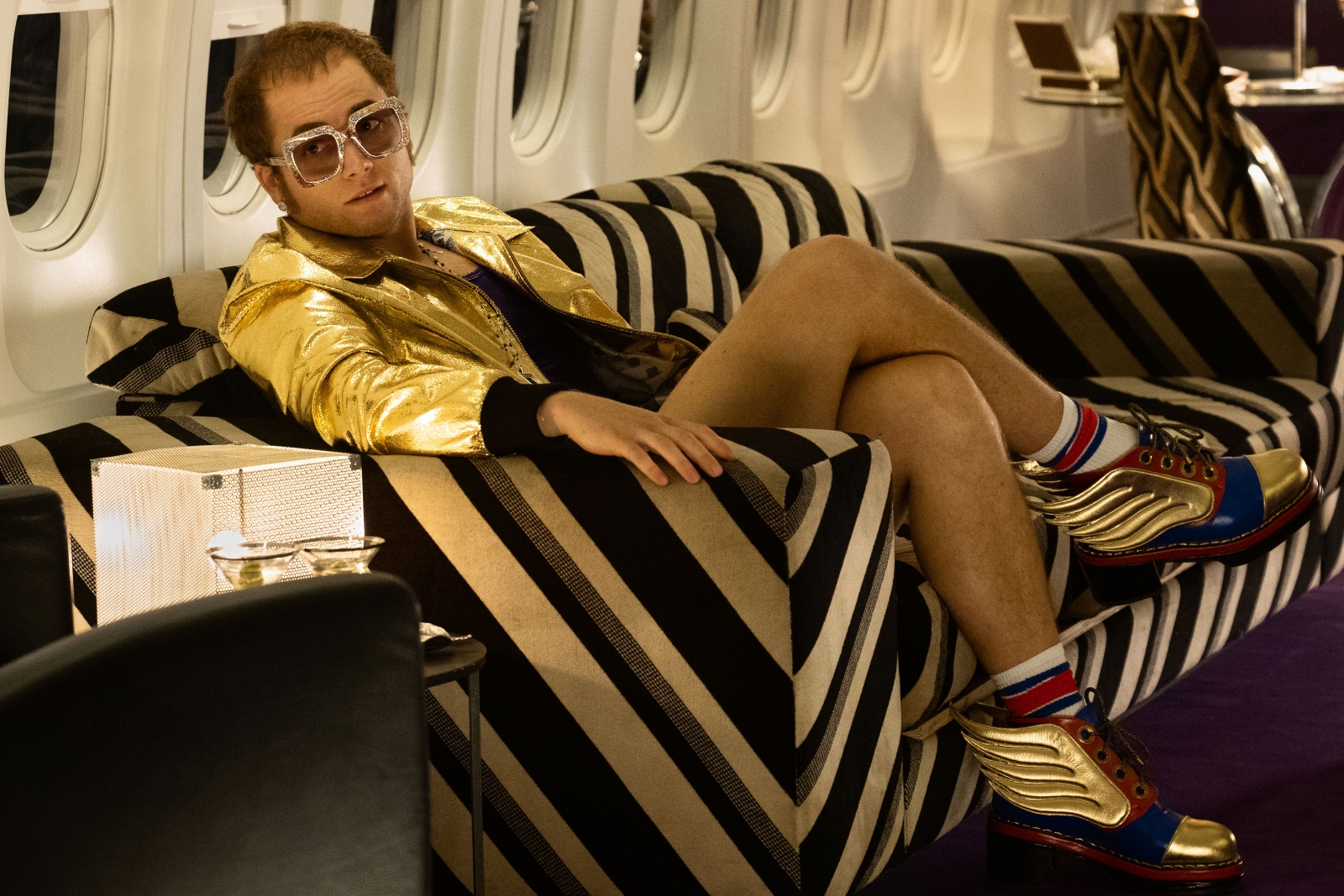 A growing question in the lucrative music-biopic market: Can a musician tell their own story and make a good film?

Last year, “Bohemian Rhapsody” was released with the surviving members of Queen listed as executive producers. It was popular and had some captivating sequences, but it wasn’t exactly good — and no one would call it risky or incisive. A recent Mötley Crüe biopic, “The Dirt,” also had the band members pulling the strings; the result was dreadful.

Now, Elton John biopic “Rocketman” arrives, and Sir Elton’s name is prominently displayed in the credits. Can Captain Fantastic mythologize himself in a satisfying way?

“Rocketman” splits the difference between a biopic with music (like “Bohemian Rhapsody,” where the music came naturally, when the band was onstage or in the studio) and a jukebox musical (like “Mamma Mia,” a more traditional screen musical). John’s hits are presented in elaborate, often dazzling fantasy sequences — a back-alley, “West Side Story”-esque rumble accompanies “Saturday Night’s Alright for Fighting” — but the overall film attempts to tell the musician’s life story, with decent results.

Fewer punches are pulled than you might think. John (Taron Egerton) is an unpleasant protagonist for most of the movie; his refusal to cope with childhood woes is an excuse to delve deeper and deeper into a litany of addictions and boorish behavior. Thankfully, his sexuality is presented frankly and honestly; it’s not a side-plot, as was the case in “Bohemian Rhapsody,” but an integral part of the story.

Unfortunately, it takes a full hour to get interesting. The script, by “Billy Elliot” writer Lee Hall, makes two assumptions: That we don’t generally know who Elton John is (we do) and that we are interested in the blow-by-blow of his rise to fame (we are not). There is no intrigue whatsoever in scenes of John and Bernie Taupin (Jamie Bell) trying to convince a manager of their talent; we can be fairly confident that they ended up getting famous, after all. (And the de facto scene where the young talent changes his name, a tired hallmark of such pictures, is utterly wasted celluloid.)

When we get to the “Behind the Music” stuff, things pick up considerably. And fortunately, Dexter Fletcher’s rambunctious direction inserts a bombastic musical number when things lag. The quest for a great musician biopic continues, but “Rocketman” is a half-step up the keyboard.

“Rocketman” opens in wide release on Friday, May 31.