Don't mistake this for another half-hearted teen scream. "Ready or Not" is an enjoyable horror satire. 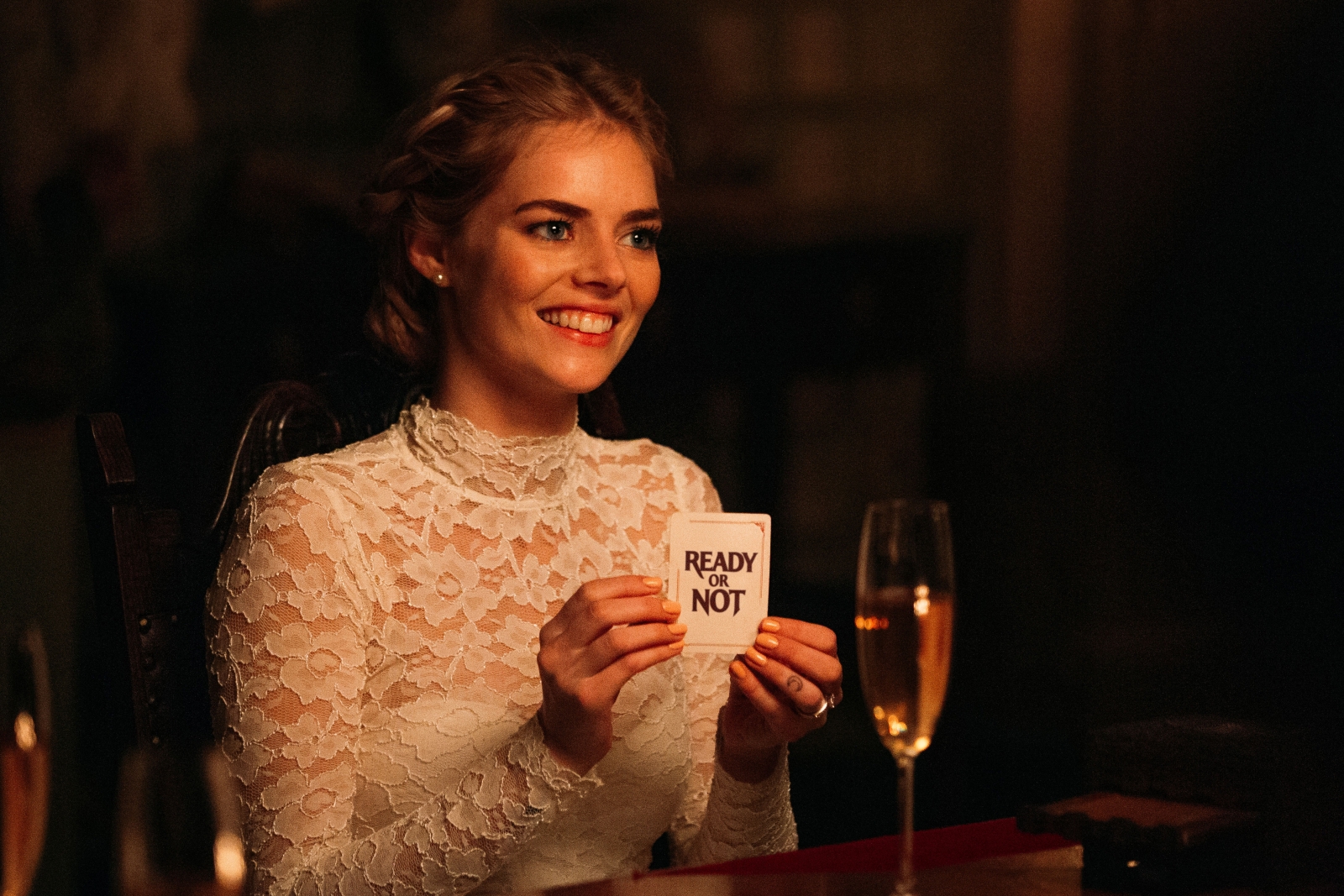 The super wealthy are very strange, may be working with the literal devil and will definitely kill you.

So posits “Ready or Not,” a surprising horror comedy that makes hay with an out-there premise and a game cast. What might’ve been a ho-hum spookshow — a game of Hide and Seek, but with murder! — is actually a genuinely funny genre riff. Like “Shaun of the Dead” or “Scream,” it’s a rare beast: A satire that works both as commentary on a style and an exemplar of the style itself.

Directed by Matt Bettinelli-Olpin and Tyler Gillett (and, stunningly, featuring no involvement from the ubiquitous Blumhouse team), “Ready or Not” stars Samara Weaving as Grace, a good-natured bride marrying (way) up. Her groom-to-be (Mark O’Brien) is the scion of a board game empire — imagine if Milton Bradley had been a Rooney — and the wedding will be held at the family’s remote, gothic estate, soaked with well-groomed servents and sneering relatives.

The ceremony passes without incident, but the shoe drops at midnight: For full admittance into the family, Grace has to draw the name of a common game from an heirloom puzzle box and play a ceremonial round. Most of the games are just games; if she draws the Hide and Seek card, however, the family will hunt her down.

Rich people: They’re just like us! But with elaborate, possibly hellbound murder rituals.

After the fateful card is drawn, Grace has to contend with the likes of condescending mother-in-law Becky (Andie Macdowell), ruthless father-in-law Tony (Henry Czerny) and drugged-up sister-in-law Emilie (Melanie Scrofano) — each armed with antique, but very functional, weaponry. The groom’s brother, Daniel (Adam Brody), might be willing to help her out, but can she trust him?

“Ready or Not” is pitch-black in its humor, and many of the biggest laughs are gruesome. (It really does not pay to be a maid in this family.) The satire is mostly directed at similar thrillers, such as “Truth or Dare,” the “Ouija” films and even the sprawling “Purge” franchise, which are humorless in their approach to absurd situations; if a premise is ridiculous, “Ready or Not” argues, better to have some fun with it.

Is it also a takedown of the 1%? That’s up to you to decide — although the movie will probably be much more enjoyable if you’re someone without regular access to a yacht club.

"Ready or Not" is open in wide release.