The 400-Word Review: Pope Francis: A Man of His Word

The careful documentary is a valuable document of the pontiff's philosophy. As a film, there are issues. 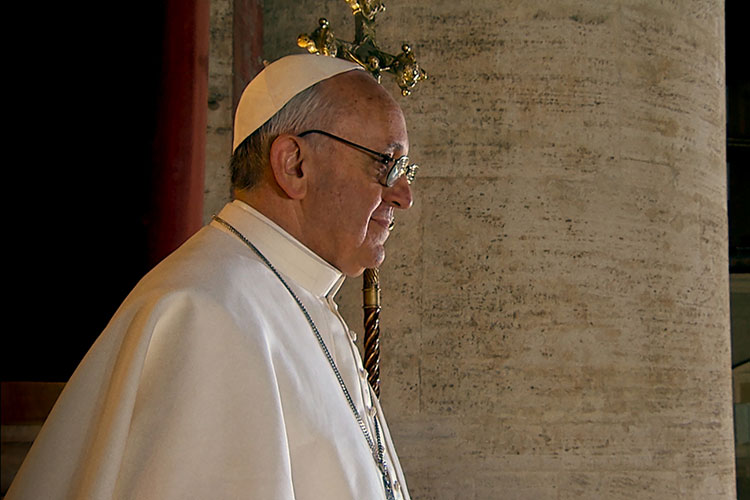 It’s not a bold statement to assert that documentaries should be critical of their subjects — not necessarily negative, but with a bold and questioning viewpoint. Nonfiction filmmaking that tends toward the reverential is often less vital.

The Pope — historically, and currently — tends to inspire reverence.

And so “Pope Francis: A Man of His Word” is limited in what it can achieve. Its director and narrator, Wim Wenders, does not seek to investigate his high-profile subject; instead, Wenders gives Francis a loving and sturdy platform. Because this Pope is a compelling and likable figure, the results aren’t unpleasant. They are, however, remarkably flat.

Inasmuch as “A Man of His Word” is an exploration of anything, it’s a dive into the philosophy and mindset of the pontiff, born Jorge Mario Bergoglio. Wenders frames his film with ample comparison to Saint Francis of Assisi, including (oddly amateurish) recreations of the Pope’s 13th-century namesake; the film culminates in a Papal visit to Assisi.

Wenders draws a line between the Saint’s gospel of poverty and the current pontiff’s rejection of material goods and condemnation of personal wealth. Assuredly, there is something lightly radical about Pope Francis’ rejection of the ceremonial trappings of his office; perhaps the film’s best sequence watches the Pope read a list of 21st-century sins to the Cardinals of Rome, condemning the insular and onanistic tendencies of the Vatican.

While there are notable gaps in Pope Francis’ progressivism, his messages of environmentalism and the redistribution of wealth are beautifully stated and lovely to hear. And Wenders makes sure we hear them.

Most of “A Man of His Word” consists of long, thoughtful shots of Pope Francis sitting and unwinding his philosophy. As such, it will no doubt be an important historical document and a valuable (and vital) viewing experience for Catholics the world over.

Not only is there not enough storytelling in “A Man of His Word,” but the film is also quick to shy away from controversy. Francis addresses and condemns sexual assault by priests, but the matter is not explored. Francis’ soft-pedal support of the LGBTQ rights is here, but the broader church’s continued condemnations are missing. Were those subjects beyond the scope of this specific project, as Wenders envisioned it? Perhaps. Were they necessary for a true exploration of the Pope? I think so.