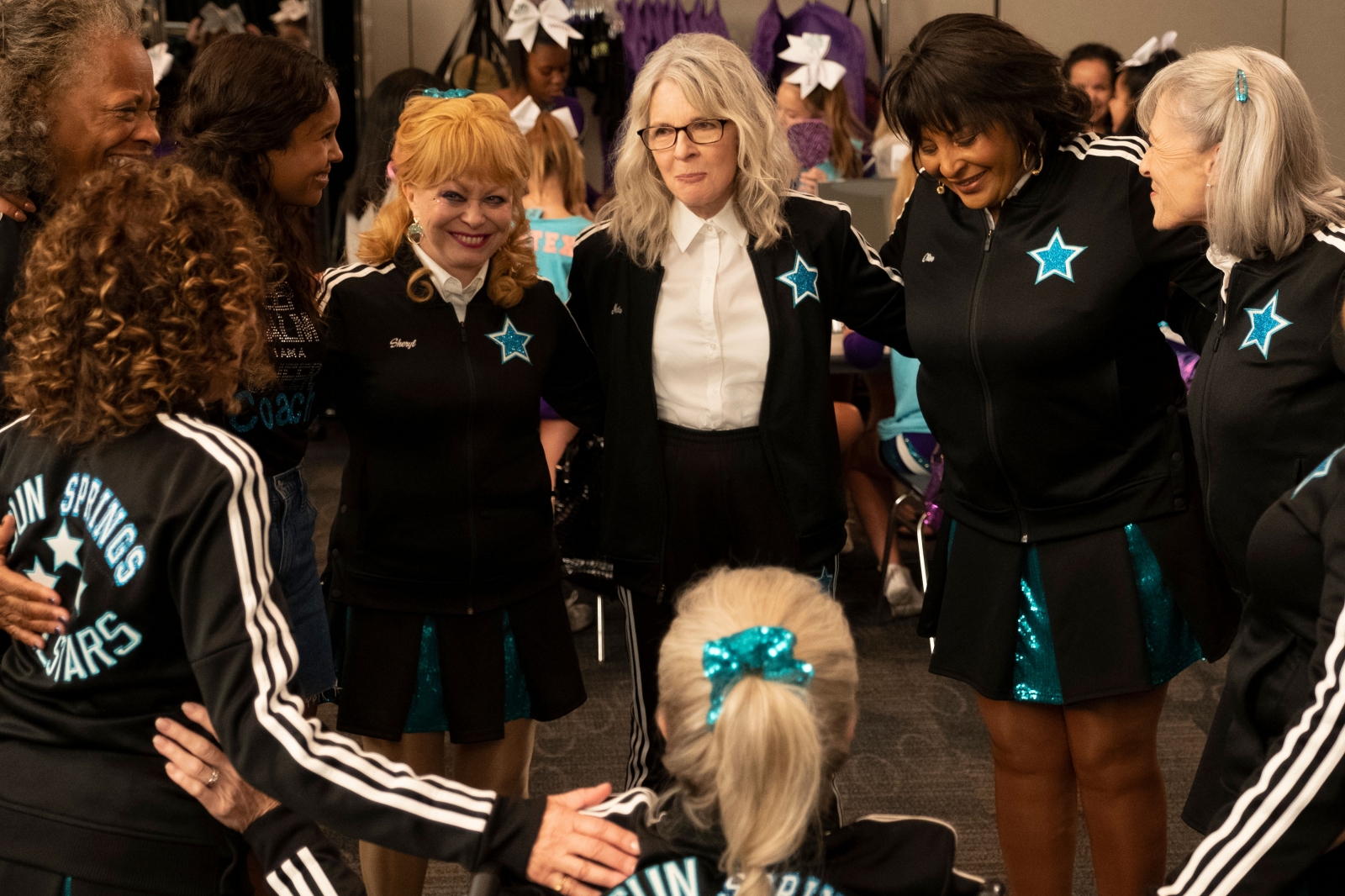 Comedies, generally, should be funny.

If you put that bit of advice aside for a moment, “Poms” has a lot going for it. It’s an easily affirming tale, loosely based on a true story, about a group of women in a senior-living community who form a cheerleading squad. It has a fantastic cast, led by Diane Keaton and Jacki Weaver, alongside the likes of Pam Grier, Rhea Perlman and Bruce McGill. Keaton, in particular, lends real pathos, giving “Poms” an emotional final act I wasn’t expecting.

Martha (Keaton) moves from her Manhattan apartment to a Georgia retirement village (the true story originated in Sun City, Arizona) to die in peace; she has ovarian cancer and isn’t inclined to either discuss or fight it. She envisions the community as an out-of-the-way hermitage where she can fade away undisturbed; instead, she finds an active (and invasive) complex full of very particular residents.

Community members are required to join at least one club or form their own. After bonding with her zany neighbor, Sheryl (Weaver), Martha opts to fulfill a deferred dream of her teenage years and become a cheerleader. Despite orthopaedic problems and the resistance of a toplofty neighborhood watch, Martha rallies a squad of seniors to enter a nearby cheer competition.

And none of it is particularly funny.

The script, from Zara Hayes (who also directs) and Shane Atkinson, offers some undeniably poignant moments surrounding Martha’s mortality, but it lacks jokes beyond the tired old-women-behaving-badly variety. It’s curious that so much of the humor in “Poms” relies on those themes — Perlman’s character letting loose with a potty mouth, Weaver’s joking about the virility of neighboring men — because, otherwise, it’s a movie about dignity in aging. “Poms” demands respect for its characters on the surface, yet undercuts them in nearly every scene.

The beats of the story are low-stakes, and conflict never really presents itself. The cheerleaders botch a test performance at a nearby high school, but you know the kids will come around; the neighborhood tyrant (Celia Watson) tries to shut down the club, but you know they’ll be back.

That’s fine; this is a light entertainment, and it has no obligation to plot out more than a garden-variety journey. With an all-star cast and a gentle touch, “Poms” might’ve been a gentle winner.

But it’s just not funny. And comedies need to be funny.

"Poms" opens in wide release on Friday, May 10.