Netflix's action thriller is forgettable, but serves well as a quick throwback. 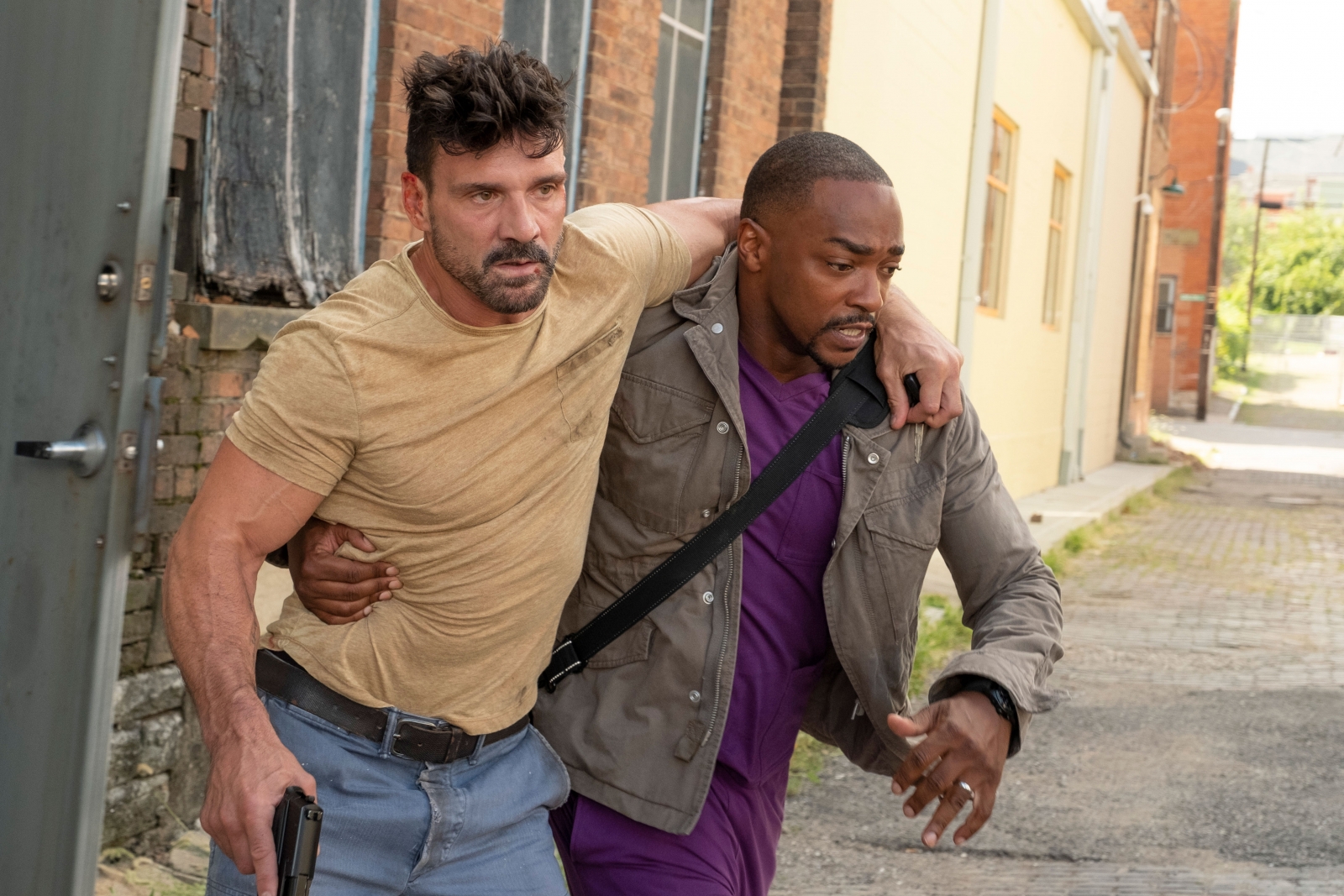 I usually bring little preliminary research into a movie, in pursuit of some kind of (admittedly impossible) unbiased viewing. Among the few pieces of information I do frequently check in advance, however, is the running time.

If it’s under 90 minutes, I’m overjoyed.

It’s not that I don’t like long movies; there are plenty of epics I truly cherish. But the average running time has eased past the two-hour mark in recent years, often with diminishing returns; with most movies, additional cuts are never a bad idea.

“Point Blank,” a new thriller debuting on Netflix, is 84 minutes. The credits roll at 81. This is a beautiful thing.

The breakneck pace works especially well in this story. A nurse (Anthony Mackie) happens to be caring for an injured fugitive (Chris Grillo) at the moment when the bad guy’s brother (Christian Cooke) sneaks in to try and get him out. The brother kidnaps our hero’s very pregnant wife for leverage, and we’re off to the races.

There are crooked cops, redeemed criminals and various slices of “Grand Theft Auto” style underworld ahead, but all that hardly matters. “Point Blank,” written by Adam G. Simon and based on a 2010 French film, is pure action catnip: Set up the scenario, wait to see if our protagonists get through it okay.

Strong performances elevate the film considerably. Director Joe Lynch does yeoman’s work, but mostly handles the film in a presentational way; it’s on Mackie and Grillo to make it memorable, and they rise to the challenge. Strong supporting turns from Marcia Gay Harden and Boris McGiver help, too.

It doesn’t wrap up in a suitably bombastic way, and there are rough edges — particularly an often bewildering soundtrack. (An upbeat adult contemporary number that played throughout much of the climax had me pausing the film to check that a stray radio hadn’t turned on somewhere in my house.) Despite a few twists and turns in the second act, you’re not likely to remember much about the film; it’s designed to kill time after you run out of “Stranger Things” episodes, not provide repeat viewings.

Ultimately, though, “Point Blank” is a mostly enjoyable throwback. A few decades ago, this would’ve whisked in and out of theaters and then been shown for years on HBO at 11:30 p.m. (or on TNT in prime time). Now, it’s on Netflix. That feels about right.