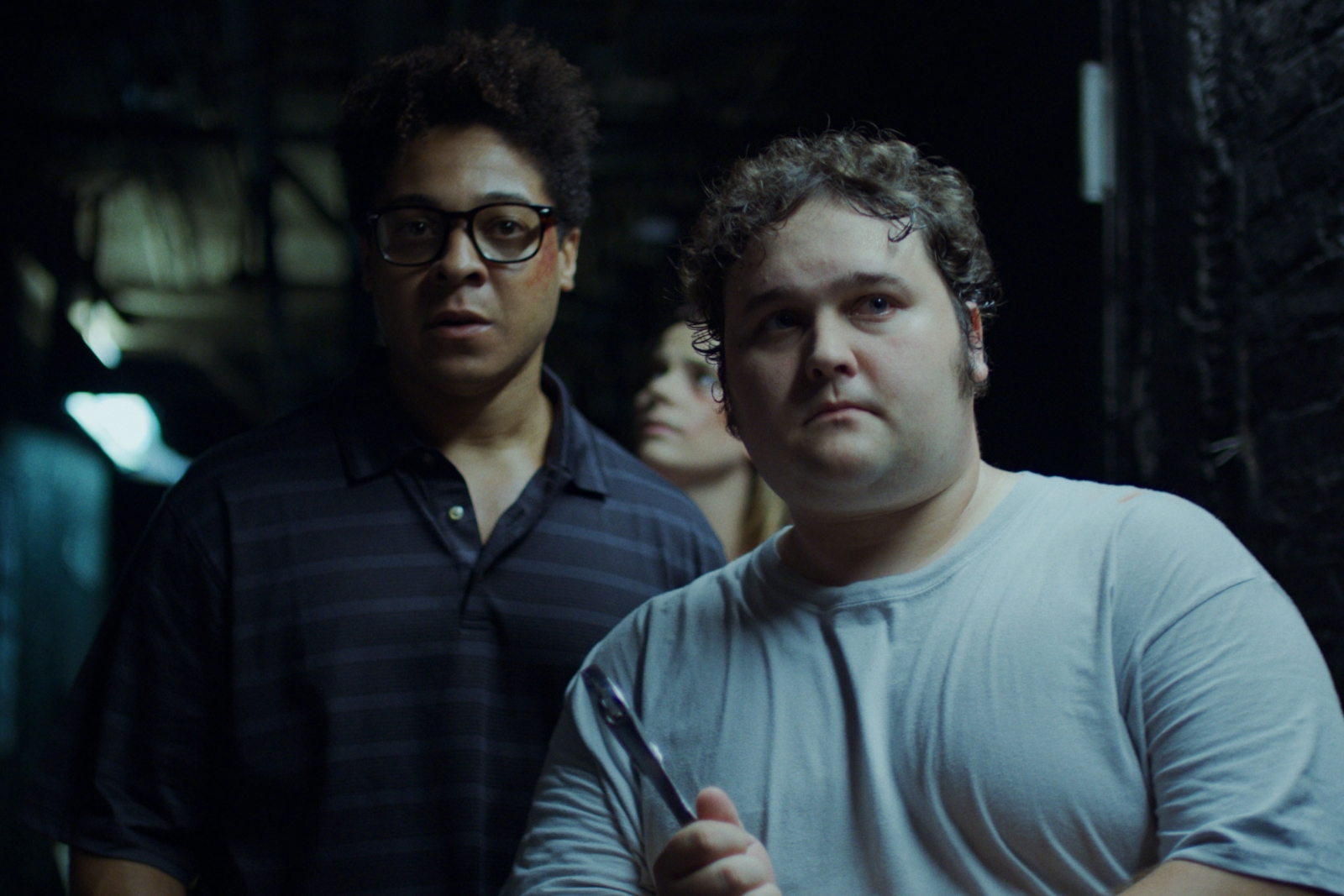 To paraphrase an old adage into 21st-century relevance: Mamas, don’t let your babies grow up to be frat boys.

The need for a greater overhaul of the Greek system is perhaps beyond the scope of “Pledge,” a sinister new horror film distributed by IFC’s genre-focused IFC Midnight label. (See “The Hunting Ground” for a more real-world discussion on contemporary campuses.) But as a video-nasty take on hazing gone to stunning extremes, this indie gem, from director Daniel Robbins, does pretty well for itself.

Freshmen David (Zack Weiner, also the film’s writer), Ethan (Phillip Andre Botello) and Justin (Zachery Byrd) are desperate to improve their social prospects by joining a fraternity at an unnamed, suburban college campus. Unfortunately, they’re the awkward sort of post-adolescents better suited for late-night Dungeons & Dragons sessions than keggers. David is determined to change that; when an impossibly attractive upperclasswoman invites the trio to an exclusive, off-campus rager, the offer seems too good to be true.

When the boys arrive at a stately manse deep in the woods, they’re awarded with wine, women and song. Upon returning later that night, purportedly to formally pledge, things turn sinister. After hours of sensory deprivation, branding irons and worse — yes, worse — the hapless collegiates begin to question whether they’re being hazed or just plain tortured. (Not that there’s that big of a difference, after all.)

I have one fundamental objection to “Pledge,” though; there was no need to introduce uncertainty to the lads’ dilemma. There is ample room for a horror film that is simply about hazing and the bizarre, pseudo-Masonic rituals that stand between new college students and such organizations. I want to see the horror film that does for the Greek system what “Green Room” did for the punk scene — show us the violence and chaos that always lurks one degree beneath the surface.

“Pledge” doesn’t take it in that direction, diverting to a more conventional alone-in-the-dark format when the chips are down. There are distinct echoes of “Get Out” in key scenes (not a knock; new directors should always take notes from the best) and, thankfully, little indulgence in the gore-first splatter pics of the ’00s.

There’s also a tremendously satisfying ending, the sort that can make a ho-hum flick memorable. It’s a quick and passing success but a suitably strong hit of fear for genre aficionados that will resonate enough with general audiences.