In Netflix's historical epic, Braveheart gets another chapter (and an upgrade). 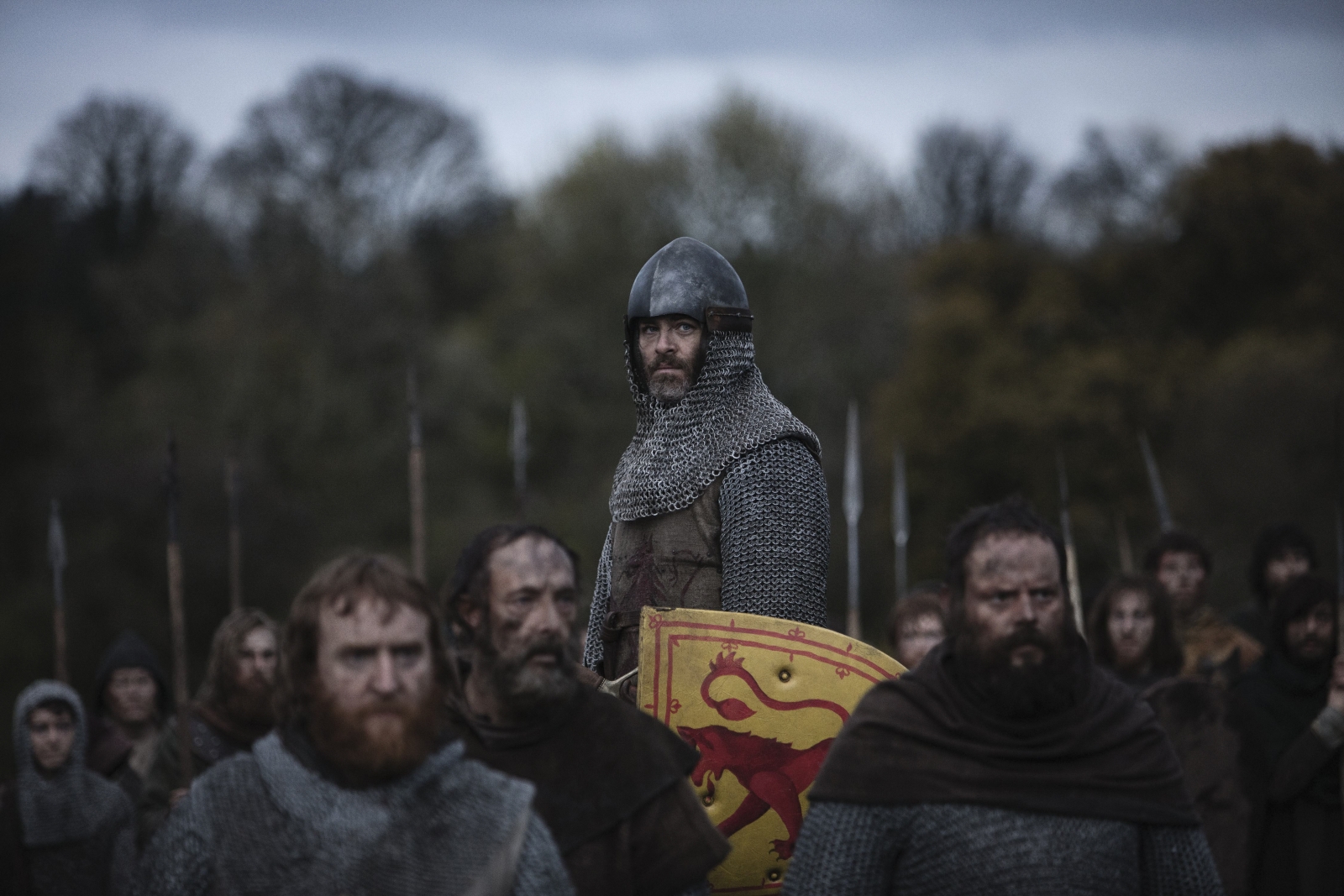 I realize that you can’t make a serious movie and then call it “Braveheart 2,” but … the makers of “Outlaw King” really should’ve gone with “Braveheart 2.”

The events of that film — you remember, William Wallace and blue faces and Scottish defiance — are a prelude to the history depicted in David Mackenzie’s “Outlaw King,” an epic recounting Robert the Bruce’s 14th-century guerilla war against the English. Wallace isn’t in this movie (most of him isn’t, anyway), but he’s discussed at length; his death serves as something of an inciting incident for Robert and his army.

And yet, while “Braveheart” had some manic drama and faux-toplofty pretension (it didn’t win an undeserved Best Picture Oscar for nothing), the tale depicted here is more satisfying and direct than the Wallace story.

After the rebellion Mel Gibson taught us about is put down, Robert the Bruce (Chris Pine) agrees to serve Edward the I of England (Stephen Dillane), who is desperately trying to achieve peace before he dies — in large part because he doesn’t trust his son, the Prince of Wales (Billy Howle), to actually manage things. When the British make a show out of Wallace’s defeat, however, the rebellion rises anew and Robert is crowned King of Scots.

It’s a war movie from there, but a compelling one. The uprising is significantly outnumbered, blindsided by an untoward attack and demoralized. However — as is the case in most good war movies — the hero is savvy and the villain is kind of a moron.

There’s some slight commentary in there about arrogance and privilege, but “Outlaw King” is mostly just an entertaining yarn. Pine is good; Florence Pugh, the breakout star of last year’s “Lady Macbeth,” is even better as Elizabeth de Burgh, given more to do than the beleaguered Queen often does in movies of this sort.

That’s but one way that “Outlaw King” rises above its brethren. Medieval epics and middle-age dramas can often fall flat, rendered too often as westerns without charm; Mackenzie, who co-wrote and co-produced the film as well as directed it, has quite correctly realized that films in this setting are supposed to be adventures, not overwrought meditations on power. As was the case in his underrated “Hell or High Water,” he has proven adept at marrying quality and entertainment.

As a result, while it’s not perfect, “Outlaw King” is better than “Braveheart.”