A retelling of Shakespeare's biggest hit from another point of view is a good idea, but "Ophelia" squanders the premise. 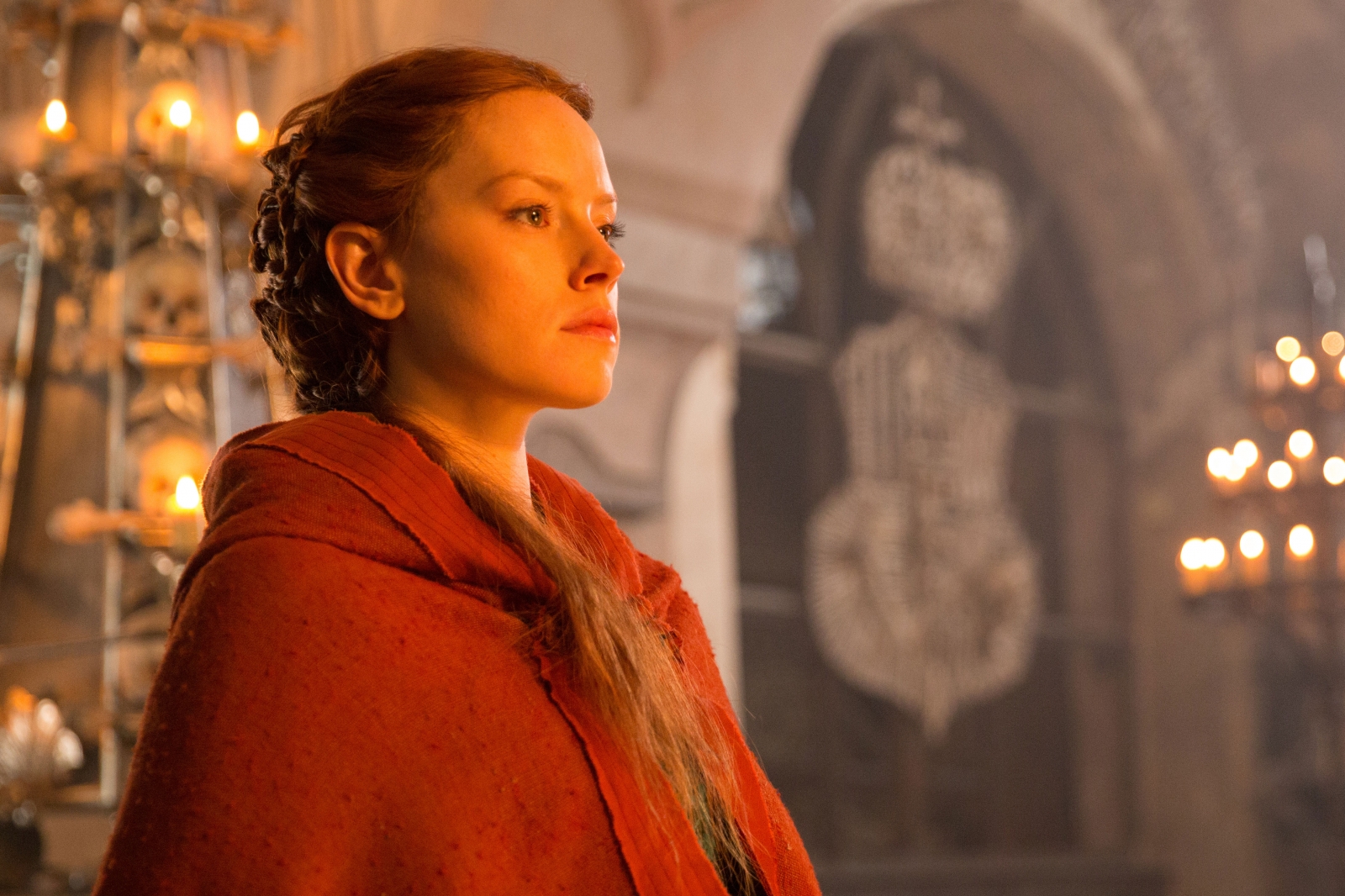 “You cannot know what it is to love a son,” Gertrude snarls.

“I know what it is to love yours,” Ophelia replies.

The moment begs for a sitcom audience to hoot suggestively.

That’s the trouble with “Ophelia,” a pulpy, melodramatic take on “Hamlet” from the perspective of his ill-fated lover, adapted (by Semi Chellas) from a book by Lisa Klein. While I’m sure the novel makes for a perfectly enjoyable beach read, when turned into a film, it’s little more than the CliffsNotes of the tale with a lot of longing glances and ethereal background choirs.

Claire McCarthy’s film begins, after the obligatory bit of here-is-my-story narration, with Ophelia (played as an adult by Daisy Ridley and as a child by Mia Quiney) impressing Queen Gertrude (Naomi Watts). She’s brought on as a lady-in-waiting, but she’s spurned by her bratty counterparts for being of common birth.

Her ignoble upbringing is of no consequence to a slightly bratty Hamlet (George MacKay), who divides his time between feuding with his smarmy uncle, Claudius (Clive Owen) — who has usurped Hamlet’s father’s throne and marriage — and chasing Ophelia around the castle grounds.

Its additions are not insight, but rather added plot; a rambling backstory about Claudius, an unborn child and accusations of witchcraft add extra motivation to a story that needed none. “Ophelia” would’ve done well to expand its heroine’s arc beyond what Shakespeare gave her, but the course is pretty much the same: worried, sad, mad, dead.

What quality there is in “Ophelia” comes from the actors, who have all exerted a great deal of sincere effort in spite of the script’s more preposterous leanings. Owen, Watts and Ridley are all quite good; MacKay can only do so much with the prince, but Hamlet was always a bit of a putz. (Some inspired stunt casting has Tom Felton, forever inseparable from his many years as Draco Malfoy, playing basically the same character as Laertes.) The cinematography, by Denson Baker, also helps; McCarthy can’t tone down the syrup enough to make “Ophelia” work, but she and Baker put some nice shots together.

An absurd, fanfiction-style ending pushes “Ophelia” from mediocrity down into sheer silliness. Nevertheless, I’m sure it’ll be very satisfying to its target audience. (Its target audience is anyone who owns multiple decorative swords.)

"Ophelia" opens today, for a one-week engagement, at the Harris Theater.