The spinoff to the early-2000s heist series is nothing if not mediocre. 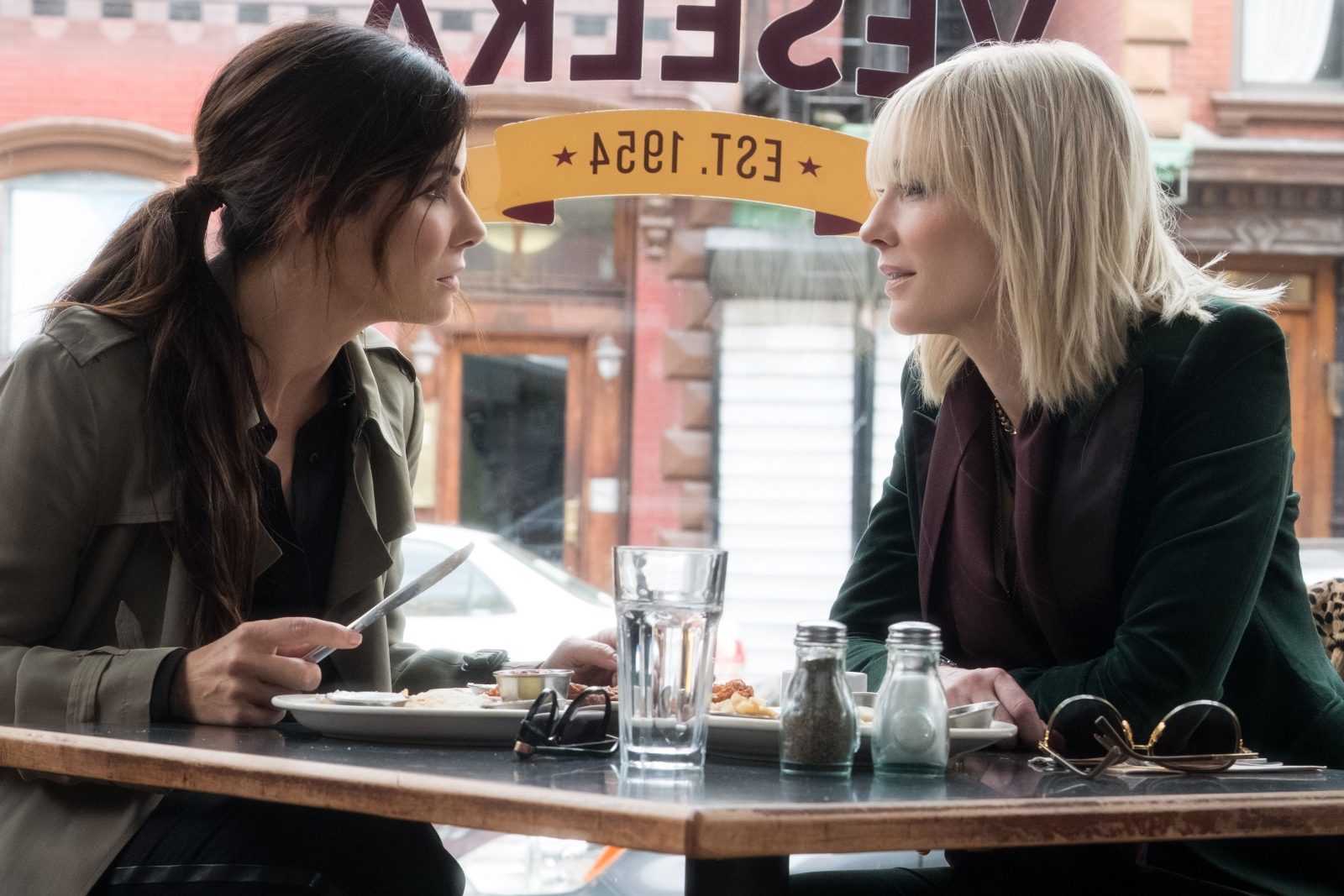 Right in the middle of all of those movies, at the exact gravitational point between absolute good and utter bad, sits “Ocean’s 8,” a platonic ideal of mediocrity.

Spinning off from the popular trilogy of crime films starring George Clooney and Brad Pitt, “Ocean’s 8” restarts the heist hijinks by introducing Debbie Ocean (Sandra Bullock), the sister of Clooney’s character — who, we are unceremoniously told, has recently died. (She brings a martini shaker to his tomb and openly ponders whether or not his passing was a hoax.)

Our new Ocean, fresh out of prison, immediately begins planning a big score with underworld BFF Lou (Cate Blanchett). She’s got a plan, you see: If they can pull the right strings (nearly all of which do not so much strain credibility as openly mock it), they can nab a $150-million necklace off the collarbone of actress Daphne Kluger (Anne Hathaway), who will be wearing the pricey bauble to the Met Gala.

It is simultaneously more complicated and less difficult than it seems.

Gary Ross — writer/director of “Pleasantville,” writer of “Big,” swiftly ousted helmer of the first “Hunger Games” film — directed and co-wrote, with Olivia Milch. His main concern seems to be shoving the half-cooked premise along to a full running time; very little happens in a film with so many moving parts, and the success of the team’s caper is never in any kind of doubt. A series of post-heist reveals and roadblocks — including the appearance of a quipping insurance investigator played by James Corden — do little other than fill time.

The good news: This is an excellently assembled cast, and they are free to be themselves and charm the crowds. Bullock and Blanchett are an enjoyable pair; Rihanna and Awkwafina outshine their unfortunately limited screen time. And what the heist genre lacks in dramatic tension, it often makes up in watchability. You probably won’t regret seeing “Ocean’s 8,” — because you won’t have any feelings about it at all.