Well into Adam Sandler's tenure as a Netflix actor, he finally comes up with a mostly enjoyable comedy. 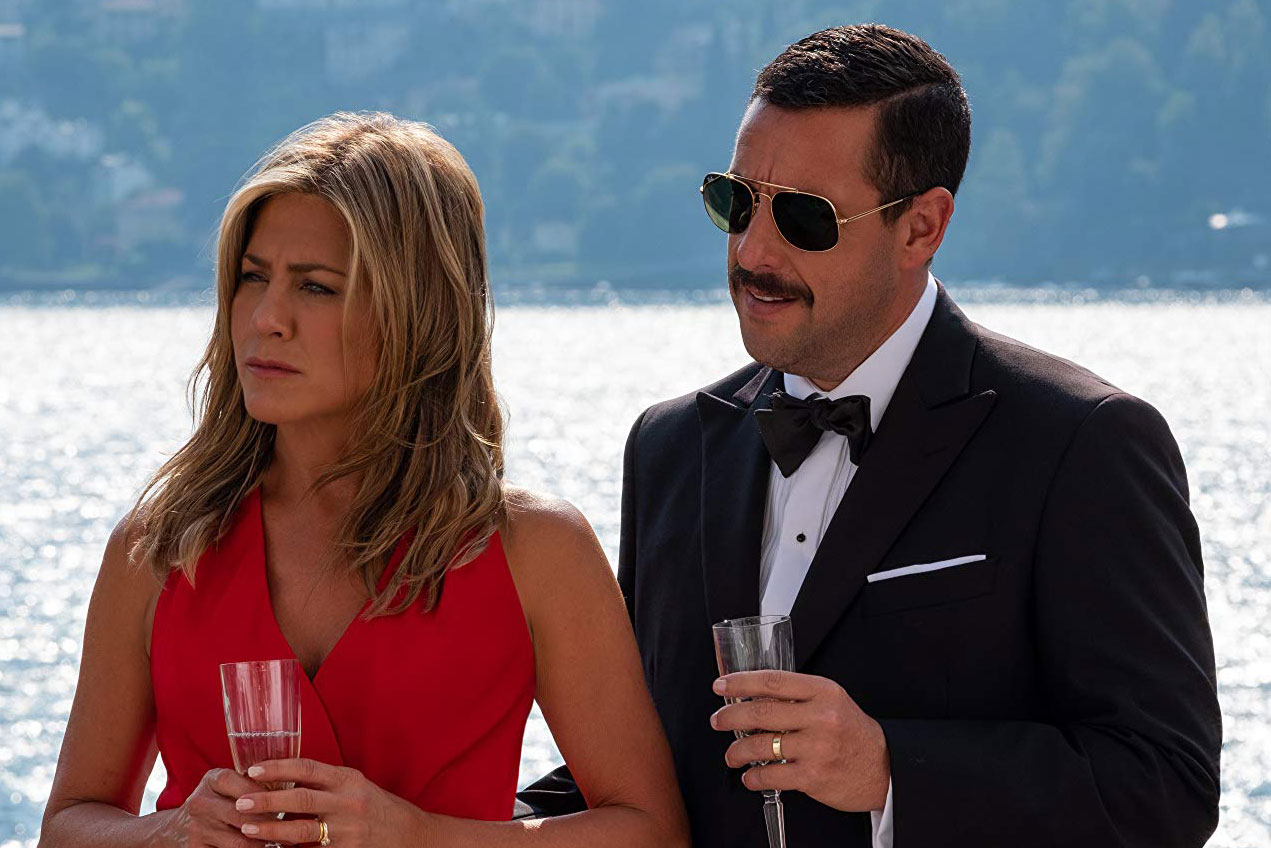 Adam Sandler continues to appear in Netflix originals, many of which have passed without much notice. You’d be forgiven if the likes of “Sandy Wexler” or “The Do-Over” escaped your notice; they were neither strongly promoted nor critically admired. (His infamous debut with the streamer, “The Ridiculous 6,” maintains its 0% score on Rotten Tomatoes to this day.)

The Sandler deal, and several of the films the star has made for Netflix, predated the service’s great leap forward in terms of movie quality. This is now the home of “Roma” and “The Ballad of Buster Scruggs.” With the service positioning itself not merely as a content shotgun but also as a destination for prestige, can Sandler — famously indifferent to the objective quality of his output — keep up?

At least in the case of “Murder Mystery,” the answer is: Sort of!

It’s a perfectly acceptable diversion, at least. Nick (Sandler) and Audrey Spitz (Jennifer Aniston) are approaching their 15th wedding anniversary, an interval which has passed without a honeymoon. He’s a New York beat cop, and he’s hiding the fact that he hasn’t yet been promoted to detective. (He’s also pretending he’s pulling in a detective’s salary.) Rather than admit his failings, though, Nick books a slapdash trip to Europe.

En route, Audrey meets a dashing hunk of minor nobility, Charles Cavendish (Luke Evans). For reasons the script doesn’t precisely make clear, the viscount is enamored with the couple and invites them to join him on his preposterously ornate yacht. The Spitzes arrive to find it packed with an Agatha Christie-esque cast of characters; when Cavendish’s wealthy father is murdered, a good, old-fashioned whodunit is afoot.

Both Spitzes want to crack the case; Nick to prove his detective chops, Audrey because she’s a devoted mystery-novel hound. Aided by a game supporting cast including John Kani, Gemma Arterton and Terence Stamp, the light premise gives Aniston and Sandler plenty to play off of.

The leads seem more at home here than they did in their big-screen pairing, “Just Go With It,” and Sandler’s slightly aloof banter is served well here. Director Kyle Newacheck, mostly a TV-comedy veteran, keeps things simple, but manages to capture some lovely shots of dreamy European settings.

It’s not another “Happy Gilmore,” or even a “Waterboy.” But “Murder Mystery” is a breezy and occasionally funny slice of light entertainment. That’s not a bad look for Sandler.