Another attempt to start a dystopian franchise can't deliver on its strong premise. 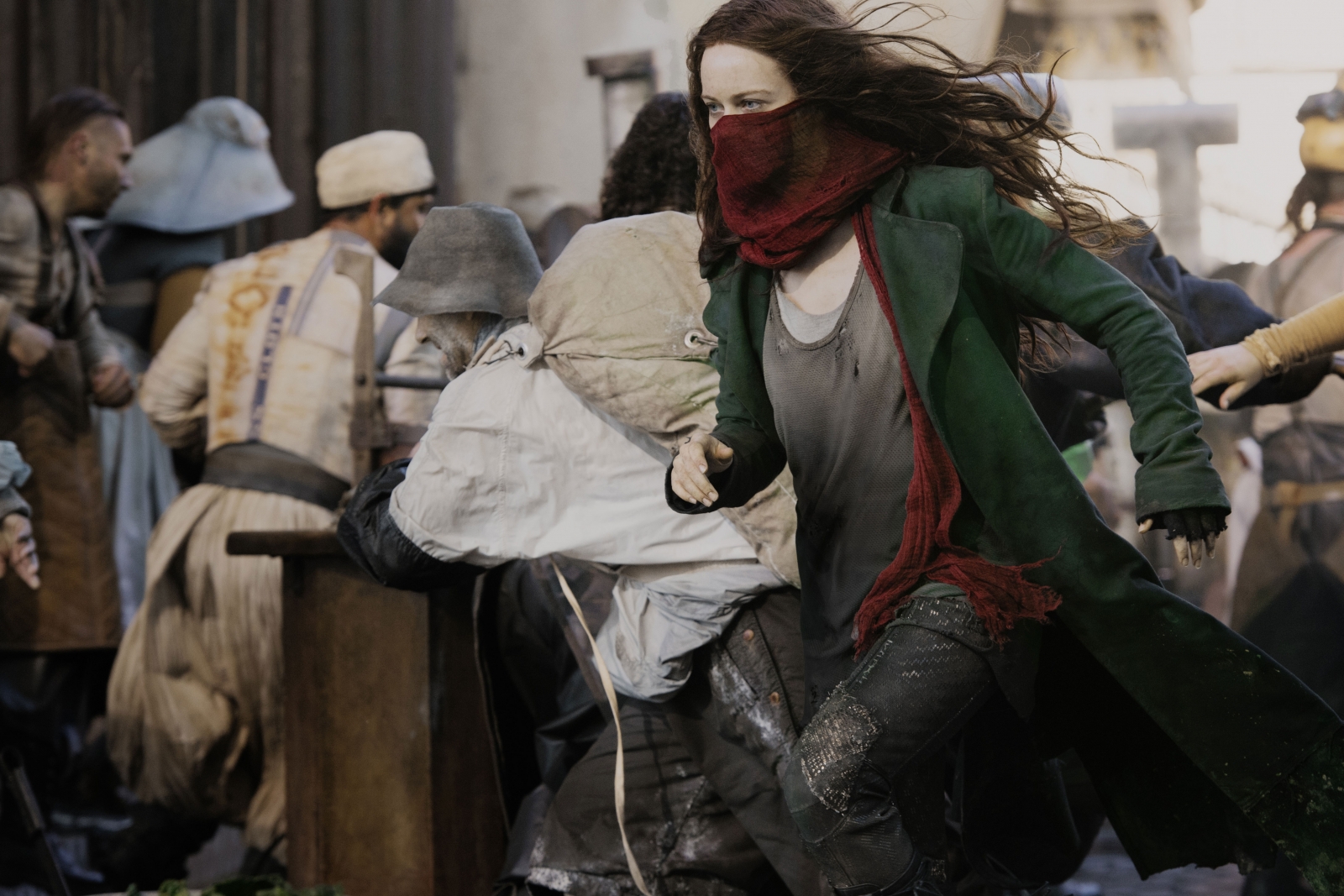 The dystopian epic “Mortal Engines” — a gaudy mannequin of a movie — is the latest big-screen attempt to create a successor to the “Hunger Games” series. Even as similar franchises falter, stumble and fall (I don’t think we’re going to be wrapping up that “Divergent” business), studios continue to throw impossible budgets and inordinate hype behind tales of post-adolescents rescuing wasted worlds.

This one has a compelling premise, at least: After ecological disaster spurred by a war of mutual destruction, the surviving humans have retrofitted their cities into scavenging, gargantuan tanks, wandering the ruined planet in search of scant resources. In a thrilling opening sequence, mighty London chases down a hardscrabble Bavarian village, eventually consuming it whole and claiming its citizens as involuntary refugees.

Now that’s an opening! “Mortal Engines” comes out of the gate strong, establishing an imaginative world and visual language.

Then it is forced to come up with a story, which it is ill-equipped to do.

Given a script adaptation by the “Lord of the Rings” power trio of Fran Walsh, Philippa Boyens and Peter Jackson, “Mortal Engines” focuses on a pair of mismatched early-20s survivors. Tom (Robert Sheehan) is a low-level functionary with a fetish for history; Hester (Hera Hilmar) is a scrappy orphan out to avenge her mother’s death.

Unfortunately, the guy who committed the matricide, Thaddeus Valentine (Hugo Weaving), is a higher-up in London’s vague political structure. After Hester (ineffectually) stabs him, Thaddeus chucks both her and Tom off the city. Will they learn to tolerate and perhaps understand one another? (Yes.) Will they find allies in this hardscrabble world? (Obviously.) Will they fall for one another? (Of course. What, are you new here?)

“Mortal Engines” series scribe Philip Reeve is less a storyteller than a curator of cliche. This tale — which I should note is supposedly quite different than the book, which I will absolutely not bother to read — is a homemade quilt of repurposed story beats. No character in this film will do something you haven’t seen a very similar character do in the past.

One scene manages to rip off the ending of two different “Star Wars” movies at the exact same time.

Inexperienced director Christian Rivers isn’t deft enough to tease intrigue out of “Mortal Engines” once it becomes clear that the source material has little to offer. The result is a sad, if not surprising, disappointment.