The alien-comedy series hasn't been good since the 20th century. That trend continues with this soft reboot. 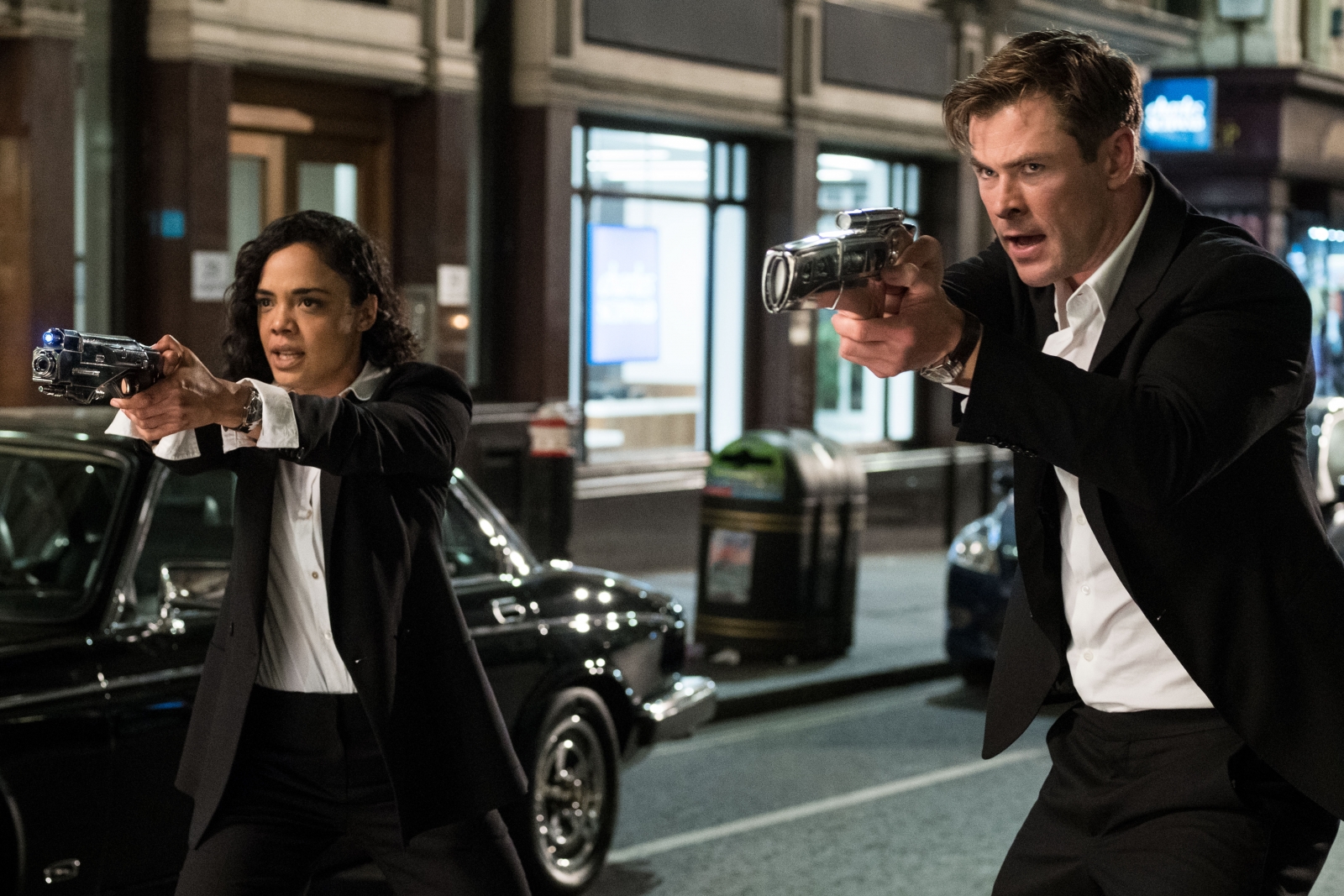 Men in Black International,” a bad idea executed lazily, is light-years away from what it needed to be. The flagging franchise, which has rightfully been in cold storage since 2012’s dreadful “Men in Black 3,” would’ve needed a fresh, lively new chapter to return to relevance.

This film is not fresh. It’s not lively. And it is woefully unnecessary.

I suppose it could be generously characterized as mediocre, solely on the strength of its leads. Alien-obsessed MIB recruit M (Tessa Thompson) is sent to the organization’s London branch, home of hotshot Agent H (Chris Hemsworth). H is asked to entertain a visiting dignitary by the local boss, High T (Liam Neeson) — yes, his name is the worst joke in a movie with plenty of bad jokes — and M talks her way into tagging along.

When the alien ambassador is killed, however, he slips M a cosmic doodad, begging her with his dying breath to keep it safe. The ensuing mystery, involving a pair of shapeshifting invaders (Larry and Laurent Bourgeois), propels the action for two long hours.

There’s comic relief, in the form of a boisterous, lilliputian alien voiced by Kumail Nanjiani, and a three-armed femme fatale (Rebecca Ferguson). Emma Thompson, as the boss of the New York branch, is woefully underutilized. Perhaps she had the good sense to minimize her involvement.

Thompson and Hemsworth, co-stars in the “Thor” corner of the Marvel Cinematic Universe, have obvious chemistry. Nanjiani is naturally funny, even in a broadly written role. But the plot is yawn-inducing; every film in this series has involved an intergalactic Matlese Falcon and imperiled alien bigwigs. Something fresh would’ve been welcome.

Moreover, how many films this year will involve superpowered or intergalactic foes hurling balls of CGI nothing at one another? Twenty? Fifty? When the original “Men in Black” debuted in 1997, it was refreshing and different — a true sci-fi comedy in an era where starbound humor wasn’t ubiquitous. Now, we get one of these every month. “Men in Black International” is less a tentpole blockbuster and more a sad, feeble “Guardians of the Galaxy” knockoff.

Oh, and just so you’re not waiting for it: No, neither Will Smith’s J nor Tommy Lee Jones’ K bother to pop in for a cameo. The stars had the good sense to leave the black suits in the closet. If only the producers had done the same.