The latest chapter in the Hong Kong martial-arts franchise gets a Pittsburgh release. 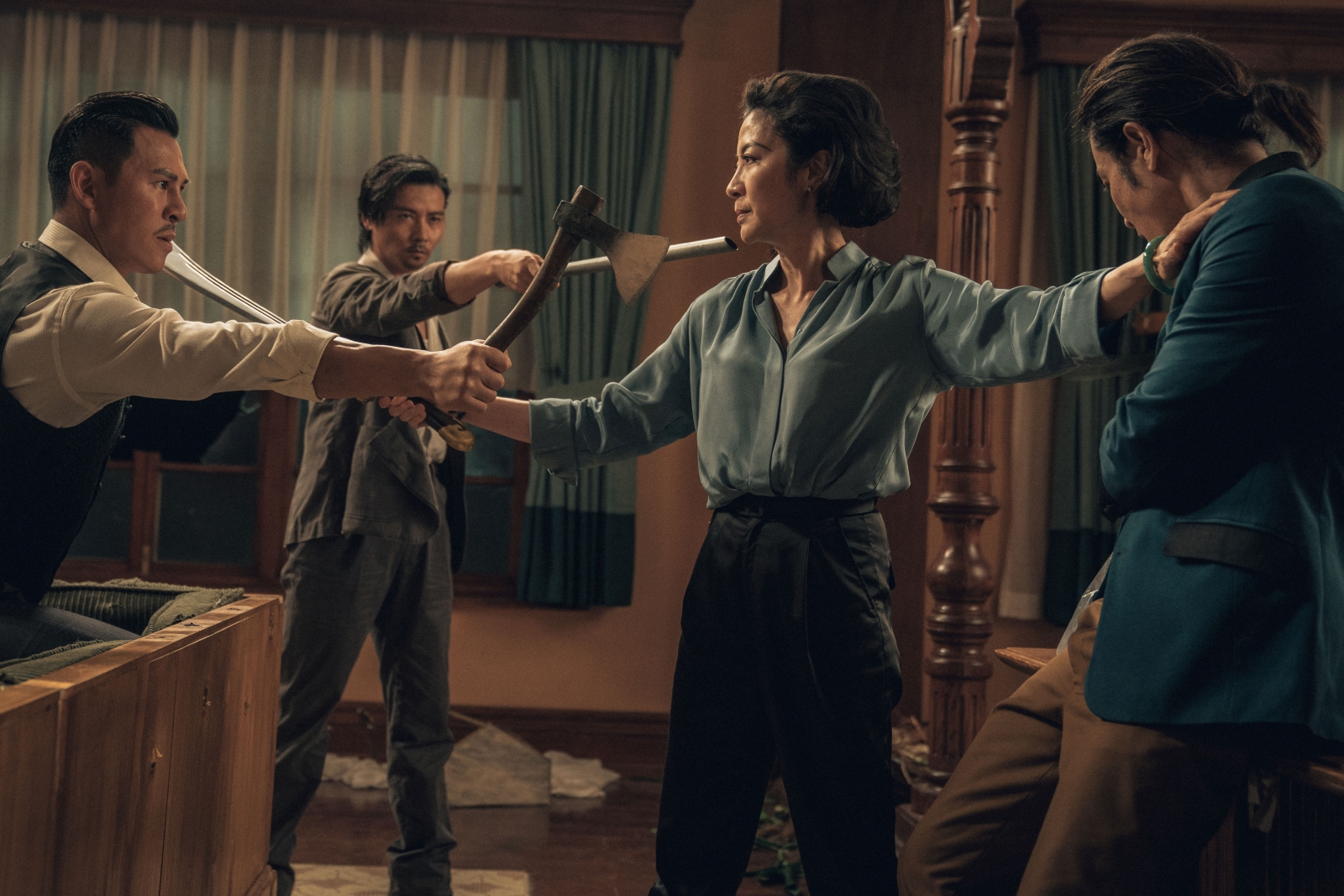 The “Ip Man” series, an increasingly sprawling franchise of martial-arts films from Hong Kong, represents something of a return to form for the genre: Relatively simple plots, a romanticized, early-20th-century setting — and lots of excellent fighting.

An explainer: Ip Man was a real martial artist, born in 1893 in Guangdong. He would popularize the form known as Wing Chun and teach it to his most famous disciple: Bruce Lee. The great Lee pictures depict Wing Chun, and after the star’s death, the idea of a film about his teacher was floated for decades.

That film, simply titled “Ip Man,” was finally released in 2008. A modest hit in the U.S. but a force throughout Asia, the film begat several sequels and spinoffs; “Ip Man 3,” from 2016, was the biggest hit, pulling in a global total over $150 million. (It also began establishing ties to the West, in part by casting Mike Tyson as a key villain.)

Embarrassed by his defeat, Cheung briefly works as a mercenary before retiring to run a small shop and raise his young son. When a dispute between neighbors and the small-time local boss of a criminal gang catch his attention, however, he’s drawn into the conflict.

The cast carries global significance. The head of that gang, Tso Ngan Kwan, is played by the excellent Michelle Yeoh, most recently seen in “Crazy Rich Asians.” Dave Bautista, of “Guardians of the Galaxy,” turns up as a mild-mannered restaurateur. (If you think he’s going to stay mild-mannered … listen, you don’t cast Dave Bautista in an action movie to have him cook steaks.) And martial-arts icon Tony Jaa makes some brief appearances. “Master Z” wants to attract audiences the world over — an ambition that goes beyond the casting.

No familiarity with the series — indeed, none with the genre — is necessary to enjoy “Master Z.” A dazzling fight sequence atop a series of restaurant signs is more than worth the price of admission (and it happens less than half an hour into the film). A musical performance at a club full of sailors is straight out of golden-age Hollywood. This is old-fashioned, silver-screen entertainment, and it’s refreshing to watch.