The sequel to the 2008 ABBA musical is far from perfect, but might have enough charm to keep you on board. 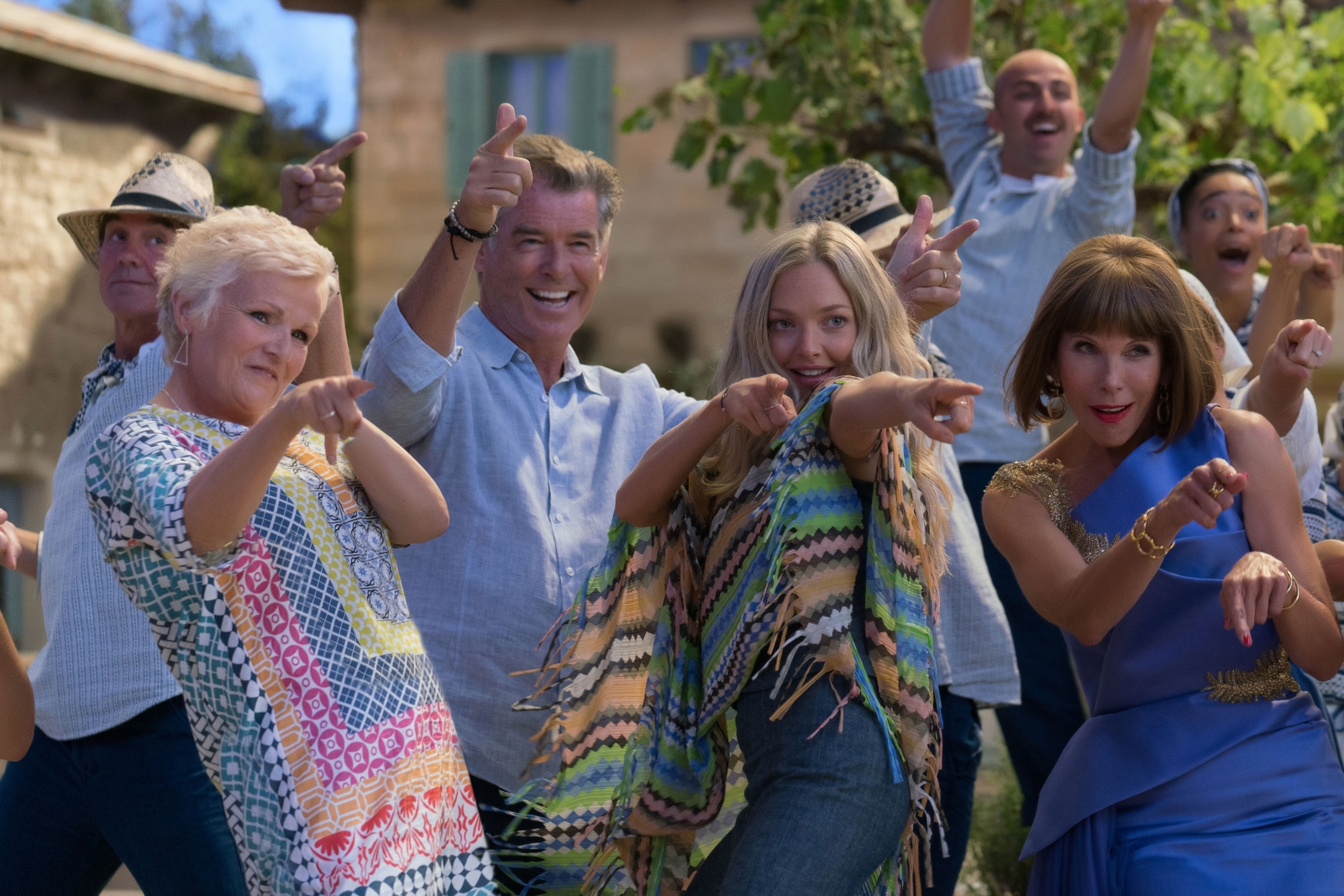 Mamma Mia! Here We Go Again” is like a puppy that can’t stop peeing on the rug. Yes, it’s constantly screwing things up, but it’s adorable and really wants your approval. You’d be heartless not to forgive its innumerable shortcomings.

The 2008 original, “Mamma Mia!,” based on a 1999 musical, tied the biggest hits from ABBA’s catalogue into a vaguely coherent narrative about a free-spirit singer and her soon-to-be-wed daughter. It was … not good. Considerably less than the sum of its parts, the 2008 film couldn’t find a consistent tone and wallowed in the bad kind of kitsch.

The sequel is certainly clunky, but also occasionally flirts with self-knowing humor — and, surprisingly, stretches of genuine charm. Parallel stories take place throughout an impossibly photogenic Greek isle: In the present, Sophie (Amanda Seyfried) struggles to revitalize the hotel her mother, Donna (Meryl Streep), built decades earlier; In the past, a young Donna (Lily James) goes on a personal and PG-13-sexual journey to find herself (and several dashing suitors).

You can follow along with their mostly frictionless tales, if you’d like, but let’s not kid ourselves: You are here for shiny, theatrical interpretations of ABBA hits. “Here We Go Again” offers 17 full musical numbers over the course of 114 minutes; that works out to one starting every seven minutes or so, a positively breakneck pace.

Perhaps the most remarkable thing about “Here We Go Again” is the wild inconsistency between these renditions. There are sequences, like Cher (as Donna’s errant mother) singing “Fernando” or the young version of Donna and her chums performing “Mamma Mia!” in a neighborhood cafe, that are dazzling, infectious, irresistible bits of theatrical magic. Conversely, a college graduation scene turned into a half-hearted, 1980s music video for “When I Kissed the Teacher” and a nauseatingly saccharine duet on “One of Us” will have you considering a popcorn break.

I’ve encountered few movies with moments this strong and this weak smacking right into each other. The performances follow suit; Christine Baranski and Julie Walters are unflinchingly hilarious as Donna’s longtime pals (and their younger equivalents, Jessica Keenan Wynn and Alexa Davies, could use a spinoff), but James and her three lovers are all flat as a board.

Is it, y’know, good? Of course not. It’s week-old cheese left to melt in the sun. But it’s so darn cheery that you may well have a good time anyway.