Charlize Theron and Seth Rogen star in a political romcom. 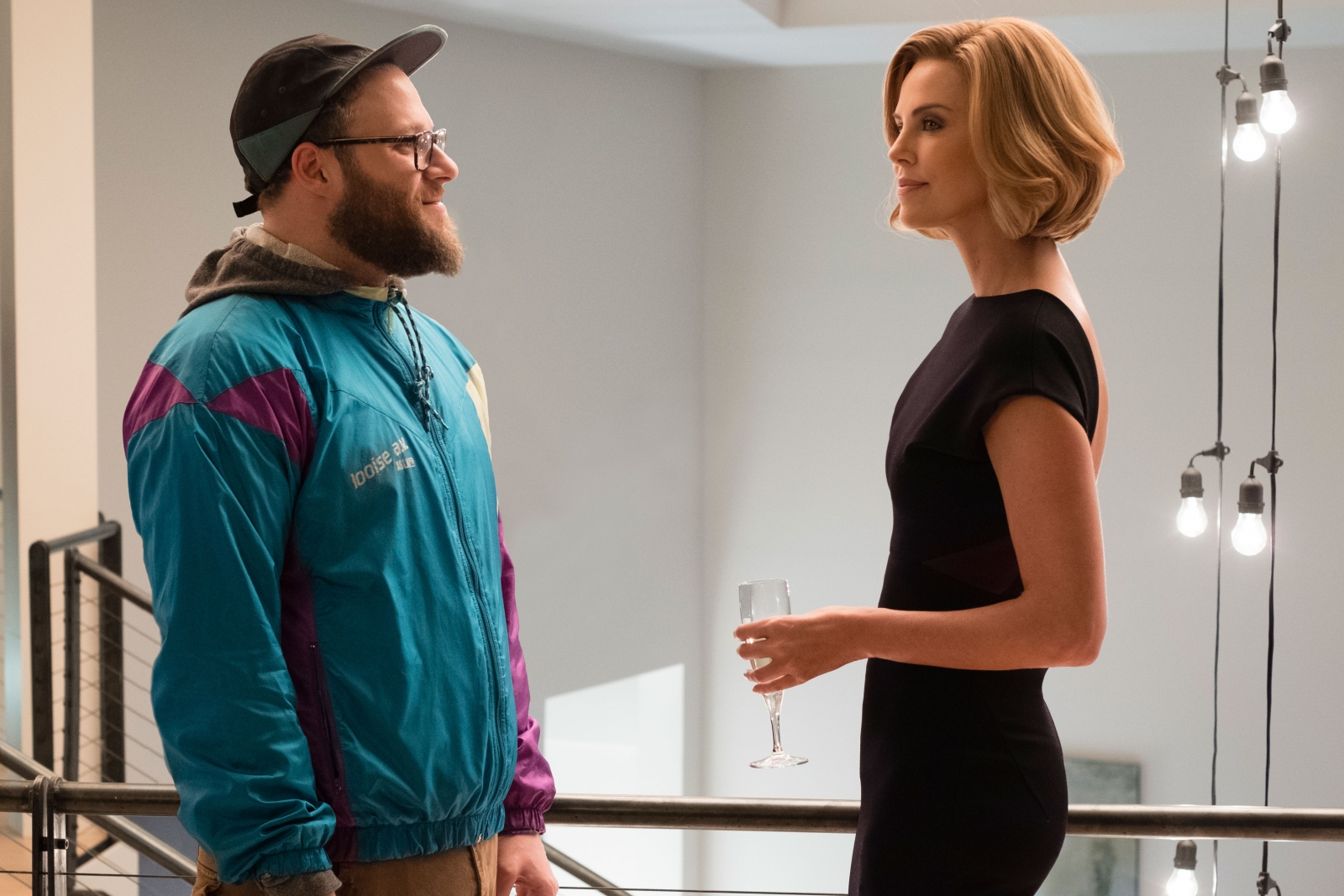 There’s a sweet spot that many romantic comedies try to hit, and it lies right in the middle of those two words.

If you get a couple of reasonably funny people together and make a movie about them falling in love, you don’t want to make it a pure romance; you’ll have wasted their comic abilities. You can’t create a straight-up comedy, either — that would undercut the impact of the love story. The ideal romantic comedy must be a step away from both extremes, neither the most hilarious movie of the year nor a maudlin, saccharine weeper.

It’s a needle that “Long Shot,” a romcom from seasoned comedy director Jonathan Levine, threads pretty well. The romance is delightful; the laughs are hearty, if not overly frequent. You’d have to be a dedicated curmudgeon to dislike it.

Idealistic journalist Fred Flarsky (Seth Rogen) had a big crush on his dreamy babysitter as a kid. Unfortunately, time has put her even more out of his league: Charlotte Field (Charlize Theron) is now the Secretary of State, with designs on the presidency. When Fred’s jetsetting buddy (O’Shea Jackson Jr.) drags him to a fancy gala, the two reconnect.

Much to the chagrin of her exasperated staff, Field is impressed with Flarsky’s writing (and his earnest faith in her agenda) and hires him as a speechwriter. The ensuing romcom beats are reminiscent of others in recent years: He pushes her to relax and reminds her of her principles, she gets him to understand maturity and adulthood. There are cliches in there, sure, but effectively employed ones — and, smartly, the scene where the two finally hook up is the film’s funniest. (All the best romcoms know that sex is hilarious.)

Levine’s most recent efforts have been more broad comedies (Amy Schumer in “Snatched,” the enjoyable “Mike and Dave Need Wedding Dates”), so it’s good to see him playing in a different key here. (Especially considering his prior efforts at more blended genres, the dramedy “50/50” and the horror romcom “Warm Bodies,” were less successful.)

The true delight of “Long Shot,” however, is discovering that Rogen and Theron make for an endlessly charming on-screen duo. It shouldn’t be too surprising; Theron can do anything, after all, so why shouldn’t she be the most convincing of Rogen’s many romantic foils? Shelve your skepticism at another beauty-and-the-geek tale: These two will sell you on themselves.

"Long Shot" opens in wide release on Friday, May 3.