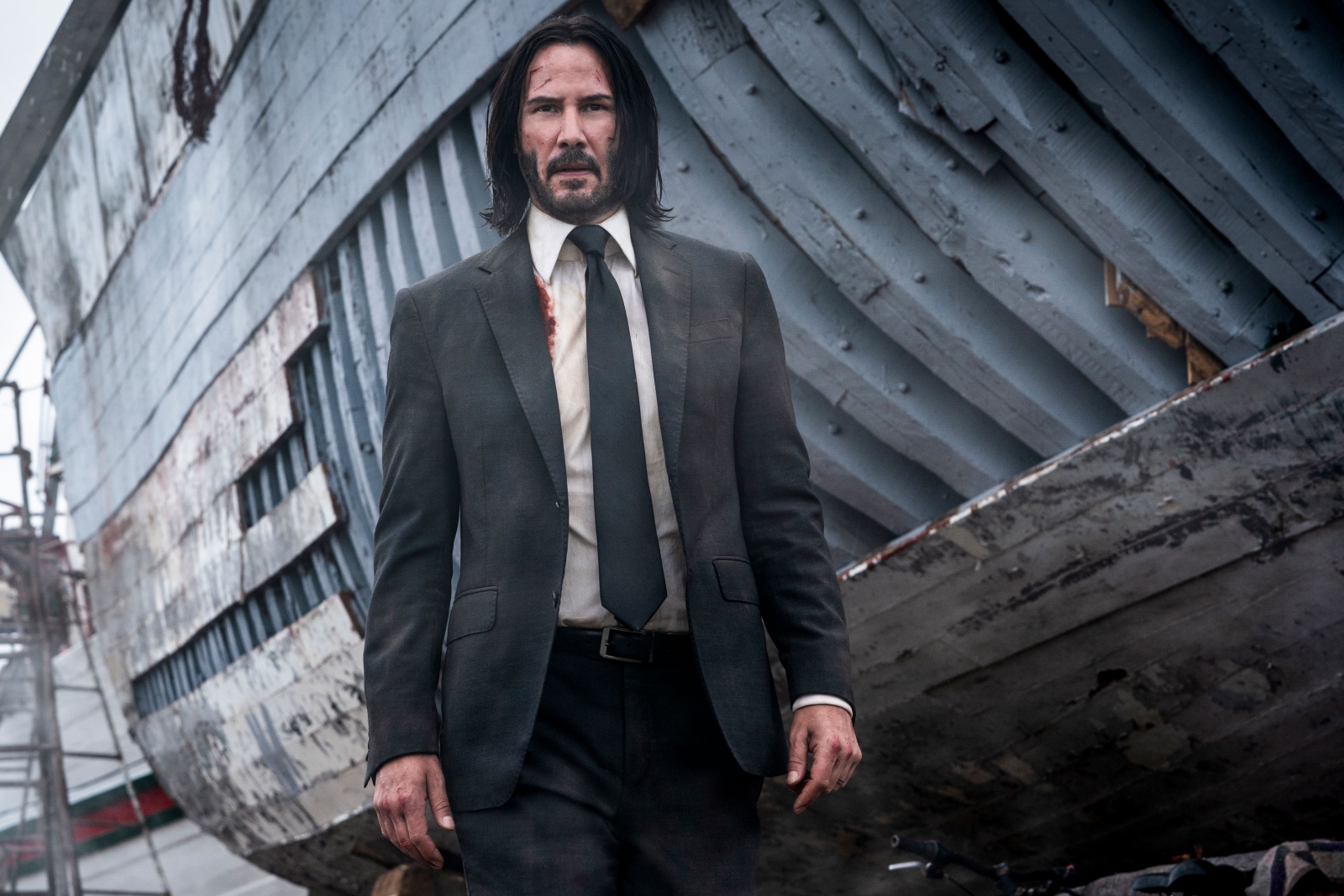 The 2014 action romp “John Wick” is not actually a good movie, contrary to popular belief. It’s derivative, bleak and droning. It did, however, have two things going for it: excellent action sequences (shot by Dan Laustsen and directed by Chad Stahelski) and intriguing hints of an atypical backstory.

Its 2017 sequel, “John Wick: Chapter Two,” improved without advancing quite to the level of success. The action stayed and remained strong. Vitally, the sequel fleshed out the hints from the first film; Wick (Keanu Reeves) belongs to a global brotherhood of interconnected hitmen and mercenaries with its own currency, laws and support system. It’s fascinating and more than a bit intentionally ridiculous.

At the end of “Chapter Two,” Wick broke the cardinal rules of the international cabal — we’re calling it The High Table, now — driving him out of its good graces and placing a very high price on his head. That’s the situation at the beginning of “John Wick: Chapter 3 — Parabellum.” (A moratorium, please, on titles that contain both a colon and an em-dash.)

Against logic, and largely by leaning into its own insanity, “Parabellum” is … frankly, a delight. A hyper-violent, chaotic, ridiculously over-the-top delight, but a delight nonetheless. The franchise started with promise; five years later, it delivered on that guarantee, with mayhem to spare.

The movie begins, in thrilling fashion, with the final moments before the open contract on Wick goes into effect. Across a beautifully rain-pelted Manhattan, criminals prepare to cash in; as soon as the hour approaches (in fact, a bit beforehand), Wick faces a cascading series of challengers. This sequence of the film is, frankly, astounding. The scope and breadth of the choreography and the inventiveness of the set pieces are remarkable.

The journey will take our battered hero to a brutal Russian school for killers and dancers — led by a deliciously sinister Anjelica Huston — and to Casablanca, where Wick enlists the help of a former accomplice (Halle Berry).

In the interest of being critical, “Parabellum” certainly has its deficiencies; the plot does little but circle back to the starting line, and the script never dabbles in elegance. (Four writers are credited, including series creator Derek Kolstad.)

But you’re not here for any of that; you’re here to see John Wick use a live horse as a weapon then immediately escape assassins on motorcycles by riding the same horse.