The 400-Word Review: It Chapter Two

Pennywise the Dancing Clown returns, as the big-screen remake of "It" attempts to succeed where its predecessor stumbled. 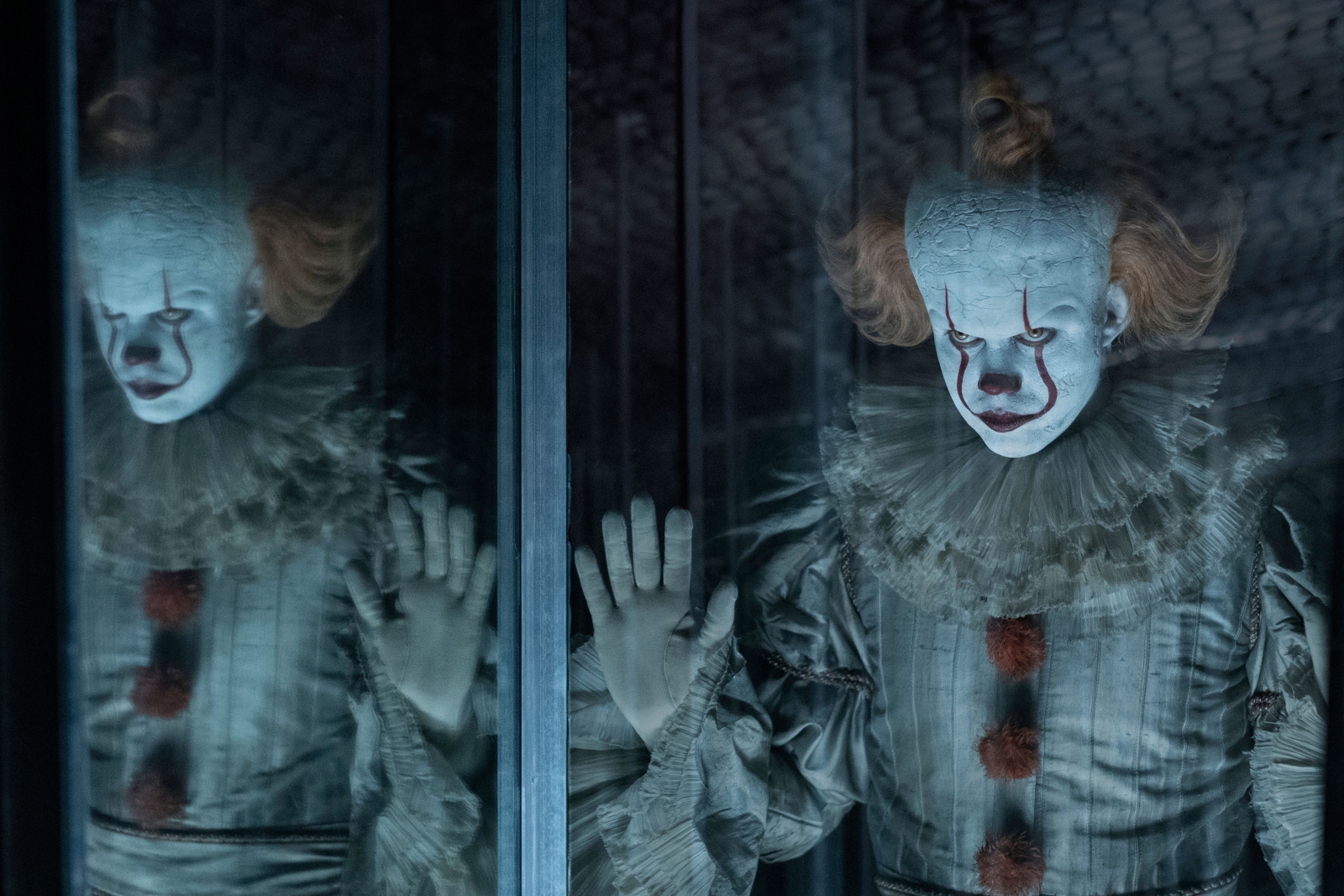 When Stephen King’s massive novel “It” was originally adapted for visual media, it appeared on the small screen. The two-part miniseries aired on ABC in 1990; the series’ first half, in which Tim Curry’s iconic Pennywise stalked young residents of Derry, Maine, was a powerhouse of memorable horror.

The second half … was not.

The thirty-years-later portion of King’s story, featuring grown-up members of the “Loser’s Club,” proved much more difficult to dramatize. (The novel is famously sprawling and metatextual.) The 2017 big-screen version of “It” dealt only with the first part, a decision which made for a tight, terrifying film. That left considerable question, however, about whether or not a second film — based solely on the tricky part of the story — could be as effective.

“It Chapter Two” does indeed dip in quality as compared to its predecessor, although not as dramatically as the two halves of the miniseries. A series of tragedies in Derry draws the attention of Mike (Isaiah Mustafa), the only Loser’s Club member to have remained in the New England town. He draws his friends back home to pay off an oath they made as children: If It ever returned, they would finish the job.

Unfortunately, memories seem to wash away once a veteran clown fighter leaves town. Only Mike can recall the events that bonded the group; other than an imposing sense of dread, the other Losers barely remember one another, let alone any sinister carnival performers. The group must first piece together their individual traumas before they can steel themselves for the duology’s showdown.

The cast is excellent; the producers could hardly have done a better job in finding older analogues for their talented child actors. Jessica Chastain, Bill Hader and James Ransone stand out, each offering raw, harrowing turns. And while some sequences falter — bad CGI rears its unconvincing head once again — there are more than enough tense sequences to justify the film’s cumbersome running time.

Unfortunately, the plot meanders and the suspense is undercut. In certain rough patches, the film dabbles with outright slapstick — an inappropriate maneuver for heavy, rich material.

If nothing else, there’s plenty of Pennywise — and Bill Skarsgard remains captivating and terrifying as the demented jester. Audiences might not get as strong a film as they did two years ago, but they’ll likely get the Dancing Clown in their nightmares all the same.

“It Chapter Two” opens in wide release on Friday, September 6.