The new Netflix drama doesn't live up to its ambitions, but a game cast keeps it moving. 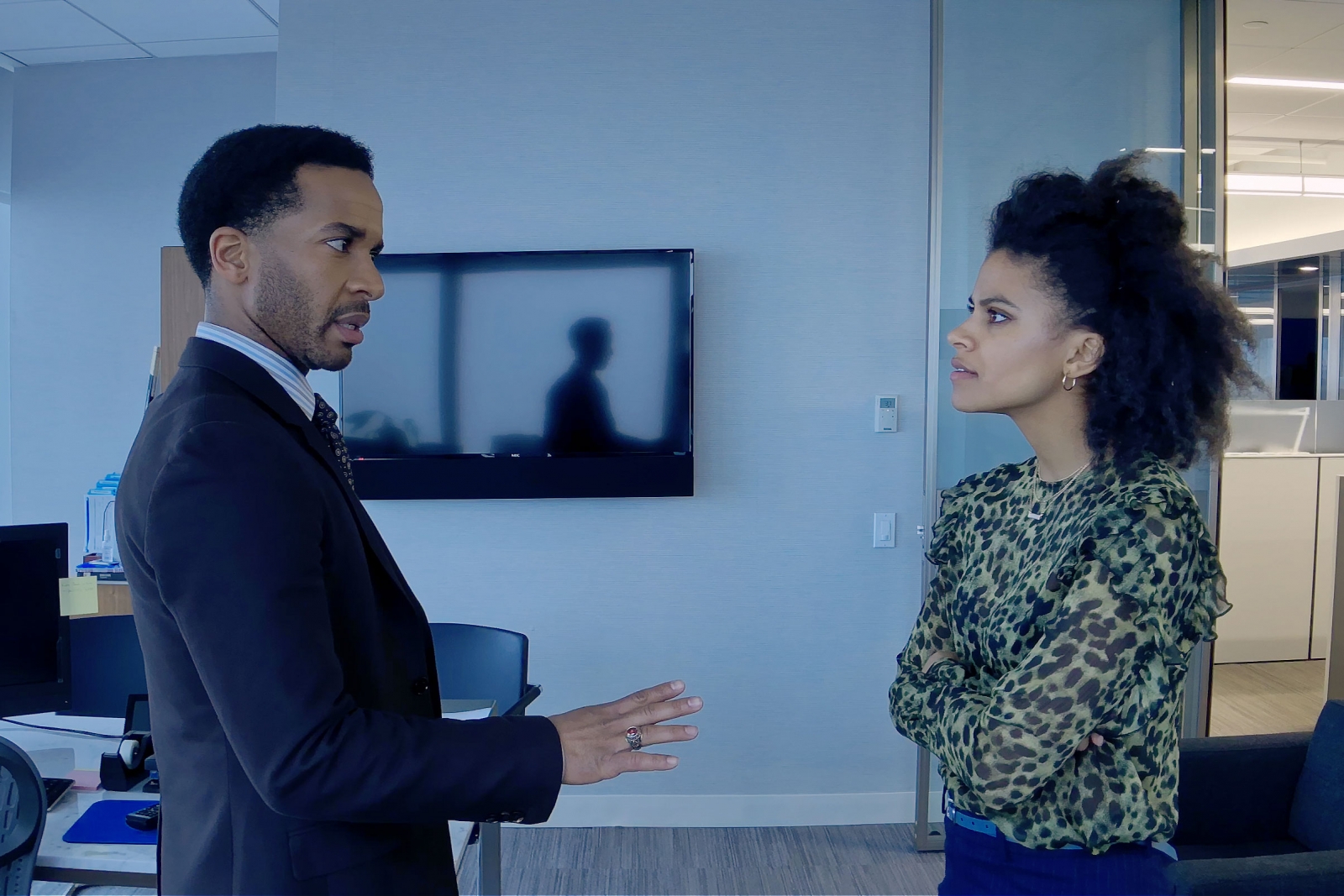 Steven Soderbergh has shot his two most recent films — last year’s “Unsane” and the new streaming release “High Flying Bird” — using an iPhone. Which is, undoubtedly, an interesting layer to place on a viewing of the film; considering its shots and compositions as the product of a smartphone adds an intriguing, gritty context. It’s also a reminder that filmmaking, now more than ever, is accessible to anyone with a decent device.

I mention that behind-the-scenes factoid first because it is necessary to make “High Flying Bird,” by a hair’s breadth, interesting.

Without that bit of trivia, the sports-business drama would teeter on the precipice, neither intriguing nor outright dull. Ray (André Holland) is an elite sports agent without a sport; the NBA is locked out, and neither the players’ association nor the league seem willing to budge. That’s a problem for Holland, as he’s taken to focusing his efforts on players new to the league. Now, they’re broke; that means he’s broke.

A Twitter feud, a long-running charity event and a brilliant assistant (Zazie Beetz) ignite an unorthodox opportunity for Ray to make lemonade out of his troubles, if he can work a lot of angles subtly and simultaneously. By that point, you’ll either be invested or checked out, depending on your interest in the boardroom side of sports. Front-office drama can certainly work; “Moneyball” was quite good, and people liked “Draft Day,” despite it being an objectively awful film.

“High Flying Bird” can’t manage to hook interest like those examples, however. It’s partially due to its subject matter, which is nuanced; lockout negotiations and personal-appearance rules are less accessible to the average viewer than a pennant race or a football draft. It’s also partially due to a somewhat joined-in-progress feeling which pervades Tarell Alvin McCraney’s script; this film feels like the middle two episodes of an interesting, if understated, season of a Netflix series, not a complete film.

Fortunately, the cast is strong enough to shoulder the picture. Beetz, who stole “Deadpool 2” away from Ryan Reynolds, remains on a stratospheric ascension. Bill Duke’s presence is a boon to any film; Kyle MacLachlan and Sonja Sohn excel in supporting roles. Holland is quietly charismatic; he’s a natural lead who has mostly played supporting roles to this point. If the legacy of “High Flying Bird” is establishing Holland as a star, it’ll have more than justified its existence.