The cult comic character gets a reboot in this R-rated action flick. 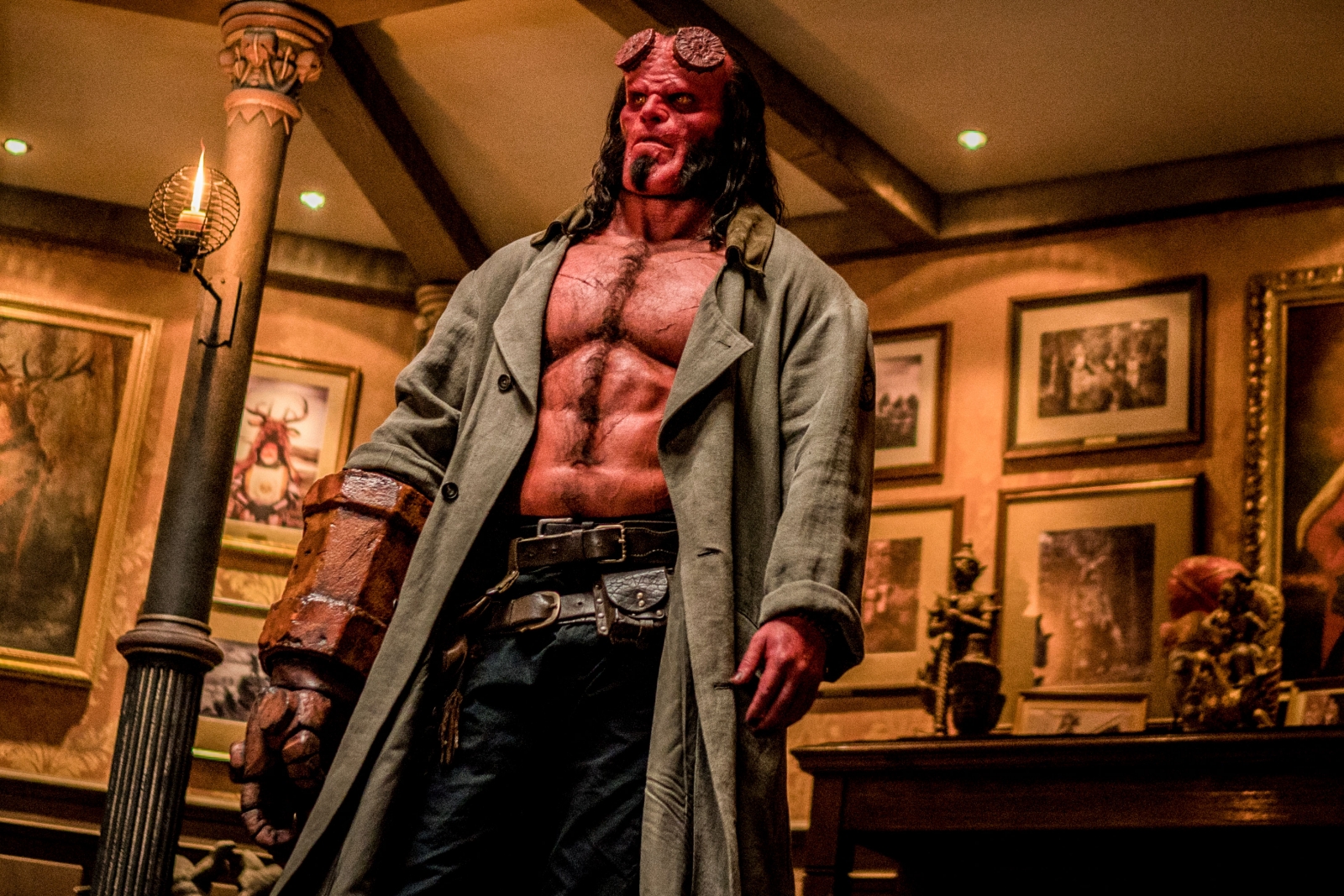 The rebooted “Hellboy,” taken from the capable hands of Guillermo del Toro, attempts to emulate both the stylized violence of “Sin City” and the gleeful madness of the “Kingsman” films.

It doesn’t succeed at either.

This version, now helmed by “The Descent” director Neil Marshall, certainly nails the vibrant and imaginative look of the comic books; it catches the eye with crisp, bright depictions of very bad things. Unfortunately, those images (and a strong lead performance) are all the new “Hellboy” has to offer. Beyond the surface, it’s a mess.

At least it’s (mostly) not an origin story. While we eventually hear a bit about the lineage of Hellboy (David Harbour), we are mostly here for his showdown with the “blood witch” Nimue (Milla Jovovich). During the dark ages, Nimue was dismembered and stored in a series of boxes by King Arthur, who couldn’t kill her but could make it very difficult for her to get much done. 1,500 years later, though, a determined beast named Gruagach (voice of Stephen Graham, body of Douglas Tait) is going to put the sorceress together again.

Hellboy, a detective with the Bureau for Paranormal Research and Defense, is in mourning; his partner inadvertently became a vampire/luchador, and Hellboy accidentally killed him during a confrontation. His adoptive father (Ian McShane) sends him off to England for some giant hunting — conveniently enough, just in time for Nimue’s return.

There’s more; Hellboy has a plucky sidekick (Sasha Lane) and a wary partner (Daniel Dae Kim), several secret societies show up, the Arthurian legend is rewritten. It’s a lot. And the script, by Andrew Cosby (“2 Guns”), is … bad. It’s just bad. It’s chaotic, juvenile, unstructured, clumsy and repetitive. What hope “Hellboy” might’ve had at riding the strength of its visuals is dashed by a screenplay which cannot get out of its own way.

Harbour does yeoman’s work in the role, ably filling the shoes of Ron Perlman (which is no easy task, to say the least). And if all you want is ugly creatures by the boatload, you’ll certainly get them.

“Hellboy” also offers a coda and two post-credits scenes, teasing further adventures with two chief characters from the comic books and establishing the villain for a second chapter. While I hate to disappoint the series’ fans, I might exit before them. After this installment, I doubt Hellboy is coming back anytime soon.