The horror sequel pivots in unexpected directions, for better and for worse. 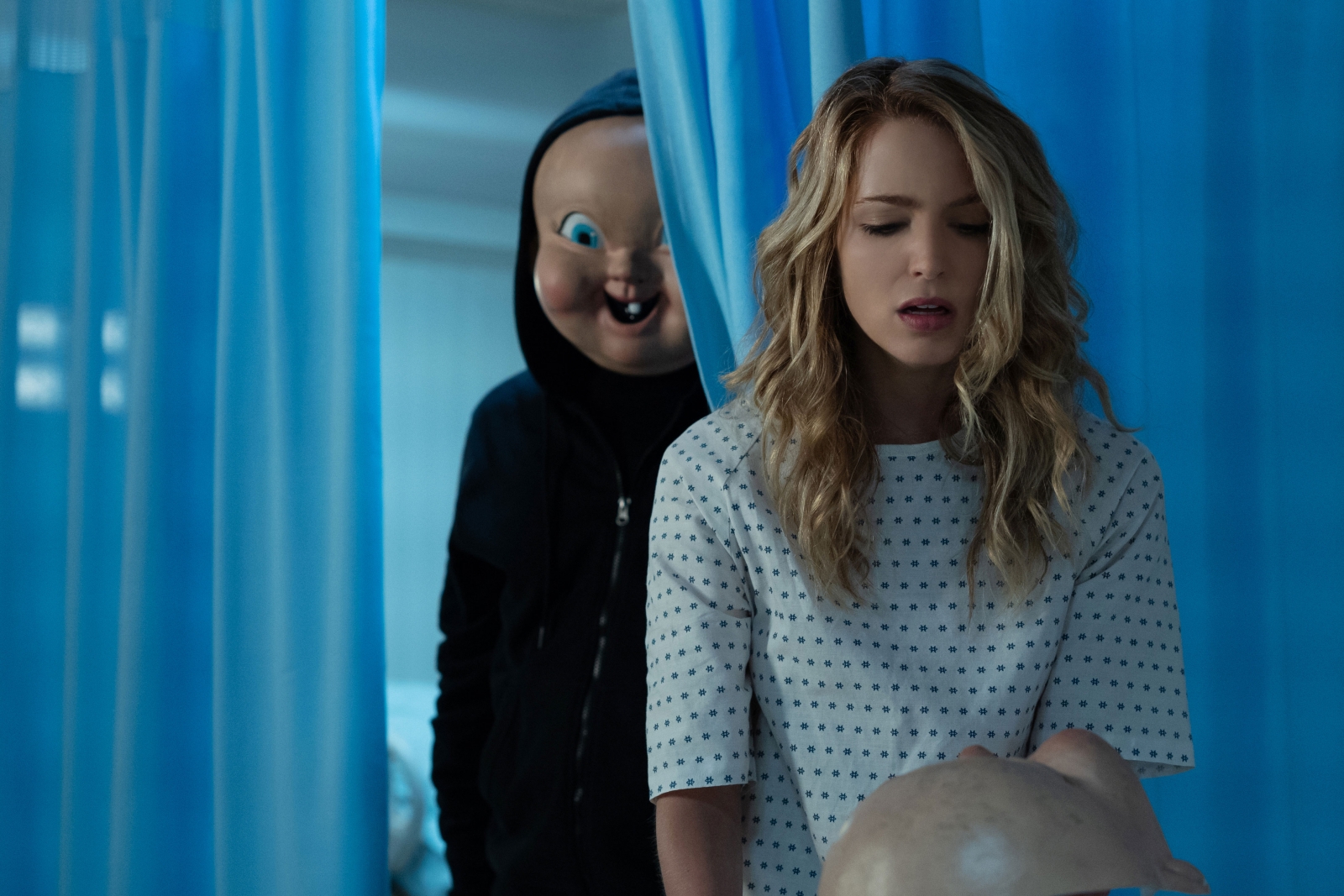 It’s remarkable that “Happy Death Day 2U,” the poorly-named sequel to Blumhouse’s low-budget 2017 hit, manages to be more or less exactly as satisfying as its predecessor.

Which is to say: It’s just barely satisfying.

The original film, which can be fully and totally summarized as “Groundhog Day” with murder, was far from innovative and frequently bland. But it leaned on easygoing humor, formulaic horror and a likeable lead to cross the finish line.

“Happy Death Day 2U,” instead, leans mostly on quantum mechanics. (No, I’m not just making this up.) Montages blend extreme mayhem and the analysis of algorithms. It forgets its own horror subplot for a while, only to quickly wrap it up after the film’s actual conclusion. Surprisingly, it pivots to an emotional core around the sixty-minute mark, giving our characters a serious Sophie’s Choice.

It’s a mess. It’s also, again, just barely good. I don’t know what to make of this series. At this point, I’m expecting the next movie to be a narrative-less tone poem — which also lands just north of okay.

At the end of the first installment, all was well (except for whatever the post-traumatic effects of being literally murdered 11 times might be). Tree (Jessica Rothe) has escaped her time loop, killed her tormentor(s) and fallen for Carter, her amiably doofy helper (Israel Broussard). Unfortunately, Carter’s roommate, Ryan (Phi Vu), now finds himself in a time loop … during which he is also being repeatedly murdered by a knife-wielding menace in a baby mask.

What are the odds!

Pretty good, actually, considering that Ryan and a crew of supernerds have been messing around with a time-bending whatsit in one of the school’s science labs. Further mishaps pinball Tree into an alternate timeline in which murder is relatively low on her list of pressing concerns.

Rothe was charismatic enough to elevate both “Happy Death Day” and the somewhat anonymous cast around her; she keeps the ship afloat again here, as little has been done to bolster the cast. (Or teach them to be interesting.) I found myself actually caring about the outcome for Tree in this chapter, which is certainly not what I was anticipating.

Then again, I wasn’t anticipating anything that happens in “Happy Death Day 2U.” The film can be called a lot of things — including unnecessary — but it cannot be accused of lacking imagination.