The documentary about the (non-theistic) Satanic Temple explores the controversial religion's origins and goals. 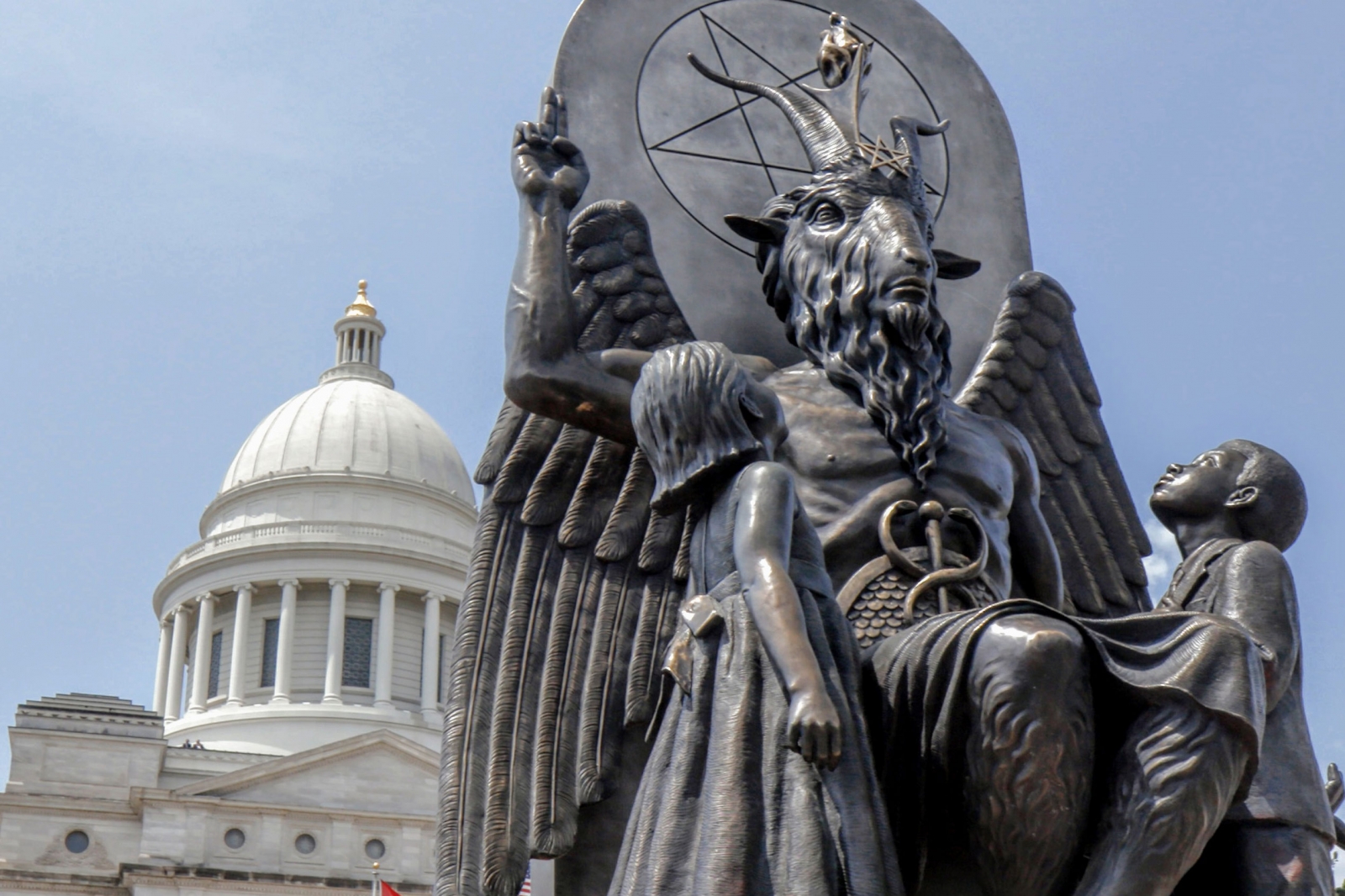 Right off the bat: This movie isn’t about Satan.

“Hail Satan?,” a documentary from “Our Nixon” creator Penny Lane, isn’t about Satan because it’s about the Satanic Temple — which itself is not actually about Satan. The Satanic Temple is a non-theistic religious organization which draws some inspiration from the mid-century ramblings of Anton LaVey; while the Temple adopts some stereotypically evil and pagan images, they are fundamentally a humanist organization, whose key precepts are free and peaceful existence and a firm opposition to public moralizing.

Of course, that doesn’t stop their many, many detractors from believing they’re all about the big red demon.

“Hail Satan?” traces the establishment and rapid growth of the church, which pops up in the news when it campaigns for the separation of church and state. Among the causes célèbres enumerated in the film: They fought against a non-secular invocation before government proceedings in Arizona; they battled restrictive reproductive-rights bills in the south; and, most notably, they combatted an Oklahoma effort to mount a statue of the Ten Commandments at the state house — by applying to mount a statue of goat-headed demon Baphomet next to it.

The film is mostly a chronicle of those efforts, depicting moments ranging from comical (reciting the specific dimensions of their goat-god sculpture to a civic planning commission) to terrifying (postponing events after death threats). We meet some of the key figures behind the movement; the chronicle of one member, Jex Blackmore, who was removed from the group for overstepping with the evil rhetoric, is fascinating. Thankfully, we also meet some of the rank-and-file, learning why the average person might be inclined to join a non-theistic but highly dramatic (and widely reviled) religious order.

Lane handles the subject matter with respect and wit, though there might’ve been some room for a bit more innovation; material this juicy demands a more festive treatment than talking heads and news footage. For the most part, though, it’s an enlightening and captivating watch.

It’s also a bit terrifying. As much as it’s a curiosity, “Hail Satan?” is also a troubling document of a certain bullheadedness which seems to have primacy in American dialogue. The members of the Temple are remarkably eager to tell you who they are and what they believe. Everyone they meet, however, thinks they know better. Trust me: By the time the credits roll, you’ll be siding with the Satanists.

“Hail Satan?” will open Friday, May 17, for a one-week run at Regent Square Theater.