The thriller overcomes a bad script thanks to a remarkable performance from Isabelle Huppert. 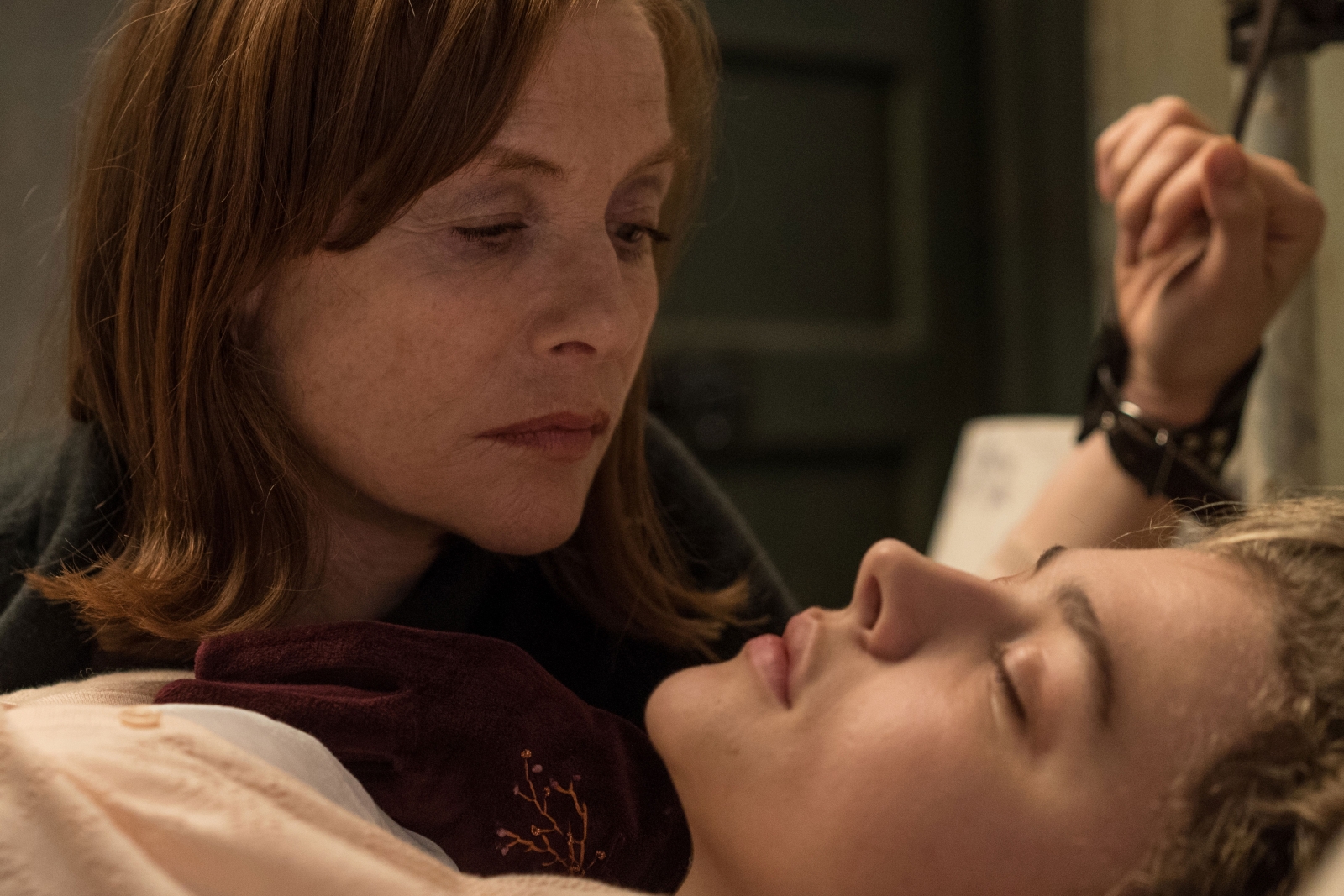 Listen, if you’re gonna get weird … get weird.

A twisty, suspenseful thriller is no place for half-measures. Yet “Greta,” a good-not-great pseudo-horror from writer/director Neil Jordan, insists on dragging its wild lead and suitably outlandish premise back toward the middle of the road.

After finding an abandoned purse on the subway, charmingly naive waitress Frances (Chloë Grace Moretz) treks out to Brooklyn to return it to its owner, Greta (Isabelle Huppert). There’s a tender, domestic connection between the two women; Frances has recently lost her beloved mother, and Greta’s daughter is far from home. Frances encourages Greta to adopt a dog. Greta teaches Frances a bit of French cooking.

Alas, that pounding Frances heard in the walls of Greta’s shadowy apartment was not caused by renovating neighbors. One night, Frances happens upon a stash of identical purses, with identical contents, each bearing a Post-It naming a different young woman as its deliverer. Frances flees, Greta demands attention, and things march dutifully toward the macabre.

Had “Greta” decided to lean into its horror side, it might’ve been a satisfying, Blumhouse-style spook; had it gone full arthouse, it might’ve more deftly unpacked the psyche of its delightfully off-kilter lead. Instead, it’s a bit of both but not fully either.

The script is the problem, in this case, as Jordan — far removed from his Oscar for “The Crying Game” — plots and paces his story haphazardly, particularly in a whiplash-inducing middle section which sees Frances’ tactics change without any motivation on multiple occasions. (Moretz manages; generally skilled though she is, she can’t create consistency in a terribly underwritten character.) It should also come as no surprise that a 69-year-old Irishman has no earthly idea how Millennial Manhattanites converse. Or where they go, or what they do, or how they live their lives in general.

Jordan is more than bailed out, however, by Huppert. The French actress — who probably should’ve won the Oscar in 2016, for her remarkable performance in “Elle” — is a frenzy of madcap evil, here, not so much justifying her character’s misdeeds as wallowing in them. In a better movie, this would be a villain on par with Norman Bates (or at least Max Cady). In this film, it’s the only thing that should compel you to buy a ticket.

Still, you probably should buy a ticket. By the time Greta starts dancing, you’ll have no regrets.