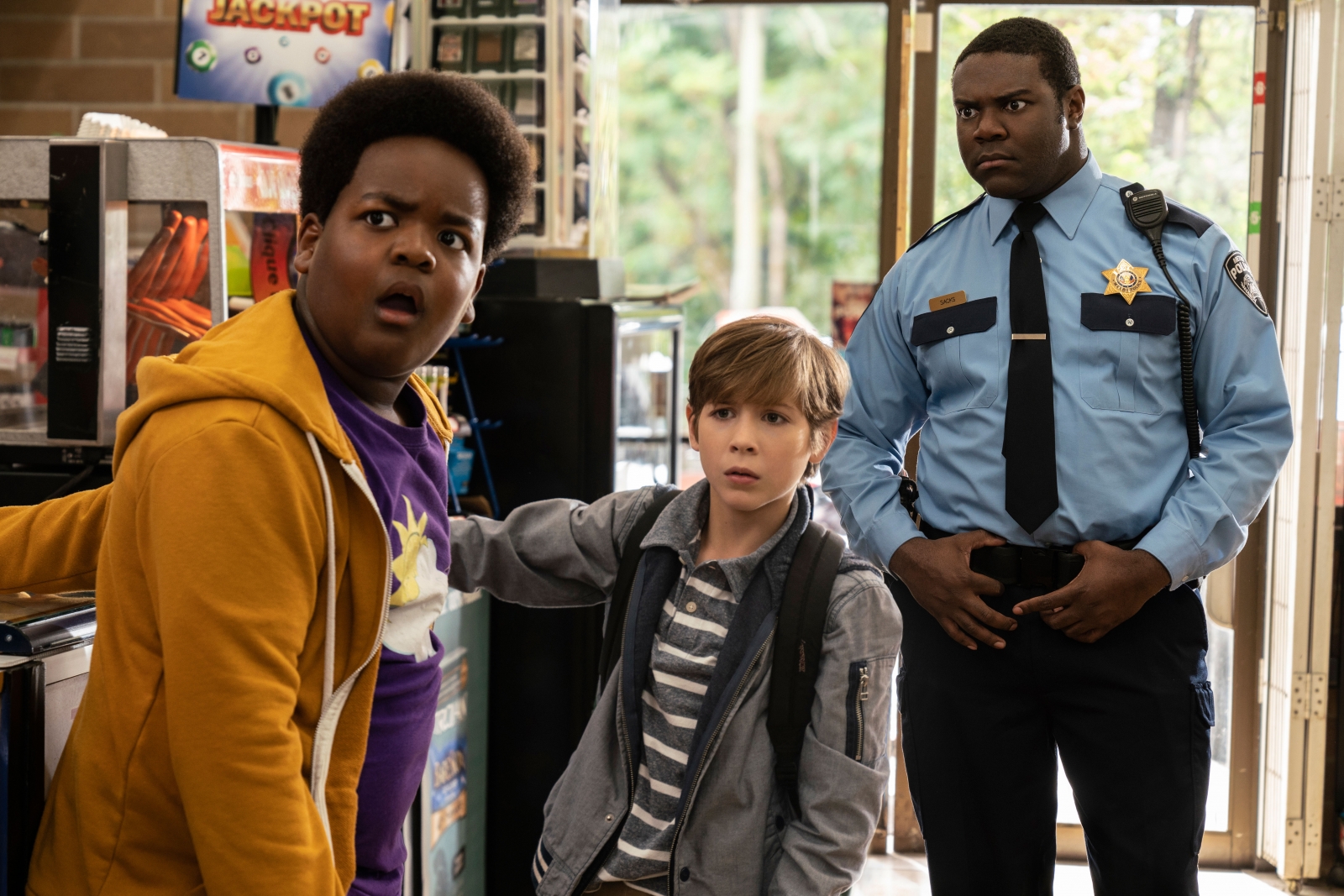 There are two levels to the central joke in “Good Boys.”

The first: tween boys trying to act grown-up, often through the use of vulgarity, is funny. If the joke stopped there, however, the movie wouldn’t work. “Good Boys” gets it right in noting a corollary to the vulgar-kids-are-funny theory: When kids who are acting like grown-ups are blissfully ignorant of the world while trying to be crass and vulgar, that’s way funnier.

“Good Boys,” a delightfully raunchy comedy from first-time director Gene Stupnitsky, follows a trio of sixth-grade boys through a particularly eventful day. Max (Jacob Tremblay) is invited to a boy-girl party, at which he bets he’ll finally be able to make a move on his crush, Brixlee (Millie Davis). The cool kids don’t want to invite Max’s buddies — Thor (Brady Noon) is a bit of a poser, and Lucas (Keith L. Williams) has a tattling habit — but loyal Max scores them an invite.

A pint-size “Harold & Kumar” ensues, as the kids complete a Rube Goldberg machine worth of errands to get to the party. Every turn is more shamelessly dirty, except for those that are good old slapstick. A few are a bit over the line of credibility, but those are deftly sold by Tremblay, the standout among the young cast; a breakout star from “Room,” the lad is already a remarkable actor.

“Good Boys” is very clever, with a sharp script from Stupnitsky and Lee Eisenberg landing gags at a steady clip. But the pleasant surprise is how sweet it is; these kids genuinely care for one another, respect others and want to do well in the world. In an ’80s flick, these kids would’ve been unrepentant brats in the name of cheap yuks; here, they’re commendable citizens.

In that, “Good Boys” doubles as an indictment of the antiquated notions of on-screen vulgarity and propriety. The film carries a hard R rating, the product of naughty words and frank sexual references. Yet any tweens who saw it would get a message of inclusiveness, loyalty and respect. It’s a filthy movie that kids should probably see. Try to square that, MPAA.