M. Night Shyamalan's crossover film lands with a splat, as the filmmaker once again can't resist his worst impulses. 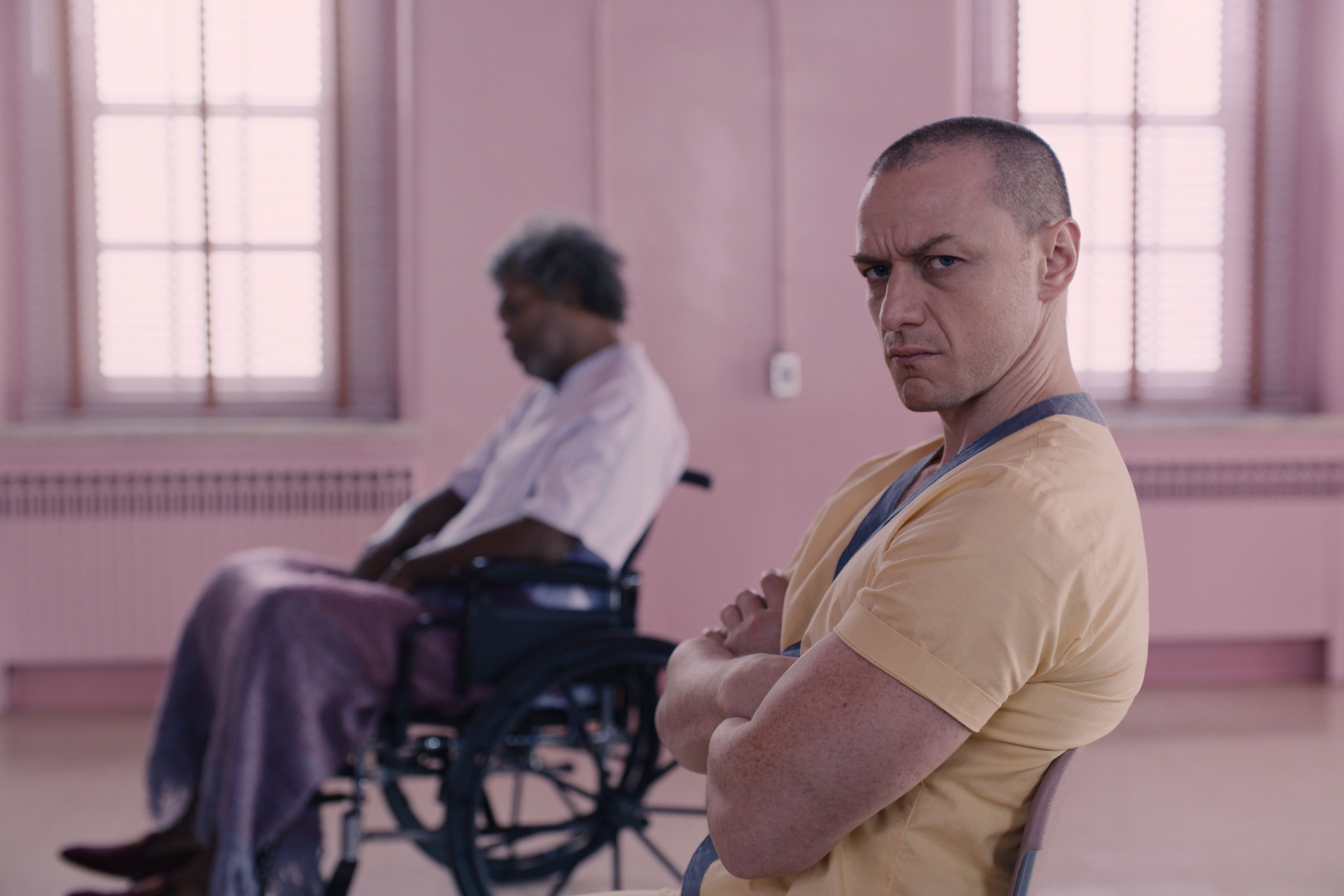 In 2000 — during the brief period when M. Night Shyamalan’s head was small enough to allow room for decent ideas — his mystery by way of a superhero tale, “Unbreakable,” became a decent hit. It predicted the rise of comic-book cinema and introduced a pair of memorable characters: the indestructible David Dunn (Bruce Willis) and the brilliant Mr. Glass (Samuel L. Jackson).

Shyamalan has long since exited his creative phase, which was swiftly followed by his petulant phase and his irrelevant phase. Since 2015, the filmmaker has sadly returned to prominence with three films driven by demeaning the mentally ill.

The truly loathsome “The Visit,” in which aging and dementia were turned into a cheap horror premise, fooled some forgiving viewers with jump scares. Eyeing an opportunity to return to success by leaning on tired terror tropes, Shyamalan then made “Split,” a by-the-numbers abduction picture which callously demonized dissociative identity disorder.

I found “Split” dull, silly and patently offensive. Admittedly, however, it was a hit (and many critics disagreed with me). It had a slapped-on coda that tied into “Unbreakable,” sowing the seeds of a crossover event.

That film is “Glass.” “Glass” is not a good film. It is less actively detestable than “The Visit” or “Split” in that it is too busy with plot to spend time narratively pummeling vulnerable corners of society — but it is a messy, dreadfully directed ramble of a story reminiscent of M. Night’s clunky self-aggrandizement parable “The Lady in the Water.”

Dunn is now a low-level vigilante beating up petty criminals. Glass is committed to an institution. When, uh, The Horde, the ridiculously named villain of “Split” (James McAvoy), makes headlines, Dunn goes looking for them, leading to a public showdown — which gets both men thrown into the same institution housing Glass.

A psychiatrist (Sarah Paulson) tries to convince everyone they’re delusional and not superpowered, but Glass has other plans. It all leads to one of Shyamalan’s patented twist endings; like a washed-up rock band playing their hit, there’s a glimmer of power in there, making the ending more satisfying than everything that leads to it. Once again, though, Shyamalan proves that the worst thing for his career is ego. The relative success of “Split” seems to have given him license to create another indulgent, sloppy tantrum of a film. I wonder how many more times he’ll be allowed to fail.