The long-running series moves into pure fantasy with its first spinoff. That's a good thing. 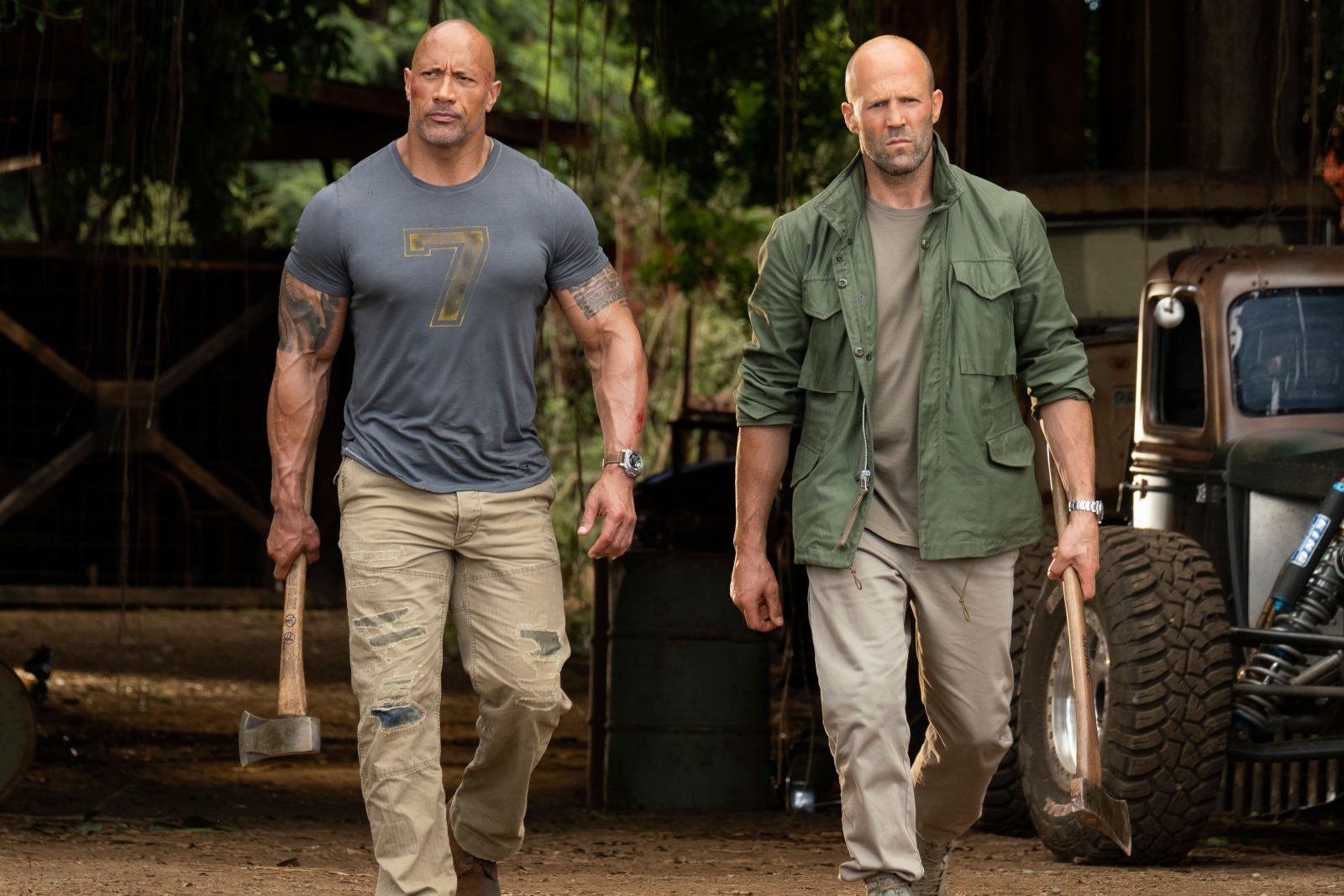 The “Fast and Furious” series has finally achieved its manifest destiny and made an unabashed superhero movie.

It’s been building for some time. While “The Fast and the Furious” was a relatively humble car-heist caper, things changed around the time of “Fast Five.” Our gang of car thieves and family-obsessed fixers started getting pulled into save-the-world scenarios by vaguely defined government agencies. The technology started inching closer and closer to absurdity; the stunts continued to strain credibility.

Now, in “Hobbs & Shaw,” there is no longer any hold on reality. This movie is less believable than every Marvel flick, several of which contain literal magic. We have moved into pure fantasy.

A shadowy organization obsessed with artificially speeding up human evolution — in part via mass genocide — would like to acquire a potent supervirus. They send a cyborg ex-soldier, Brixton (Idris Elba), to steal it from MI:6; to keep it out of his hands, a particularly capable agent named Hattie (Vanessa Kirby) deposits it in her own bloodstream and escapes.

Intelligence bigwigs separately acquire the services of Luke Hobbs (Dwayne Johnson) and Deckard Shaw (Jason Statham) to track her down. Unfortunately, Hobbs and Shaw still mostly hate each other, the result of a personal beef that has involved several loyalty swaps and at least one prison riot in previous films.

The title characters have to work together — no small task after it’s revealed that Hattie is actually Shaw’s sister, which only counts as a spoiler if you’re completely unable to anticipate future events in a narrative — to fight our supersoldier and his mercenary army. Because it’s a “Fast and Furious” movie, it’s ultimately all about family; Shaw has to make amends with Hattie, and Hobbs must return to Samoa to reconnect with his people (and set up a battleground for the climax).

“Hobbs & Shaw” is too long, clocking in at 135 minutes, much of which — including what can only be termed a rolling montage of post-credit sequences — could’ve easily been excised. It also introduces a lot of new backstory for a franchise with eight previous installments. But it is over-the-top, preposterous summer fun at its most pure: Watchable, entertaining and full of movie stars (including some genuine surprises). What’s more, Johnson and Statham are a dynamite pair. You’d have to be a first-rate curmudgeon not to recommend it.