Disney's remake has plenty of visual flair, but doesn't have the heart it needs (especially in a year full of remakes). 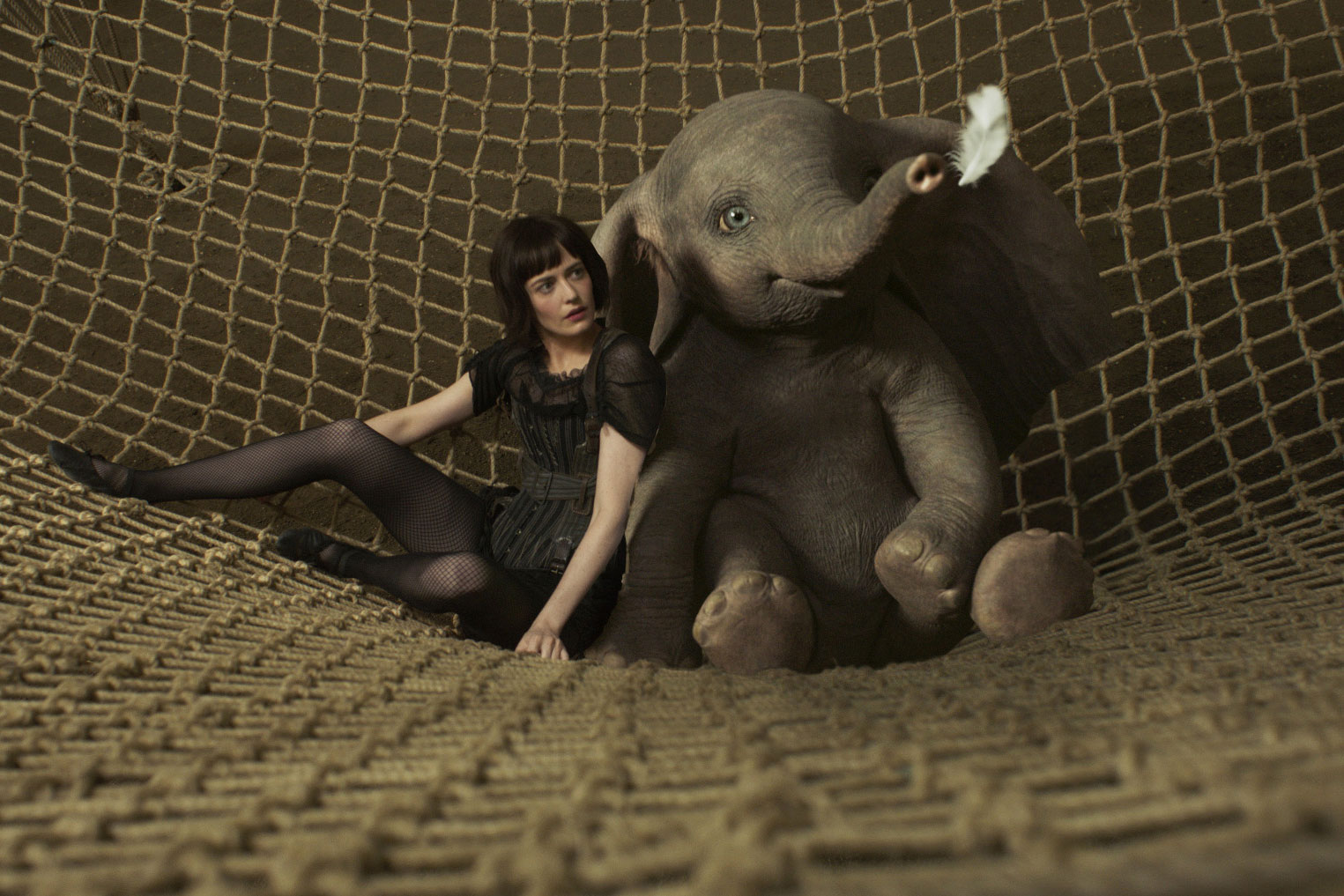 In a year when Disney will remake three of its own properties in live action, the studio’s opening volley will likely not fill audiences with enthusiasm for what’s to come. “Dumbo,” a reboot of the 1941 animated feature, carries some of modern Disney’s greatest strengths — casting, production design, music — but is saddled with the great weakness of the mega-brand’s non-animated output.

The story is different, concerning the exploits of a hardscrabble traveling circus. When the carnival finds itself with a flying elephant, they’re swiftly bought out by a Barnum-esque extravaganza housed in a metropolitan theme park; this turns out to be bad news for the rank-and-file performers, however.

(Yup, there’s more than an echo of “The Greatest Showman” in there.)

There’s plenty of added plot, most of it about a former trick rider (Colin Farrell). Danny DeVito repeats his “Big Fish” performance as the carnival’s head honcho; Michael Keaton sneers as the corporate overlord. Eva Green turns up late as a helpful trapeze artist.

That’s a lot of sizzle, undoubtedly, but the result is without flavor. The plot — journeyman Ehren Kruger wrote the script — ambles along without drive, and Tim Burton’s old tricks work about as well as they can after 30-some years.

I’m stunned at the wide range of quality in Disney’s computer-generated characters, even under their own roof. Some creations, like the titular monster in the live-action “Beauty and the Beast” remake, are utterly convincing; others, such as the elephants depicted here, cannot for a moment make me believe they’re in the same world as the actors around them. It was easier to believe that Roger Rabbit was flesh-and-blood. (Flesh-and-ink?)

The movie also can’t get out of its own way, often giving in to its worst impulses — such as casting longtime fight announcer Michael Buffer to appear in a top hat and exclaim, “Let’s get ready for Dum-bo!”

Undoubtedly, a tale such as “Dumbo” lives at the core of Disney’s brand: a pre-war, saccharine idyll of charming underdogs and magical showmanship. Yet the studio can’t quite go home again with this remake; the Mouse House has matured a lot in the 75-plus years since the animated film was released. Watching them try to return to “Dumbo” is like watching a seasoned musician try to recapture the raw energy of their youth. It can’t help but sound like an imitation.