The 400-Word Review: Dora and the Lost City of Gold

Dora's in high school now, but her first feature is still for younger viewers only. 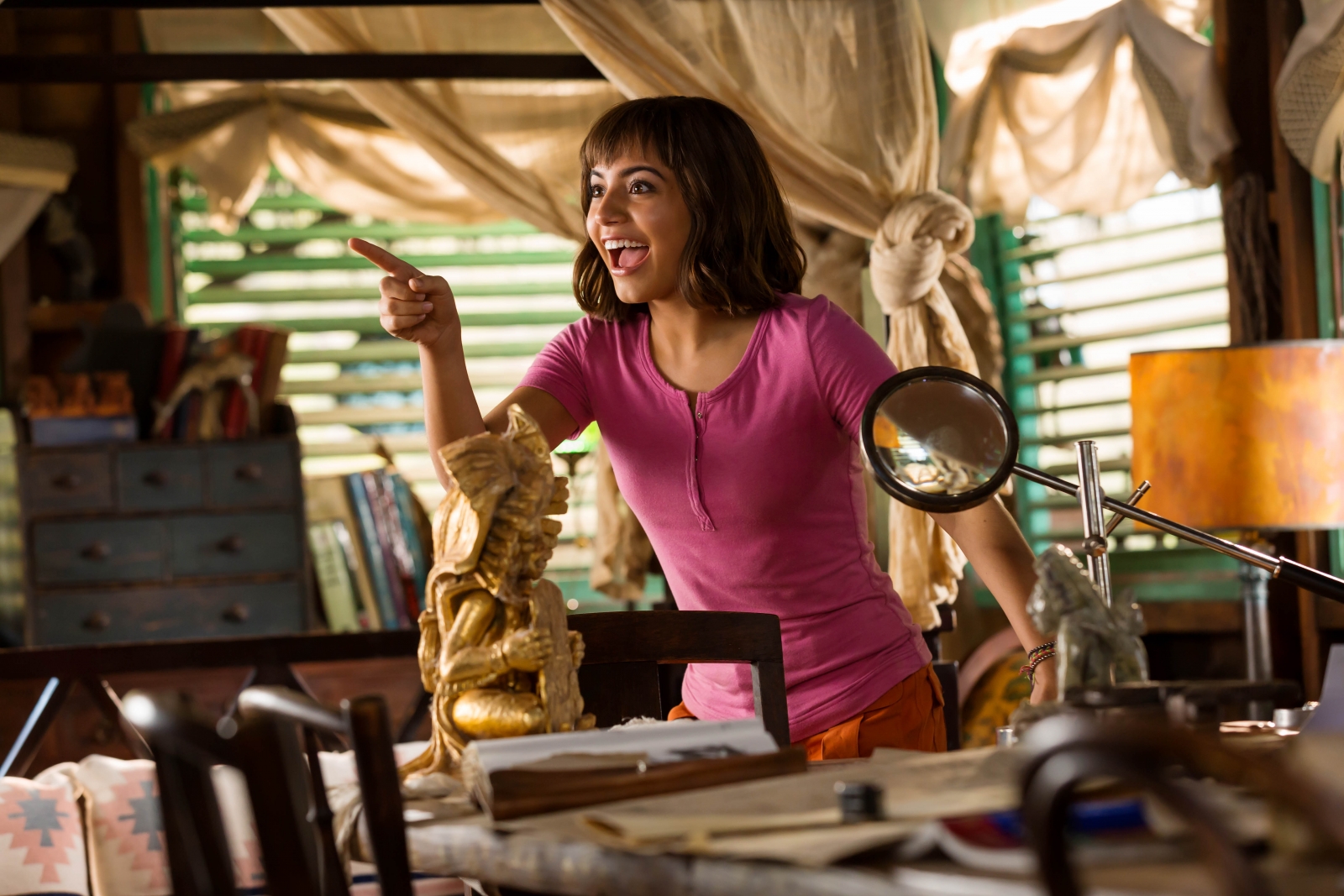 The only surprising thing about “Dora and the Lost City of Gold” is that it took nearly two decades to get made.

The animated series “Dora the Explorer” has been running, with near-constant repeat airings, since 2000; it is the longest-running series in the history of Nick Jr., the young-viewers imprint of Nickelodeon. Despite a global reach and enough official merchandise to eclipse the sun, however, it is only now — coinciding with, purportedly, the series’ final episodes — that Dora will make the transition to the big screen.

She’ll do so in live action, played by Isabela Moner, an actress who is skilled enough and reasonably charming — and who, vitally, bears an almost uncanny resemblance to the cartoon character. She’s joined by a strong cast, including Michael Peña and Eva Longoria as her parents and Eugenio Derbez as a family friend. Benicio del Toro and Danny Trejo take on voice roles. (It’s realistic, but with a talking fox.)

The plot is a tally of well-worn family-feature elements. Fearing for her ongoing socialization, Dora’s parents — jungle explorers by trade — send her to live with family for high school. A quick museum mishap lands her and a group of pals back in the wild, however, where she’ll have to lead the group to locate her parents and the titular treasure.

There’s something mildly refreshing about the sheer number of cinematic tropes on display here, including an extended trapped-in-quicksand sequence. “Dora” represents if-it-ain’t-broke filmmaking at its most unabashed; why bother with any complications or twists when the only people demanding them would be well above the target audience?

Sadly, that’s also the problem. The filmmakers, led by “Muppets” helmer James Bobin and writers Nicholas Stoller and Matthew Robinson, are happy to focus their efforts on very young audiences. That’s keeping with the brand, to be sure, but there was an opportunity for a more wide-reaching approach that might’ve caught both new fans and those kids who grew up with the character. Particularly with Dora going to high school, it’s odd that the film feels so juvenile.

It’s mostly harmless, and there are occasional moments of humor. (Many involve Peña, who can’t help but be funny.) But for anyone old enough to be critical, “Dora” is decidedly dull and unimpressive. If you have to take the kids, I’d choose a theater that will allow you to get in a nap.

"Dora and the Lost City of Gold" opens in wide release Friday, August 16.