The 400-Word Review: Can You Ever Forgive Me? 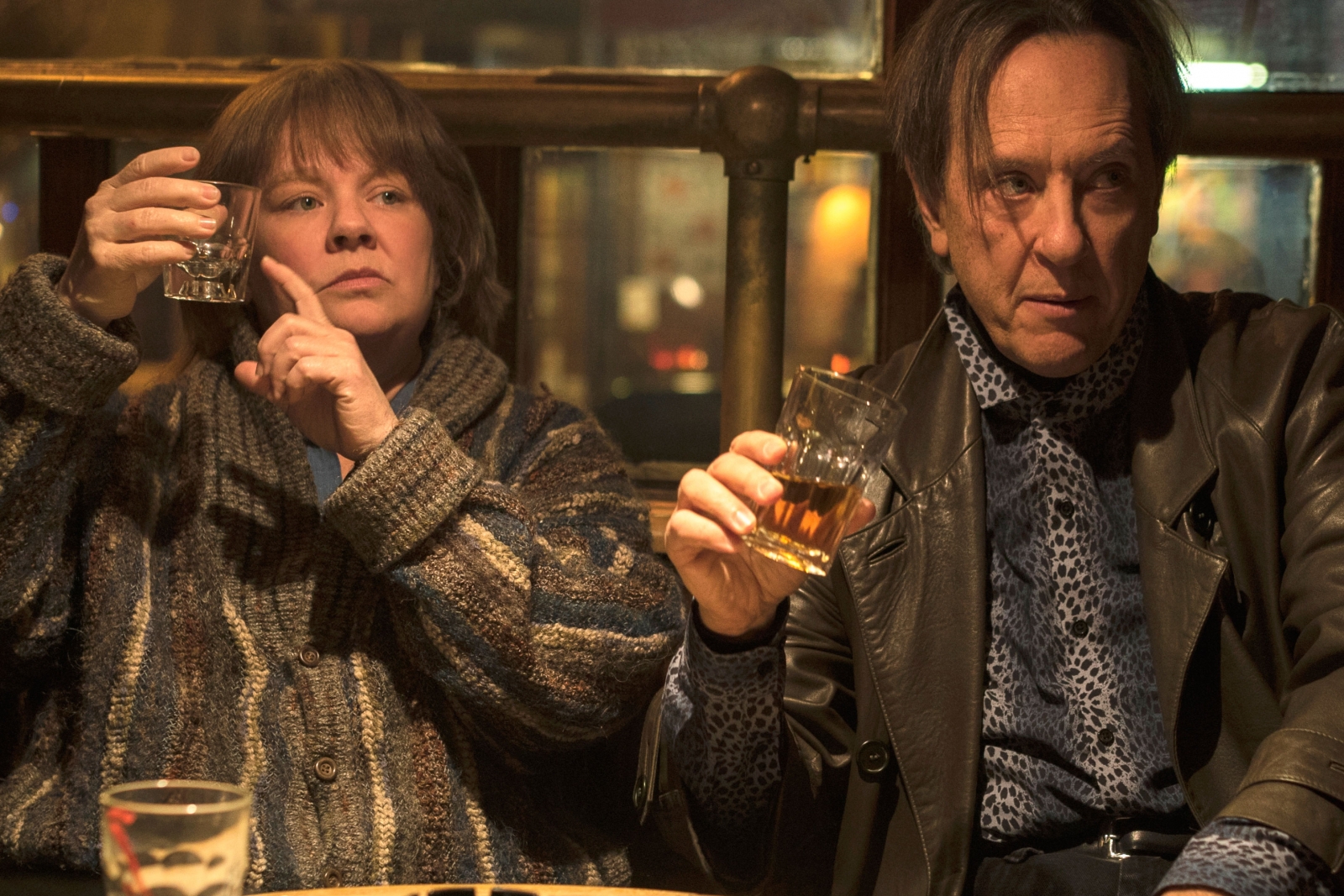 The merits of “Can You Ever Forgive Me?,” the dry-as-bone comedy from director Marielle Heller, are the sort that don’t win awards.

To be clear, Melissa McCarthy has a shot at an Oscar nomination (and, if oddsmakers are to be believed, a statistically significant chance to win) for her portrayal of disgraced writer Lee Israel. In a just world, Heller would land somewhere near the podium, too.

But the big achievement here is in keeping a character so fully and completely unlikable sympathetic. “Can You Ever Forgive Me?” is an argument for the inherent humanity of even the most curmudgeonly misanthropes, delivered elegantly — even achingly.

Based on Israel’s autobiography — in a wonderfully restrained adaptation by Nicole Holofcener and Jeff Whitty — “Can You Ever Forgive Me?” opens with its subject on the bottom. Despite a handful of well-received, high-profile biographies, Israel (McCarthy) is struggling to hold down a day job, surrendering to alcoholism and not writing anything. Desperate to pay rent, she hawks a signed letter from Katherine Hepburn that hangs in her apartment; after chancing upon correspondence from the vaudevillian Fanny Brice and selling it under dubious means, she realizes there’s big money in fake missives.

Her lone friend is charismatic mooch Jack Hock (Richard E. Grant); in between nights of heavy drinking, they conspire to further defraud the niche collectors who trade in such memorabilia.

It’s an interesting and enjoyable ramble, despite the fact that Israel is utterly despicable. (As is Hock, to a lesser extent.) She is not likable; she is not charming. There is poisonous wit, but her obstinate self-sabotage, manipulation and general hatred for mankind render the audience unable to see her as even an antihero. Yet her plight is pitiable; this is a person for whom the world and its inhabitants, save a beleaguered cat, are utter mysteries. You won’t want to know her; as the title suggests, you may not forgive her misdeeds. But you will certainly feel for her.

This heavy lift of empathizing is shared by McCarthy and Heller. The portrayal has the slightest shadow of McCarthy’s inherent likability; she is masterful in her control of the character, firmly holding an awful grouch in one hand and genuine sadness in the other. It’s hard enough for us to sympathize with our enemies in real life; to make us relate in fiction is, in many ways, an even finer trick.