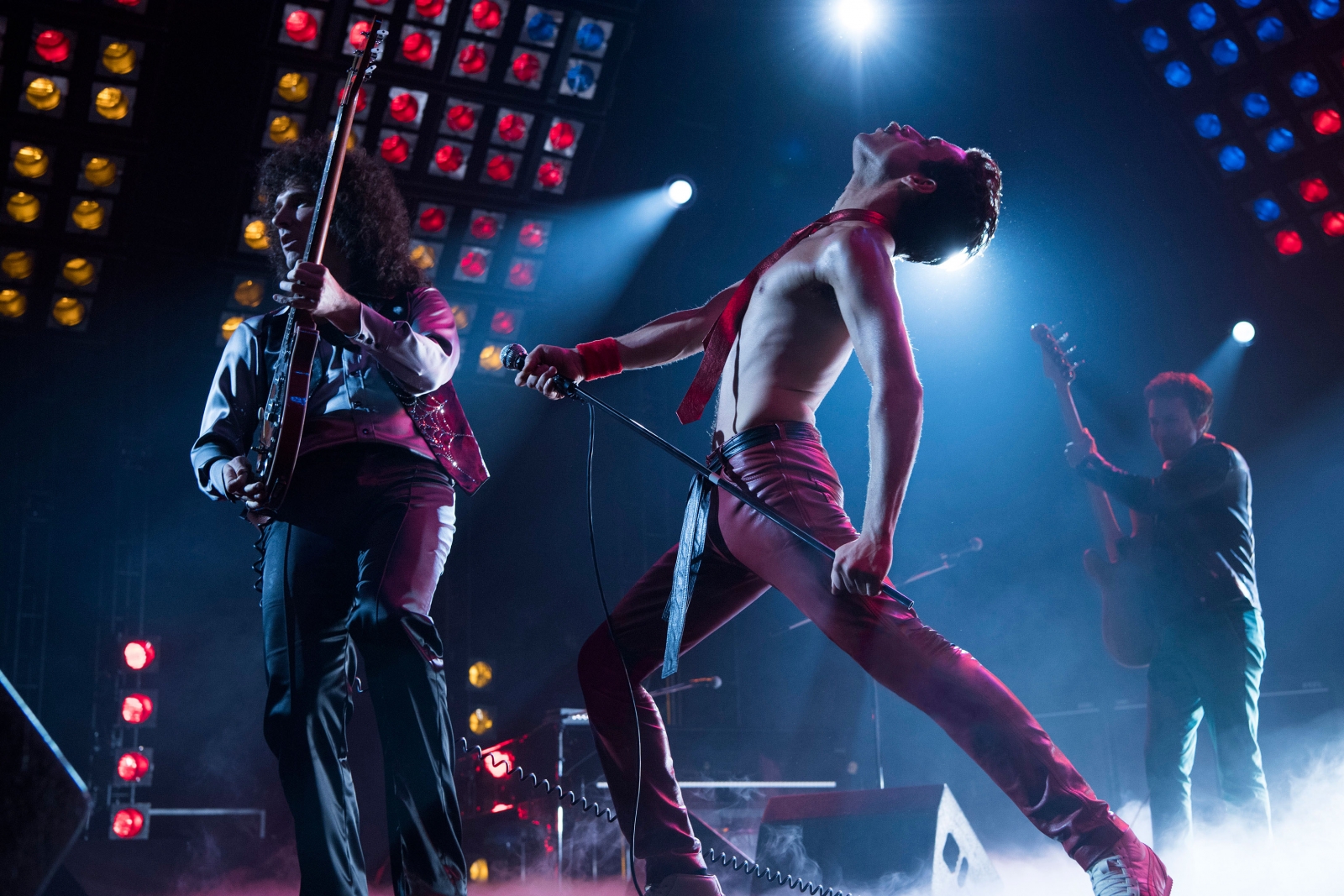 The best thing about “Bohemian Rhapsody,” disappointingly (if not surprisingly), is the music of Queen. If you want to hear the innovative, influential band’s hits come out of some very loud speakers — and are willing to part with $10 — sure, buy a ticket to “Bohemian Rhapsody.” Just don’t think you’re going to get much more than a (very) long Queen music video.

Ostensibly the biopic of Freddie Mercury (Rami Malek), “Bohemian Rhapsody” frames the other members of the band as a group of creative, if uncharismatic, music nerds rocketed to royalty by their front man’s innate superstardom. After a flash-forward to the film’s climax — one of the most tired tropes in all of cinema, and in biopics particularly — we start from the beginning, as a golden-voiced lad approaches a bar band and charms them in spite of his large teeth.

(The movie spends a bizarre amount of time on Mercury’s teeth. It’s … odd.)

The path to the top is depicted as a swift, inevitable ride; the navigation of stardom, as we learned in every single episode of “Behind the Music,” is the tricky part. Mercury’s rock-star excesses, while decidedly sanitized in this telling, create tension; the band’s unconventional and uncategorizable style rubs the suits the wrong way; the tabloids get involved.

Yes, “Bohemian Rhapsody” depicts Mercury’s sexuality with the slightest scrap of honesty. It’s watered down, pat and reductive, but it’s there. The film does not avoid the fact that Mercury remained closeted by fame before dying young, of complications from AIDS. I should say, however, that this take is not groundbreaking or even particularly thoughtful; “Bohemian Rhapsody” does enough to avoid criticism and not a bit more.

Perhaps the movie might’ve succeeded in this regard (or some other regard) had it not been handed to perennially underwhelming director Bryan Singer — who was, in fact, fired midway through the production and replaced by the marginally more serviceable helmer Dexter Fletcher. A more capable captain may have at least trimmed the fat; the film lasts 134 minutes for no discernible reason.

By the skin of his prosthetic teeth, however, Malek just manages to drag “Bohemian Rhapsody” into competence. He gives a performance that both answers questions about Mercury and further mystifies them; in his work, we see a 24-hour rock star who struggles with his persona as much as the rest of us wonder at it.