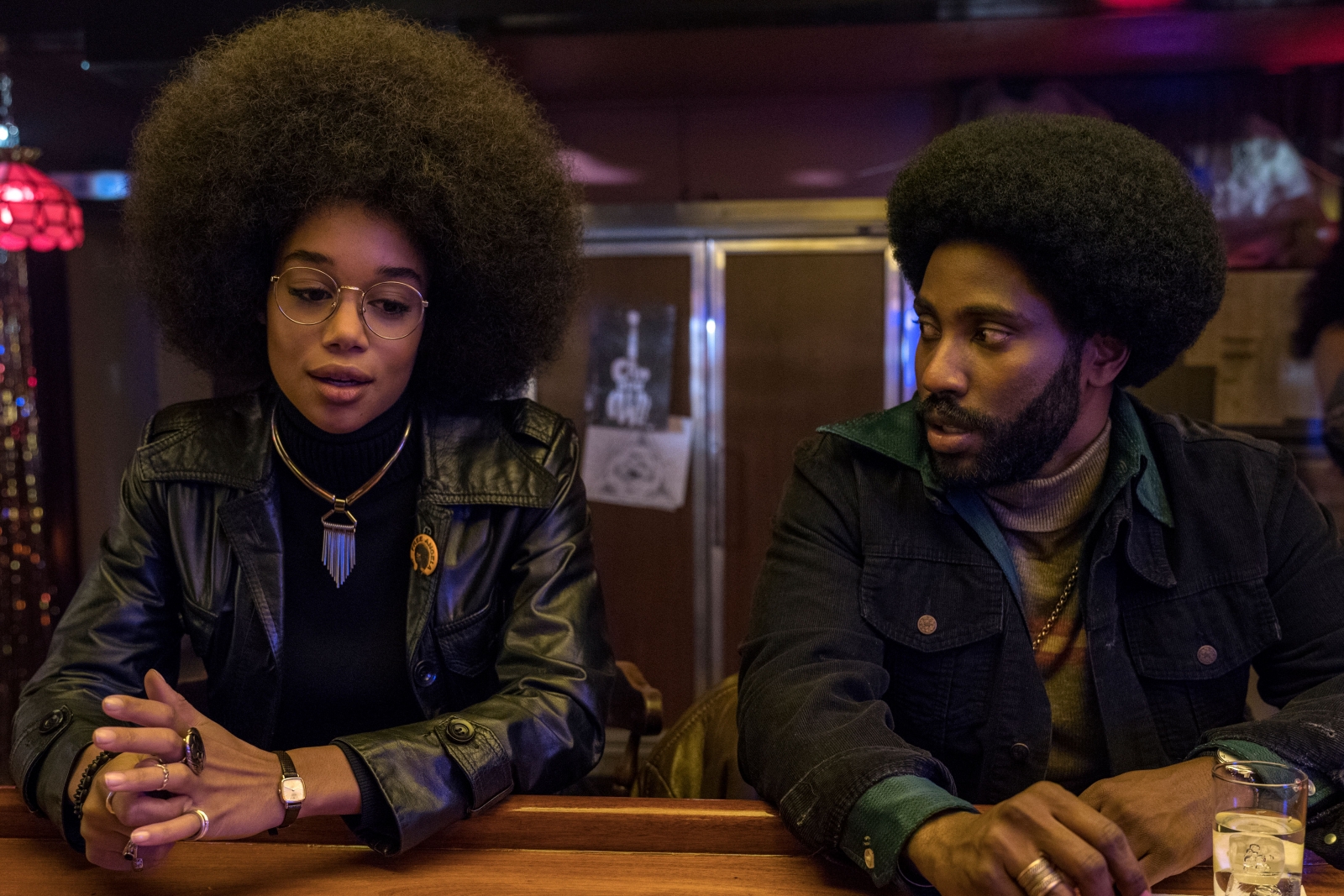 Spike Lee’s “BlacKkKlansman” is a movie custom built for its last five minutes.

I won’t tell you what happens in the film’s coda. But it serves almost as a response to the preceding movie; it as though everything that came before is the setup for a troubling punchline. It’s undeniably effective, even chilling, in the hands of an auteur — a roundhouse though it may be.

Before that, “BlacKkKlansman” is simply a good movie.

Ron Stallworth (John David Washington) overcomes a foothill in the mountain of institutional racism to become, in the mid-’70s, the first black officer in the Colorado Springs police department. He manages to work his way out of bureaucratic purgatory only to be assigned a job spying on a significant civil rights leader coming through town.

When he spies a recruitment ad for the Ku Klux Klan in a local paper, though, he impulsively begins his own operation: Attempt to infiltrate the hate group, using his own voice during phone calls and a white stand-in (Adam Driver) in person. The Klan proves to be limited in number, somewhat inept and desperate for adherents; gaining admittance, and even impressing grand wizard David Duke (Topher Grace), proves remarkably easy.

There is tension in some of these scenes, particularly when the local chapter’s resident grouch starts grilling the fake Stallworth on his heritage. And a resonant subplot depicts the difficulty the real Stallworth has in balancing his self-image with his day job. Oddly enough, though, there are the broad beats of a comedy to “BlacKkKlansman,” particularly as it becomes evident that the local Klan is more concerned with drinking and complaining than anything revolutionary.

Lee is making great cinema here, showing both the inventive storytelling of his best work and the mainstream sensibility of more commercial efforts such as “Inside Man” and “Summer of Sam.” The team of super-producers, which includes Jordan Peele and Jason Blum, has assembled a powerhouse cast; Stallworth is as charismatic as he is stalwart, and Driver reminds us that he’s capable of anything. Patrice Dumas, as a student organizer who emerges as Stallworth’s love interest, gives what should be a breakthrough performance; she’s a natural star.

With its late-game turnaround, “BlacKkKlansman” has a jarring structure; it’s hard to evaluate a movie with a skeleton so markedly unfamiliar. I’m pretty sure there’s something awfully powerful here, though. It’s great filmmaking, of course — and something more.