DC's latest superhero flick is ridiculous and over-the-top, but it just barely comes together. 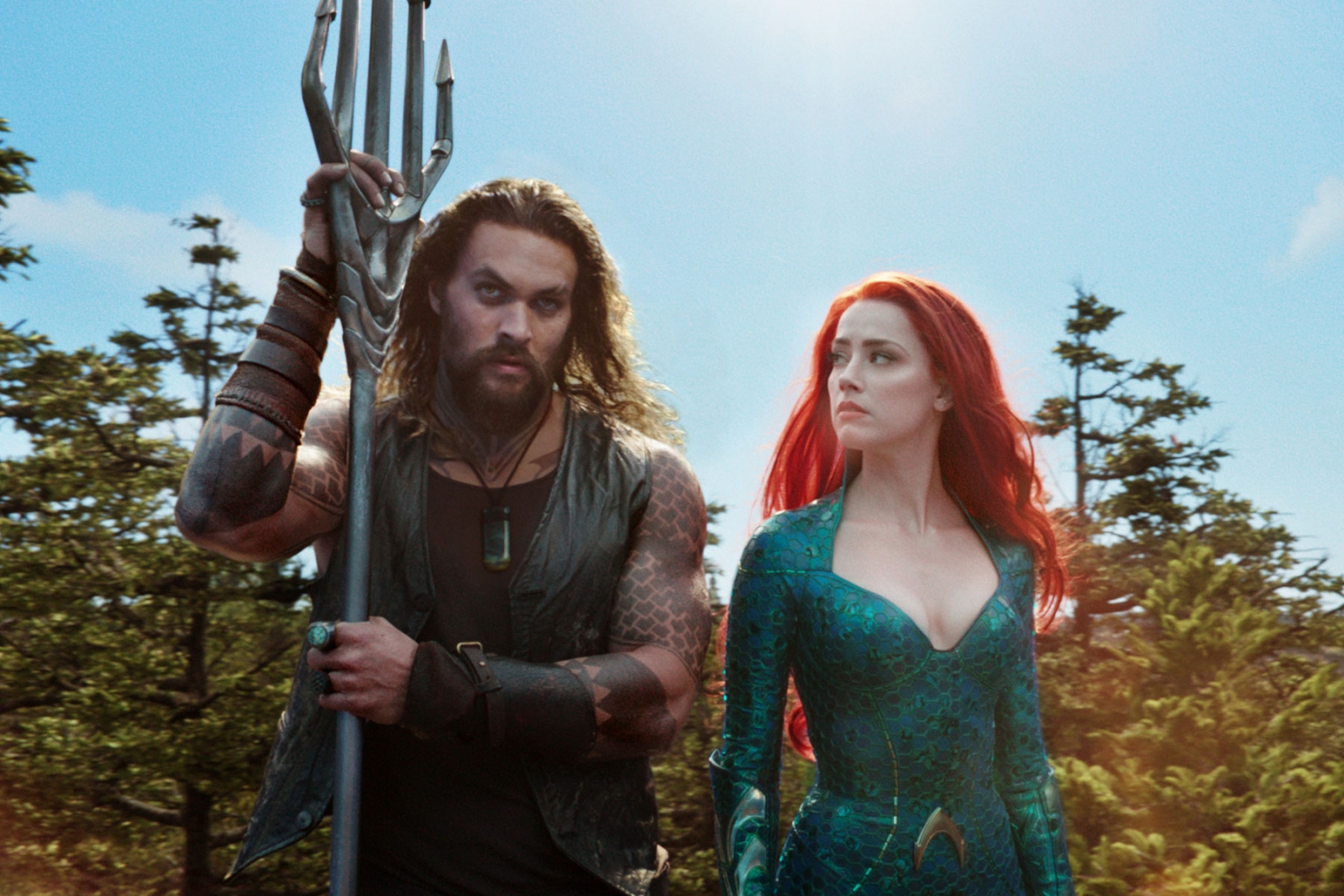 With nearly nothing left to lose, the embattled DC Extended Universe can afford to get a little weird. And they have a hero, Aquaman, who is best served … weird.

In 2017’s messy “Justice League,” the underwater brawler was rendered as a ho-hum, central-casting badass. The role was hung on the alleged charm of Jason Momoa, a theoretically competent actor; Momoa is basically what a hyperactive 8-year-old would come up with if asked to describe a cool guy.

Fortunately, that fits right in with DC’s overall model.

After the comic-book giant and its cinematic partner, Warner Bros., finally got the hint that their Zack Snyder-helmed universe was not resonating, they decided to turn up the camp for “Aquaman.” The result is a fireworks display of nonsense and wonder; it’s occasionally still too dire and serious, but it’s also a movie where soldiers in video-game armor ride giant seahorses in underwater calvary charges.

I’m pretty sure an octopus plays the drums at one point. You know, like in “The Little Mermaid.” (And no, I don’t give them enough credit to read that as a deliberate nod.)

It’s an origin story for the soggy superhero, beginning pre-conception; an Atlantean queen (Nicole Kidman) meets a lonely lighthouse keeper (Temuera Morrison) and they have a half-royal baby. The queen is eventually pulled back under the sea, however, setting up an eventual power struggle between our hero and her other son, the power-hungry King Orm (Patrick Wilson).

If only we could get to that struggle quickly, however; there’s also a massive subplot involving a pirate (Yahya Abdul-Mateen II) foiled by Aquaman. He wants revenge, you see. This entire story, which blatantly sets up a sequel, could’ve been excised altogether, resulting in a particularly enjoyable 90-minute movie; instead, we have a clunky and bloated 143 minutes of action.

Nor is that the only element of “Aquaman” that doesn’t work. Despite a strong performance by Amber Heard, the de rigeur love story doesn’t click. Flashbacks, wherein a kindhearted Atlantean (Willem Dafoe) teaches the lad about his powers, don’t either.

And yet: “Aquaman” kinda comes together. Maybe that’s thanks to director James Wan; the horror vet is given room to show off what he can do, particularly in a harrowing sequence involving a Lovecraftian beast voiced by Julie Andrews. (Yes, Julie Andrews.) To use a cliche — because this movie loves them — it’s just crazy enough to work.