The latest chapter in the sprawling "Conjuring" series is a bit silly, but far more enjoyable than expected. 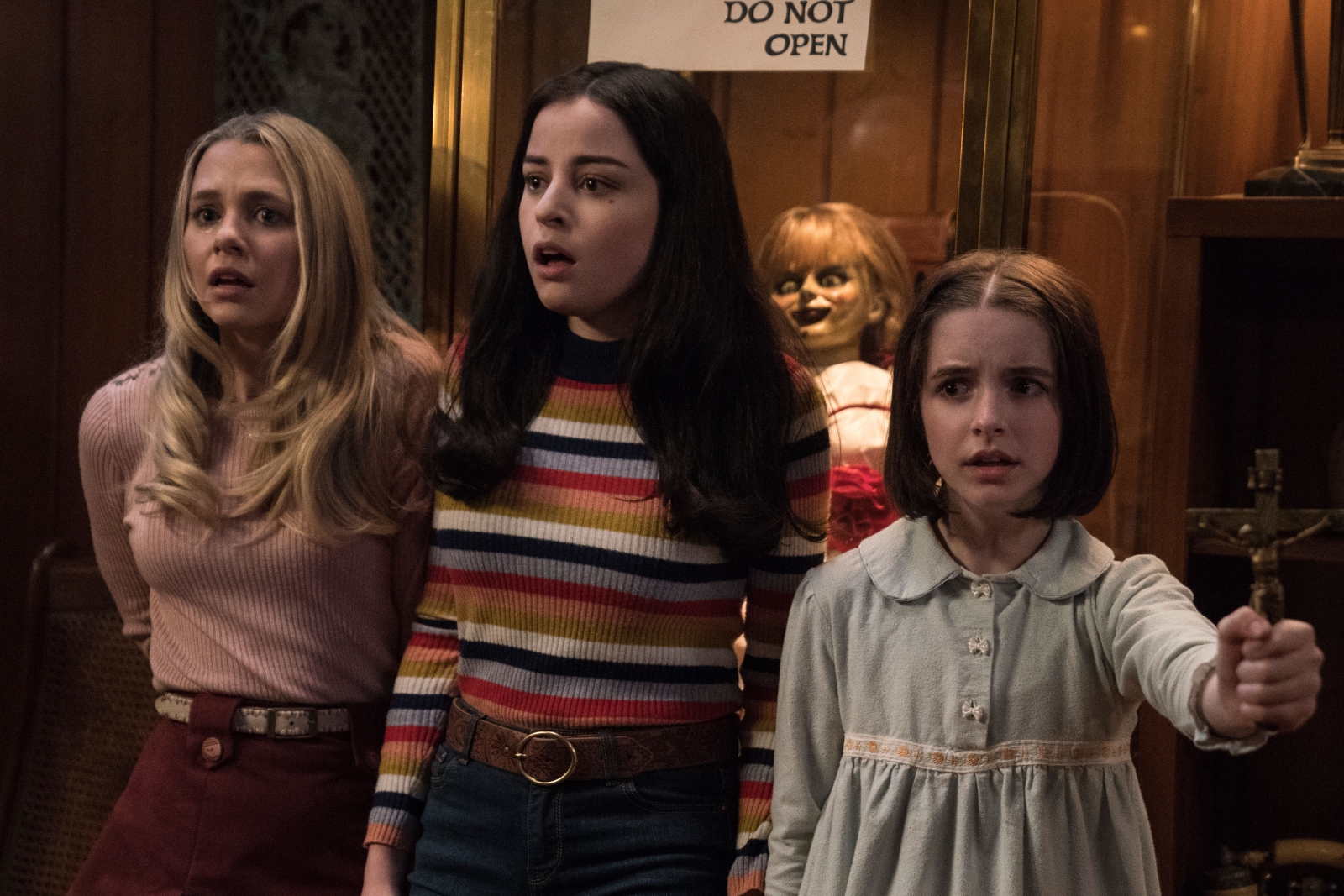 To the vague, begrudging satisfaction of horror fans, a 2013 sleeper hit about demonic meddling has turned into a neverending story.

“The Conjuring,” an above-average creeper directed by James Wan, was a satisfying and atmospheric tale. It also offered a wellspring: The fictionalized careers of noted demonologists Ed and Lorraine Warren, literally the only two people in history who can be called “noted demonologists.” In the series as well as real life, the Warrens have maintained a macabre museum of artifacts from their endeavors.

That collection of hadean doohickeys serves as its own script department; any item on the shelf can be spun into a 90-minute thriller. “Annabelle Comes Home,” the latest installment, doesn’t even bother to pick one: It merely locks a teenager in the room and lets her inadvertently deploy some demons.

The teen is Daniela (Katie Sarife), mourning the tragic death of her father. Her best friend, Mary Ellen (Madison Iseman), serves as babysitter to the Warrens’ daughter, Judy (McKenna Grace). Daniela sees an opening; perhaps she can poke around the Warren place for something that can contact dear old dad?

It’s nominally part of the “Annabelle” sub-franchise, tales of a ludicrously creepy doll that serves as a beacon for anything discorporeal. Or so we learn in an extended cold opening featuring Ed (Patrick Wilson) and Lorraine (Vera Farmiga). They bookend the film, leaving most of the action to the kids (and, presumably, allowing for a shorter shooting schedule for the stars).

Is it a somewhat flimsy premise? Yup. Is it shoehorned into an already-spiraling series? Oh yeah. Yet “Annabelle Comes Home” manages to be one of the most effective films in the franchise. We take a weird path to get there, but once we arrive, it’s a simple setup: The house is full of a coalition of beasties, the kids need to contain them. A number of the featured haints are particularly spooky, especially a series of souls awaiting their trip across the river Styx; the sound of coins clinking onto a wood floor is chilling.

It’s not perfect; a misty werewolf is particularly feeble. But the “Conjuring” series is deft at setting up scares as though they’re jokes. See the scenario, know that a shock is coming, wait for it, wait for it … and it comes from somewhere else. With the right setting — see the unholy collection of possessed hardware — it’s good fun.