The 400-Word Review: An Acceptable Loss

Jamie Lee Curtis is worth your attention in a film that is otherwise a mixed bag. 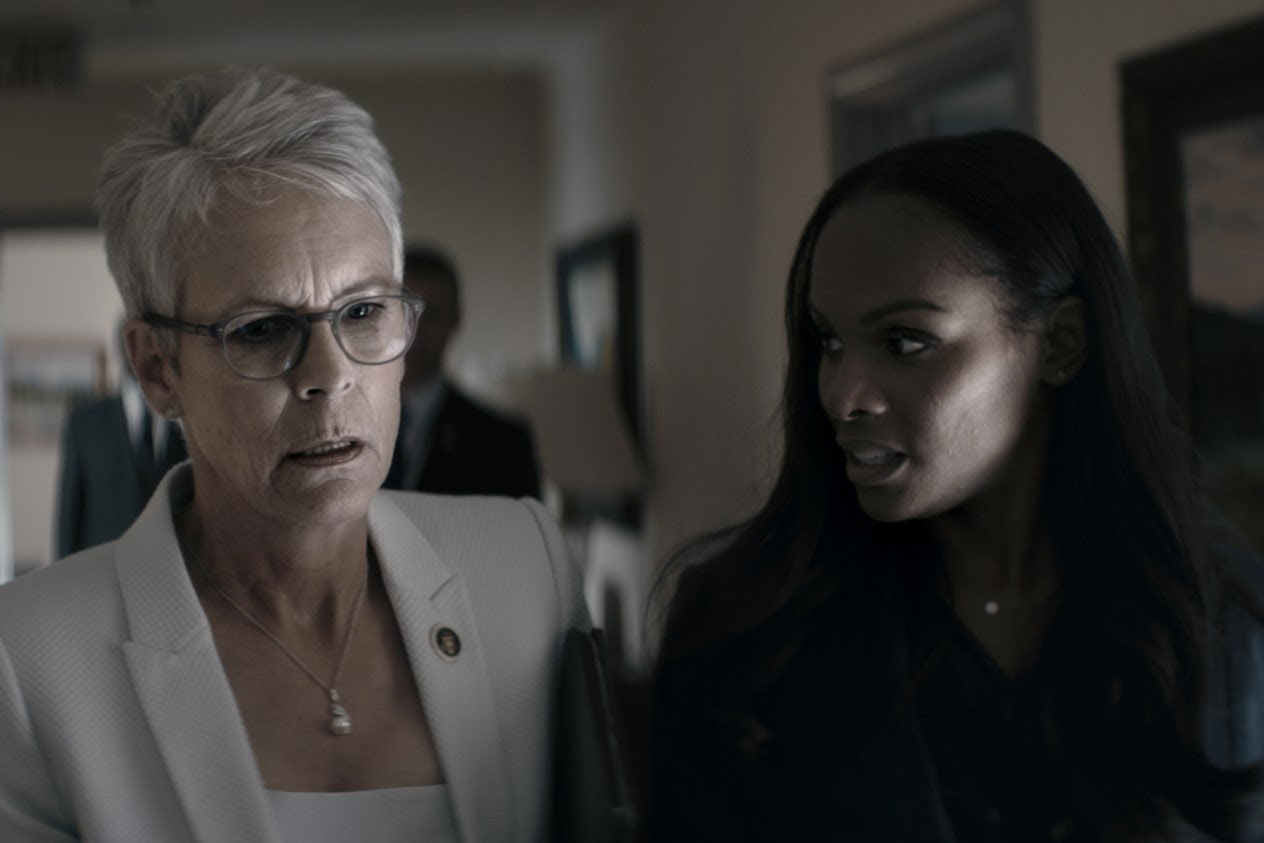 No one asked me, but here’s what I would’ve done with “An Acceptable Loss”: Re-cut it into a horror movie.

I know, I know. That’s my answer for everything. But I have a point this time!

The best thing about “An Acceptable Loss,” a middling political thriller from director Joe Chappelle, is Jamie Lee Curtis. She plays a hawkish, Machiavellian vice president, in a supporting role. She’s great. Intense, dynamic, perfectly evil. It’s a fine performance. And Jamie Lee Curtis is fresh off a cultural revitalization, having revived her iconic character in last year’s “Halloween” sequel.

It’s kismet: Chappelle also directed a “Halloween” movie! Sure, it was the universally loathed “Curse of Michael Myers,” but still! The last “Halloween” was a hit, everyone loved Jamie Lee Curtis in it, just remix this thing, throw on a better score and we could have a passable horror movie, here!

Because what we actually have is a thriller that doesn’t quite thrill. Tika Sumpter, in another strong performance, plays disgruntled ex-military honcho Elizabeth Lamm. At the Veep’s urging, Lamm justified a devastating overseas attack; now, Lamm is a prisoner of guilt, stalked by protesters and unsuccessfully trying to convert to academia. There’s a freshman watching from the bushes and the White House Chief of Staff — who conveniently happens to be her ex — is giving her a hard time.

The trouble, however, is that “An Acceptable Loss” has one of those circuitous plots that can only be pulled off under the best of conditions, and Chappelle — who hasn’t made a feature in 17 years, having worked mostly in television — is not the best of conditions. By the awkward midpoint reveal of what’s actually going on in the movie, you’ll be losing interest; by the climactic back-and-forth twists, you’ll have checked out.

It’s a shame, because Curtis is worth the price of admission. And Sumpter is a rising star with a wealth of gravitas; she’s begging for a shot at an action franchise. If you’re the sort who can while away hours with a paperback about scandals in the halls of power, you might get enough out of “An Acceptable Loss,” but for most of us, these strong performances are wasted.

It’s not too late. We can turn this thing into a horror movie. Hell, digitally insert Michael Myers. It’ll come out better than at least half of the “Halloween” movies.