The prehistoric drama is here to answer a question no one asked about the world's first-ever dog. 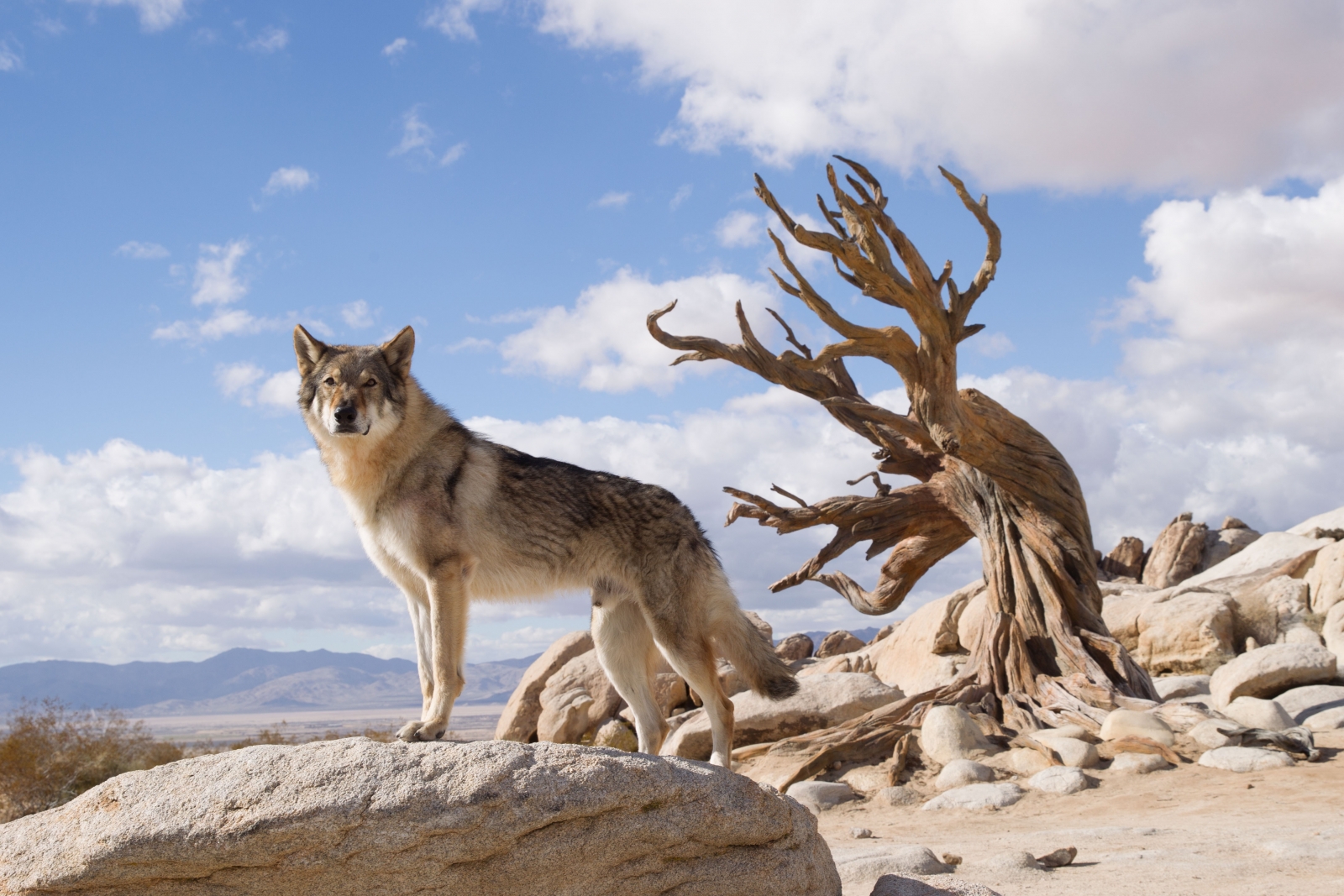 My longstanding grudge against origin stories left me with unavoidable bias against “Alpha,” a faux-historical drama that means to explain the untold history of … dogs.

This is a movie that dramatizes the moment when a wolf first decided that a human was okay. Which is both a relatively pedestrian premise and a woeful misunderstanding of evolutionary biology. But hey: If we let science get in the way of movies, we’d have very, very few movies.

It’s 20,000 years ago, and humans are having a tough time in Mesolithic Europe. Harsh weather, large beasts, rudimentary tools: Things are a grind. Keda (Kodi Smit-McPhee) is the sensitive son of the village chief (Jóhannes Haukur Jóhannesson); he’s good with his hands, but shies away at the prospect of hunting.

Nevertheless, it’s time for the lad to go kill some bison with the tribe. When the moment arrives, Keda panics, finding himself unceremoniously flung over a cliff by a raging bull; the tribe assumes he’s perished and tearfully returns to the village. Keda, however, wakes up, much the worse for wear, with wolves on his trail. After he manages to injure one of the canines in self-defense, a bond is formed.

“Alpha” is a survival story, almost entirely concerned with Keda’s long journey home; as much as the relationship between man and proto-dog is centralized in the narrative, it’s almost to the side of the full thrust of the plot, which is mainly about Keda trying not to die. Smit-McPhee, the babyfaced 22-year-old actor with a surprisingly long resume — he was the lad in “The Road” and “Let Me In” and has worked steadily since — has a wiry intensity but lacks the chops to anchor the journey.

The heavy lifting falls to director Albert Hughes, who copes with the limitations of story and star by modifying “Alpha” into a symphony of landscape and light. Hughes has primarily directed with his brother, Allen (“Menace II Society,” “The Book of Eli”); here, he stretches his legs with a thousand visual flourishes, from the cosmic to the microscopic.

The result is a dizzying picture. When it works, it’s majestic; when it doesn’t, it’s like one of those t-shirts with an airbrushed image of a wolf howling at the moon, rendered in absurd clarity. If the second half of that sentence appeals to you, you should buy a ticket.