Disney's live-action remake of the '90s hit stars Will Smith as the iconic Genie. 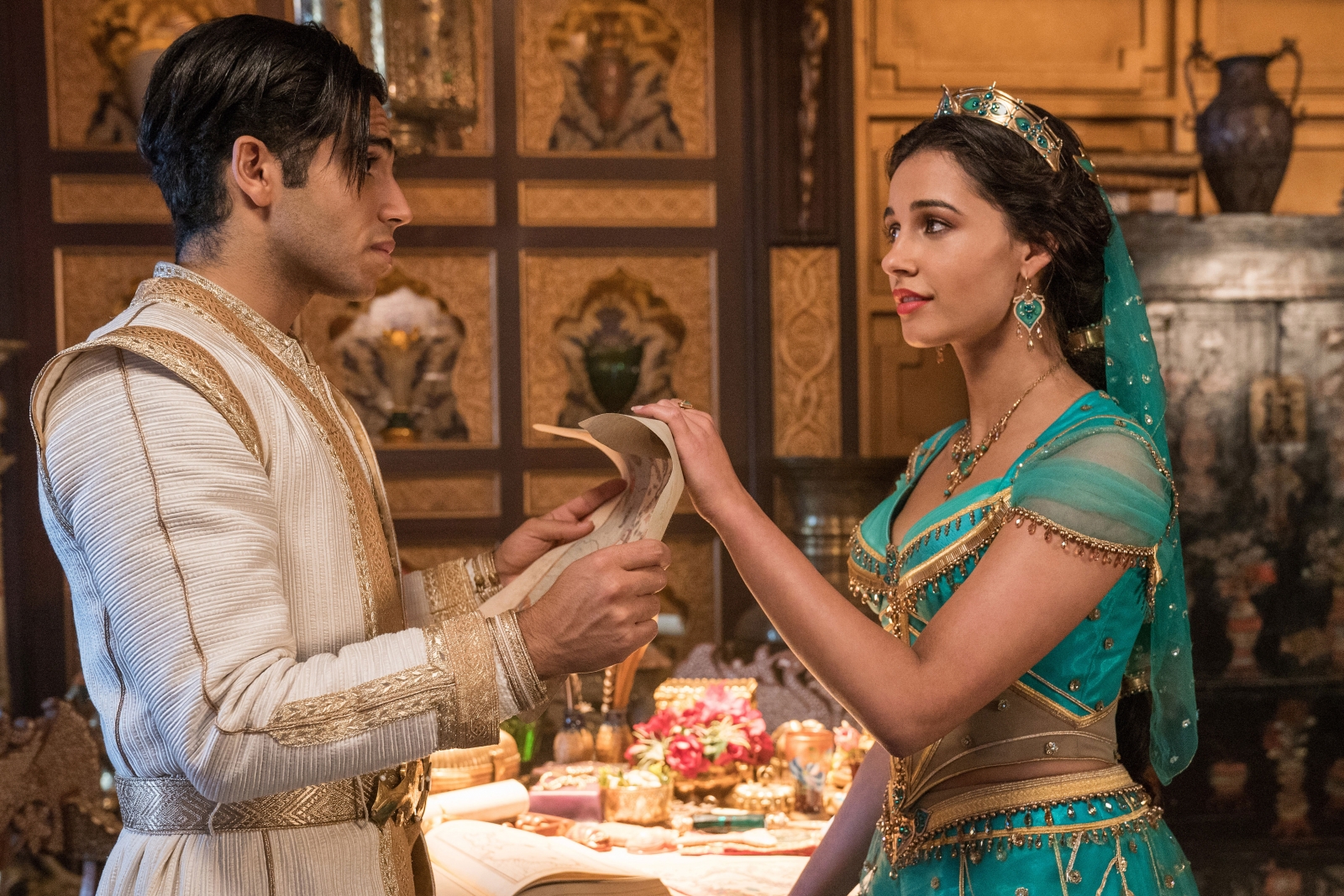 There’s money, assuredly, in Disney’s live-action habit. For several years, the Mouse has been eating its own tail, remaking animated favorites (and some less classic choices) as live-action pictures. The trend has reached breakneck speed, with reboots of “Dumbo,” “Aladdin” and “The Lion King” set for 2019, as well as a sequel to prior re-imagining “Maleficent” and a live-canine “Lady and the Tramp” scheduled for streaming release.

The quality of these reheated meals varies: “Beauty and the Beast,” yes; “The Jungle Book,” sort of; “Pete’s Dragon,” not at all. Unfortunately, by ramping up the output, Disney seems to be moving too quickly to ensure all these intellectual-property exhumations actually work.

Such was the case with “Dumbo,” a visually lovely but textually muddled effort; that trend continues with “Aladdin.” While it’s an appropriately lavish and thoroughly earnest take on one of Disney’s most beloved tales, it can’t avoid certain pitfalls.

The big one: Will Smith. The erstwhile megastar has spent more than a decade on duds and missteps; that respite from quality has, apparently, robbed him of some of his abilities. His take on the Genie shows flashes of humor but never really settles into a cohesive whole. The fault isn’t his alone; it’s on the producers for casting a guy who can’t carry a tune to tackle some of Disney’s biggest hits. (When he’s allowed to rap, it’s fine; when he’s asked to sing, it’s like watching a high-school musical at a school that’s about to be demolished.)

The rest of the cast is generally strong. Naomi Scott is excellent as Jasmine; Nasim Pedrad gets the film’s easiest laughs as the princess’s handmaiden, Dalia. Mena Massoud is more than capable as Aladdin and sings excellently.

Like “Beauty and the Beast,” the new “Aladdin” attempts to imbue in its princess more agency than she was afforded in the ’90s. Jasmine is the smartest person in every room, with political ambitions that defy tradition. These additions are, like everything about the film, a mixed bag; some are welcome correctives, others are little more than filler, one in particular — a sore-thumb pop ballad, “Speechless,” penned by “La La Land” songwriters Benj Pasek and Justin Paul — is disastrous.

With eager charm and tenacity, “Aladdin” stumbles into pleasant territory. It’s more style than substance, though; one wonders what Disney might’ve come up with had they not had so many other plates to spin.

"Aladdin" opens in wide release on Friday, May 24.