Shailene Woodley is lost at sea. Unfortunately, so is the script to this drama. 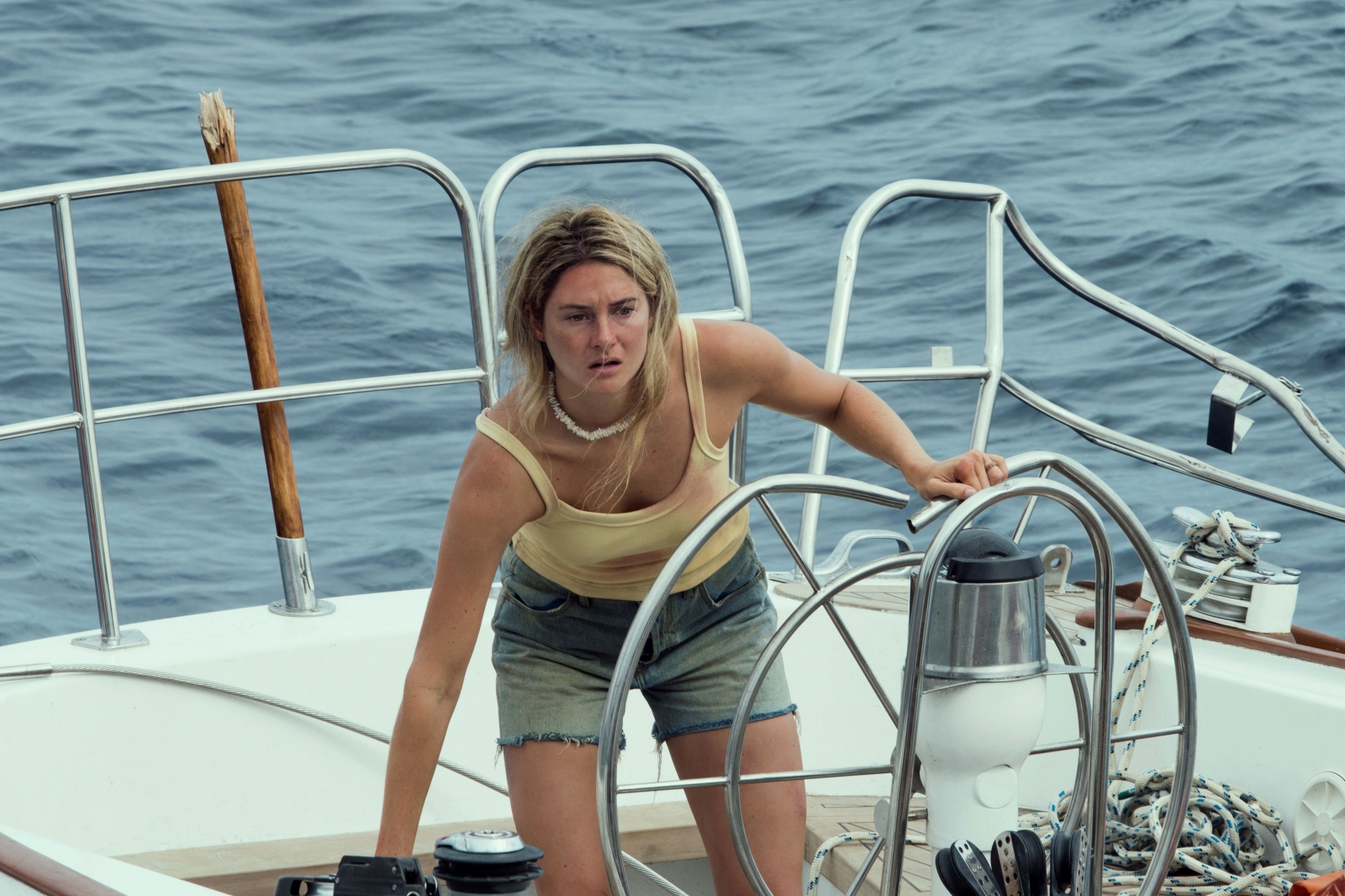 Maybe don’t go on a boat.

That’s the big takeaway from “Adrift,” a new drama starring (and produced by) Shailene Woodley as a young sailor lost at sea. The aim, I’d imagine, is for a message about the endurance of the spirit or the nourishing power of love or some such axiomatic positivity, but I mainly left the theater wary of, like, ever being on a boat.

Directed by Icelandic filmmaker Baltasar Kormákur, Adrift tells a mostly true tale concerning the brief romance of Tami Oldham (Woodley) and Richard Sharp (Sam Claflin), two sun-dappled drifters who fell for one another in 1983 in Tahiti. Sharp (both in life and on the screen) was something of a sailor; that year, he accepted an offer to deliver a pleasure yacht across the Pacific; with a reluctant Tami on board, he sets sail but swiftly meets Hurricane Raymond, leaving the ship … adrift.

There’s plenty of drama in the tale, to be sure, though the screenwriters — twin brothers Aaron and Jordan Kandell (“Moana”) and David Branson Smith (“Ingrid Goes West”) — unfortunately do their best to undercut it. What shock and dismay there might have been if “Adrift” would’ve opened as a pure romance — following these impossibly shapely twentysomethings through the tropics for a good hour before the sudden and devastating shift of tragedy! That’s a movie!

Instead, the script follows a dull and derivative sequence of flashbacks, opening with the immediate aftermath of the storm, jumping back to Tami’s arrival in Tahiti, and so on until the earlier timeline catches up to the beginning of the movie. It’s a timid, disappointing decision, a product of 21st-century fears; evidently, they were so worried that we wouldn’t wait an hour for the shipwreck that they decided to make a far inferior movie just so no one would lose interest.

The news isn’t all bad, though: Kormákur’s direction is quite good indeed, mining drama, suspense and genuine heartbreak out of the couple’s plight. The Robert Redford flick “All Is Lost” told a similar tale a few years back but couldn’t manage to make the prolonged danger compelling; “Adrift” tells a mobile and dynamic tale despite its confinement.

Most importantly, Woodley remains a compelling, raw and empathetic performer — exactly the kind to wring intrigue out of “Adrift.” This is her movie, through and through. I shudder to think what it would’ve been without her.