The Lawrenceville bar will stir and shake its last cocktails in April. 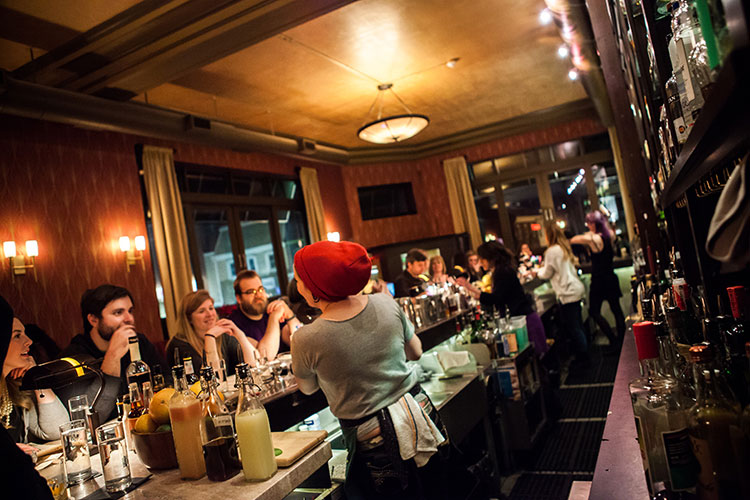 “We’re proud of what we did and the concept we’ve brought. We had a ton of success with Tender. But it’s time to move on,” says owner Jeff Catalina, who was calling from London.

Tender, celebrated for its outstanding bespoke and classic cocktails, opened four years ago in Lawrenceville with what was billed as a “Dream Team” of bartenders (Fredrick Arnold, Sarah Clarke, Nathan Lutchansky, Craig Mrusek, Marie Perriello and Sean Rosenkrans). It continued to be a top spot for some Pittsburgh’s best bartenders throughout its run. We honored Tender as "Best Classic Cocktail Bar" in Pittsburgh Magazine’s recent Best Bars in Pittsburgh feature.

Tender’s kitchen also had a shining — if too short — moment under the leadership of chef Brian Little. Pittsburgh Magazine’s independent Restaurant Review Panel named Tender as a Best Restaurant 2015 primarily because of Little’s culinary talent.

“Even in four years you make a dent in the community,” Catalina says. “We’ve had first dates at Tender and engagements at Tender.”

I’ll always have a soft spot for Tender. In addition to imbibing more than a few delicious cocktails and having some marvelous conversations at the bar, it also is where I was introduced to Jannamico Super Punch, the only amaro that’s imported directly to Pittsburgh. I’ll have a spoonful for you tonight, Tender.