A photo posted by Squirrel Hill Urban Coalition (@squirrelhillurbancoalition) on Jul 8, 2016 at 9:43am PDT

After 18 years in the same spot, Ten Thousand Villages in Squirrel Hill has moved to a new location, although one in the same, uh, village.

The retailer, which sells items handcrafted by artisans across the world, celebrated its grand reopening at its new location at 5820 Forbes Avenue earlier this month. The location is just two doors down from its former spot.

The new, larger space has room for an expanded selection of artisan products, including clothing. There also will be a community space and additional education programming. 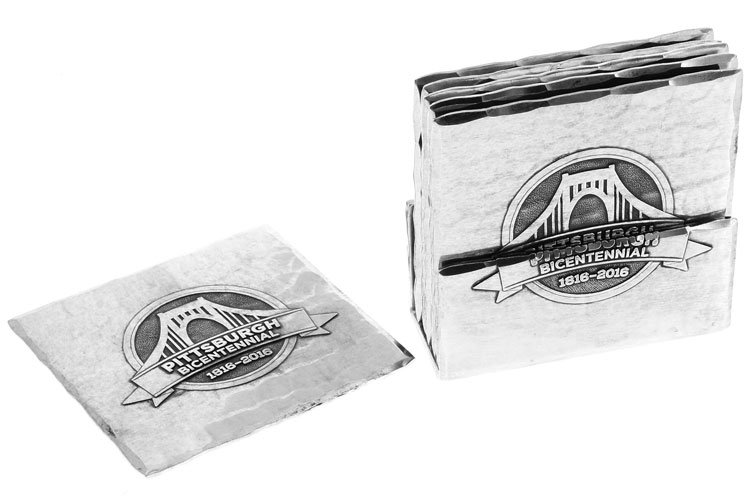 It’s only July, but add this to your Christmas list.

Earlier this month, Wendell August, the Grove City-based metal giftware brand, announced it was pairing up with photographer JP Diroll for a new line of Pittsburgh-themed ‘City of Bridges’ products.

The City of Bridges collection also includes a number of classic Wendell August décor and serving pieces, as well as new modern designs that complement the style of the photographs, according to a press release from Wendell August.

A majority of the items feature Diroll’s “Black and Gold” and “Super Moon” photographs hammered into aluminum and bronze. As for the City of Bridges Ornament Series, the Roberto Clemente Bridge is the first up to be featured in the collection.

“We are excited to expand our offering of products that showcase the charm of Pittsburgh,” says Christian Werner, President of Wendell August. “We are always in search of artistic talent to combine with our metal craftsmanship, and Diroll’s photographs bring a new look to our Pittsburgh product line.”

Released on July 1, the JP Diroll Pittsburgh collection is available at Wendell August retail locations and at www.wendellaugust.com/pittsburgh.