Tea, Cake and Death: A Safe Place to Discuss a Scary Subject

“Death Cafes” seek to reduce taboos around the act of dying. 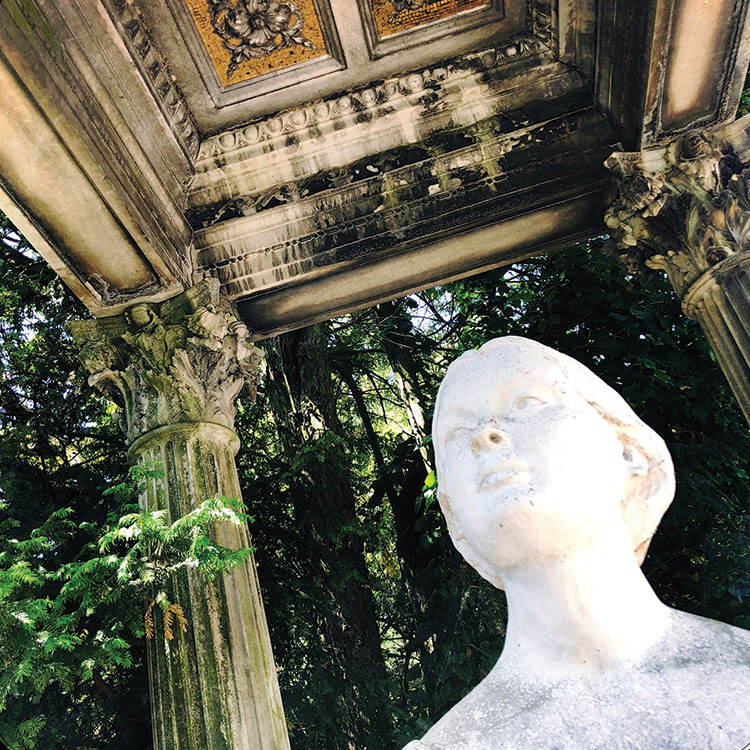 In 2016, Julie Zavon found herself in a position familiar to many people who have reached middle age: dealing with a parent’s decline. Her father was suffering from dementia; caring for him left her emotionally and physically exhausted and on a quest for relief. “I was open to anything friends suggested that could lighten my load or give me a different perspective,” she says.

She tried a number of things, including her first massage and Tai Chi, before taking the advice of a college friend and attending a Death Cafe.

Death Cafes (deathcafe.com) aim to remove the taboo around talking about death. They have taken place in the Pittsburgh area since 2015.

Zavon has attended two Death Cafes since moving to Pittsburgh in April 2017, and six in Cincinnati prior to that.

“I had never been in a place where people just talked about death in such an open way before,” she says. “It was almost like stretching out after you’ve been crammed on an airplane for a long flight.”

Death Cafes were developed by Jon Underwood and Sue Barsky Reid in 2011 in the United Kingdom. The official website describes them as a “social franchise,” hoping to “increase awareness of death with a view to helping people make the most of their (finite) lives.” To date, more than 8,600 Death Cafes have been offered in 65 countries.

Pittsburgh has hosted 11, in a variety of locations — coffee shops, funeral homes, distilleries, community centers and libraries. They can take place anywhere people can gather and talk about death (while enjoying tea and cake, a hallmark of the events).

UPMC Community LIFE Chaplain Tom Bracken facilitated a recent Death Cafe in the basement of Faith Community Christian Church in Moon Township. While the setting for this particular session was a religious facility — and the host was a man of faith — he quickly assured the approximately 20 attendees that the discussion was not about spirituality.

“Even though we’re in a church, our purpose is not evangelizing. The purpose is death,” he said. “This is a safe environment to talk about a scary subject.”

Bracken kicked off the 2-hour discussion by declaring, “Guess what? We’re all dying!” He does that, he explains, as a way to put attendees on common footing — and to “take the sting” out of the concept of death.

“Education is powerful,” he says. “For some people, this is dark and morbid.

“Those people who think that are not prepared.”

Additional topics covered included the components of a good death, when life actually ends, physician assisted suicide and avoiding the pain of death trauma. Since anyone can volunteer to host a Death Cafe, the format and topics vary widely.

Like most people, Zavon had never given much thought to dying before experiencing it with her father. Death Cafes give her a way to “share in something you can’t talk with most people about,” she says. The meetings have also helped the 63-year-old become more reconciled with her own mortality.

“Bless the person who started Death Cafe,” she says. “You don’t know how freeing it is to talk about a natural, but taboo, topic until you do it.”

“You don’t know how freeing it is to talk about a natural, but taboo, topic until you do it.”

This article appears in the August 2019 issue of Pittsburgh Magazine.
Categories: Collier’s Weekly