Taste of the NFL Raises Money for Local Food Bank

A former Steelers player and a Pittsburgh chef travel to Minnesota for Super Bowl LII to cook and auction off a helmet to benefit the Greater Pittsburgh Community Food Bank. 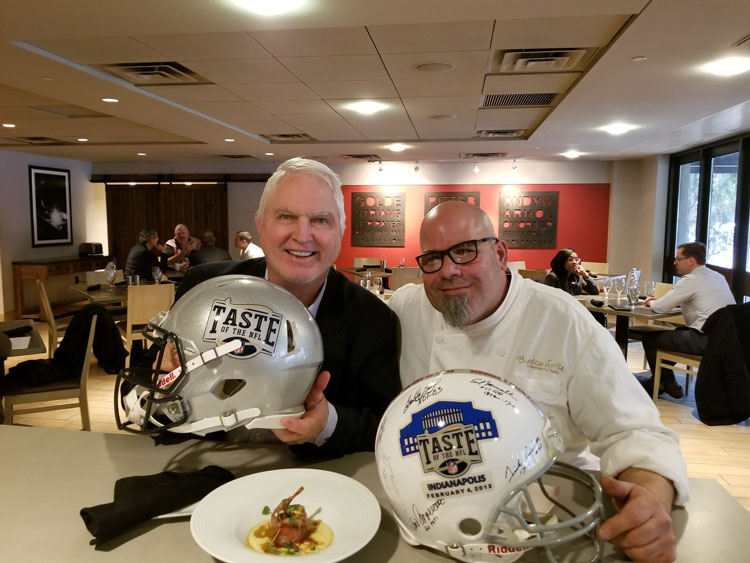 For more than 25 years on the day before Super Bowl Sunday, Taste of the NFL has brought together 32 NFL cities, represented by a chef and a former player, to cook their favorite dishes to raise money for their respective food banks. Andy Russell, former Pittsburgh Steelers linebacker, and Anthony Zallo, executive chef of the Bigelow Grille, have represented Pittsburgh and the Greater Pittsburgh Community Food Bank for the past 10 years.

“They asked, and I said yes,” says Zallo. “I believe in the charity.”

This year’s Taste of the NFL will be hosted on Saturday at Saint Paul RiverCentre in Saint Paul, Minn., the sister city of Minneapolis, where Super Bowl LII will take place. Zallo will make roasted Manchester Farms quail with prosciutto, kale and pine nuts (pictured). Typically, Zallo prepares food that is Pittsburgh related. This year, he drew from the Italian culture in Pittsburgh to make his dish. 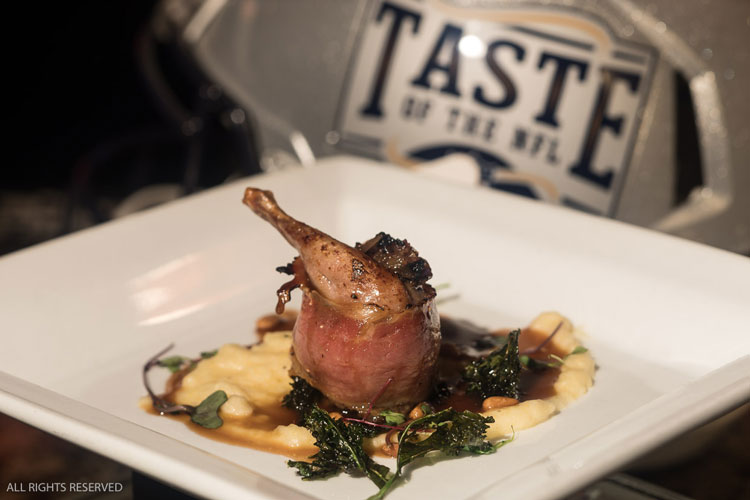 Russell will raise money for the food bank through the annual signed helmet auction. By getting signatures of past players, such as Rocky Bleier, Joe Green and Franco Harris, the former linebacker has raised hundreds of thousands of dollars for the Greater Pittsburgh Community Food Bank.

The 1,500 attendees will be able to sample foods, meet the chefs and take photos with former players and special celebrity guests.

Through this “Party with a Purpose” event, Taste of the NFL has raised more than $25 million for hunger related charities since its start in 1992.

“That’s our jobs as chefs: to feed people,” says Zallo.