Sweet Wedding Treats: The Cake is Just the Beginning

If wedding cake alone does not satisfy your sweet tooth, many other options are available. 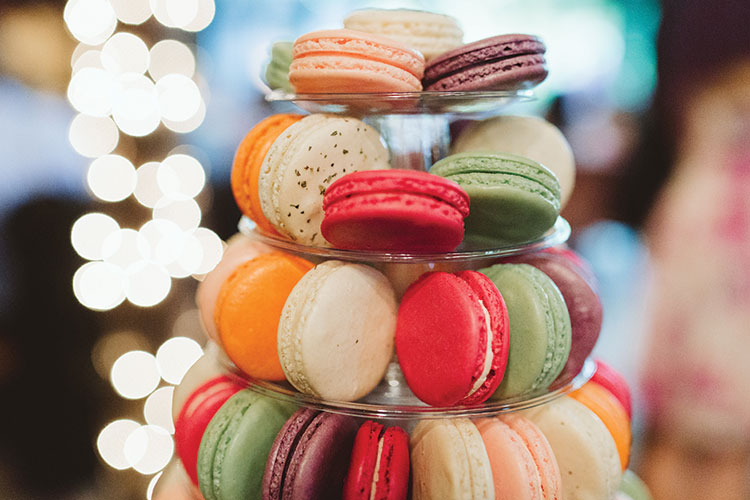 A wedding is not complete without a towering cake as the centerpiece of a reception — or so you thought. Traditional concepts are changing as alternatives to the classic cake are gaining in popularity. Some alternative selections, such as doughnuts, are “less expensive, provide more variety and allow couples who just don’t like cake to still have good dessert options,” says Courtney Daniels, wedding cake coordinator for Oakmont Bakery (oakmontbakery.com). While nontraditional options may not be for everyone, some local couples opted for unique and creative desserts, proving that if there is a whisk, there is a way. 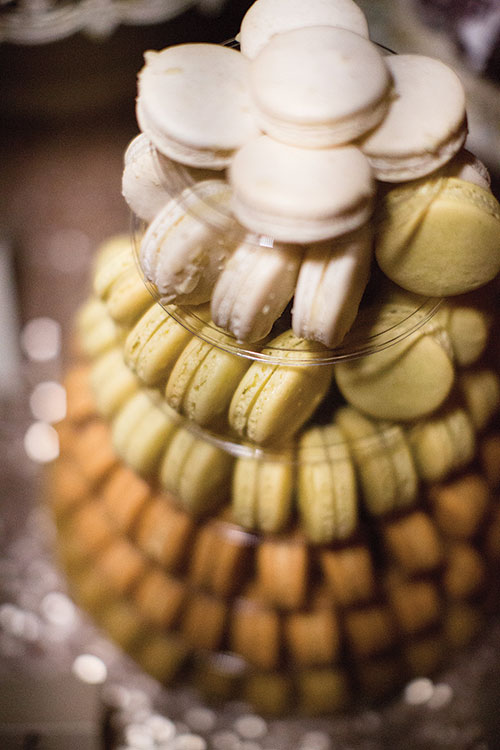 Macaron Towers
French flair, in the form of a macaron tower, made an appearance at the reception of Morgan Midgley and Jacob Manko, held on July 15, 2016 at Hyeholde Restaurant in Moon Township. The tower of pink, orange, mint-green, cream and purple assorted macarons, made by Gaby et Jules (gabyetjules.com), added color and class to the reception, which also included four cheesecakes made by Morgan’s father. Opting out of traditional cake was part of the couple’s version of a nontraditional day, including the decision to hold their reception three months after the wedding.

Macaron towers are a perfect option for couples “who don’t want tradition but want more French,” says Emeline Borie, operations, sales and marketing coordinator for Gaby et Jules in Squirrel Hill. “The macarons are delicious, and the towers are beautiful, colorful, a fun new concept, easy to pick up and can be color coordinated to the wedding theme.”
Diana Defino and Marc Ruby — who married on April 2, 2016 — also featured a macaron tower from Gaby et Jules at their formal, elegant and modern wedding. The reception, held at the Omni William Penn Hotel, Downtown, also showcased a wedding cake, but the ivory, blush and gold macaron tower was a favorite among guests. 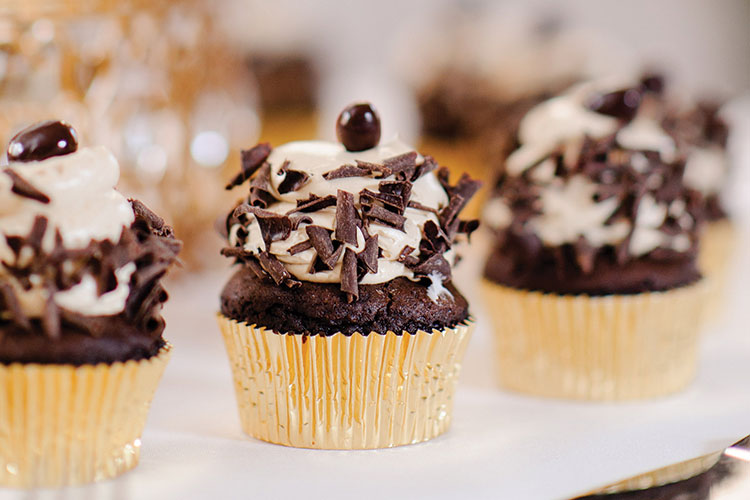 Cupcake Tiers
When they married on June 25, 2016, Katy Dorman and Kyle Werner wanted guests to enjoy a sweet cupcake treat. The chic reception at the Pittsburgh Athletic Association featured a small square cake for the couple and a three-tier display with five flavors of cupcakes.

“Cupcakes are more popular now,” Daniels says, adding Oakmont Bakery does cupcake weddings almost every weekend. Why so popular? “They allow couples to have a variety of different cake flavors” compared to the one-flavor wedding cake option, she says.

Doughnut Wall
Doughnuts are a breakfast favorite for many Americans, but display them on a wall or stack them high and they quickly become a wedding dessert must-have as well.

“Doughnuts are great for couples who don’t like cake,” Daniels says. She compared doughnut weddings to cupcake weddings, saying the doughnuts are generally stacked in tiers with a large doughnut on top. “Some couples,” she says, “have also just wanted one large doughnut placed on a pedestal.” 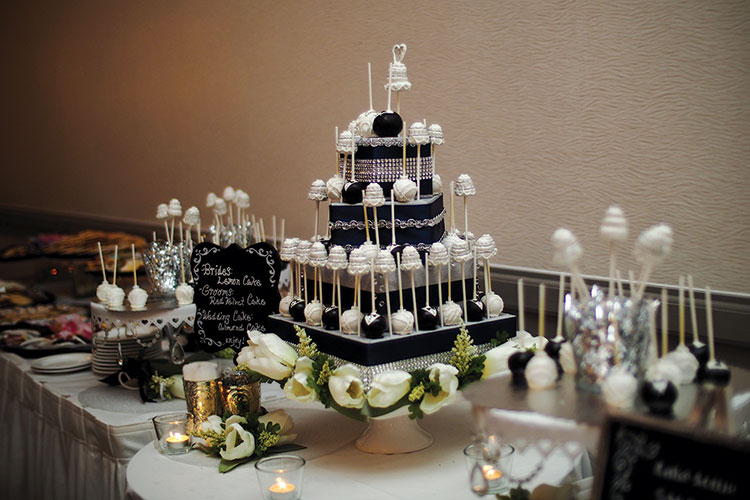 Cake Pops
Add a little pop to your reception. Maria Romano and James Gardner devoted a section of the dessert table to cake pops at their wedding on May 20, 2016. Held at the Pittsburgh Airport Marriott, the reception featured cake pops decorated to resemble tuxedos, dresses and mini wedding cakes.

“Cake pops bring an element of creativity to any event,” she says. “They can be super-customized with unlimited designs, logos, colors, shapes and flavors.”