Surprise: Deepwater Horizon is Quite Good

Reviews of "Deepwater Horizon" and "Queen of Katwe," along with local movie news and notes. 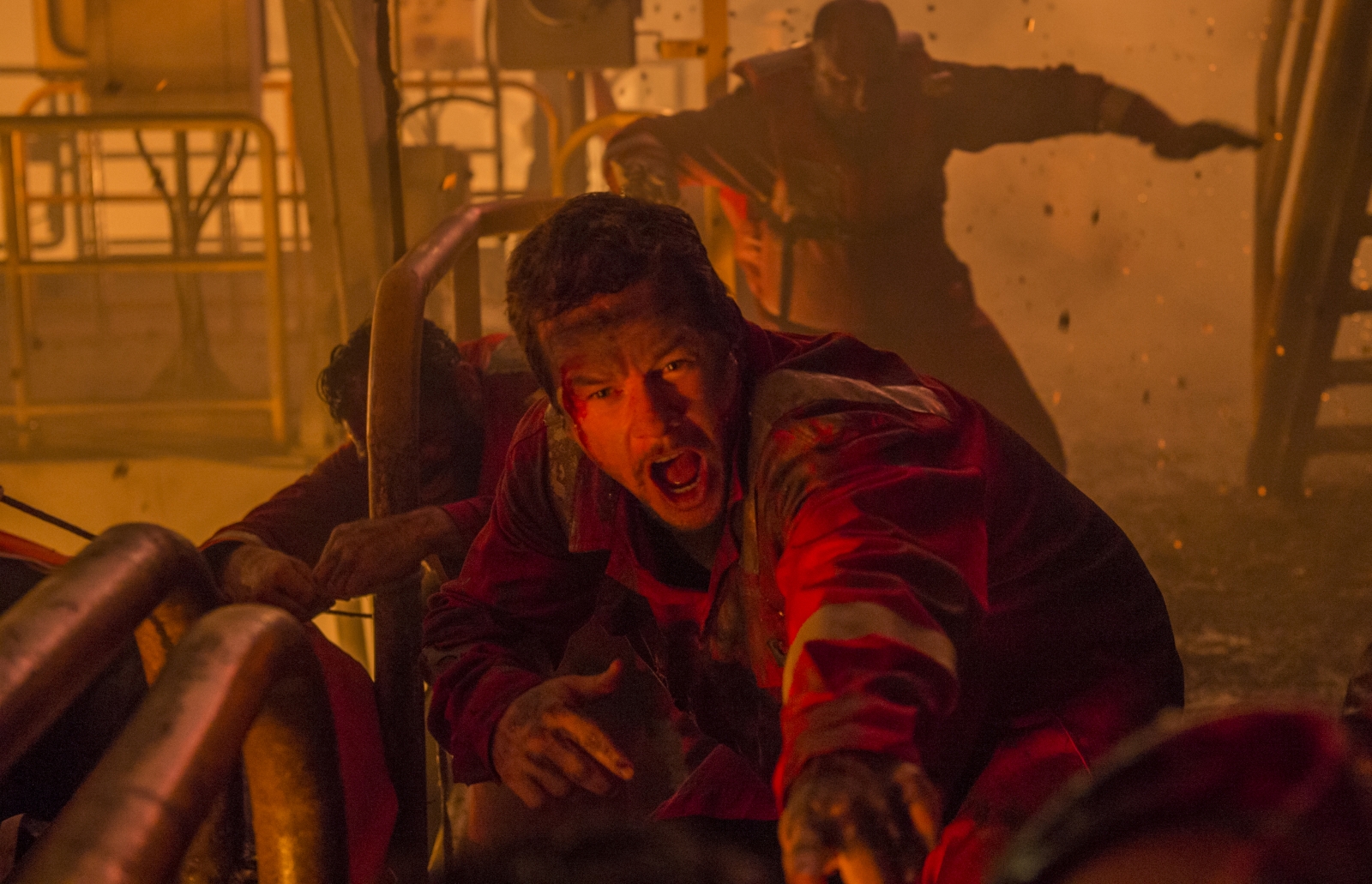 After sitting through a frivolous bird collision called “Sully” a few weeks ago, I was not relishing a trip to the theater for “Deepwater Horizon.”

True-life stories — particularly those ripped from relatively recent headlines, and definitely those meant to inspire and/or affirm — are tricky cinematic prospects. They must soften, simplify and streamline facts in the name of narrative unity. They must reduce the human scale of their tales to the perspective of a handful of characters. And, in most cases, they must build to a tearjerking, triumph-of-the-human-spirit ending that downplays or ignores the greater story.

It can be done well. But for every “Captain Phillips,” there’s … well, there’s a “Sully.” A retelling of the news that leaves all but the most gullible of viewers leaving the theater muttering, “See, that just shouldn’t have been made into a movie.”

“Deepwater Horizon” had me especially wary; as much as I was sure there was plenty of drama and heroism aboard the doomed oil rig at the moment things went so terribly wrong, the story of that incident is one of corporate negligence and immeasurable damage to the gulf of Mexico and the communities along the coast. In the wake of such devastation, how could I be made to care whether or not Mark Wahlberg got back home to Kate Hudson?

So consider me shocked: This is a pretty damn good movie.

I expected the oil rig to explode almost immediately, leading to a throwback, disaster-escape movie in the vein of “Earthquake.” Instead, the first hour of “Deepwater Horizon” carefully depicts the circumstances that led to the tragedy. There is no gentle treatment of the corporate side here; rather, the film’s villains are overbearing BP executives pushing to skip costly tests of equipment, proceed ahead of schedule and ignore warning signs in favor of pumping oil as quickly as possible.

When things do go horribly wrong, “Deepwater Horizon” resists the urge to move as a paint-by-numbers, escape-the-wreckage affair; rather, it spends ample time looking at each character’s response to the disaster as they weigh professional obligations against moral ones, pitting the desire to follow orders and protocol against concerns for safety and, indeed, survival. It’s an indictment of corporate attitudes and fealty to profit at nearly every turn; while several crew members, including Wahlberg’s Mike Williams, are rightfully given the hero treatment, that narrative takes a back seat to the film’s overall goal: showing the effects of recklessness in a precarious environment.

Screenwriters Matthew Sand and Matthew Michael Carnahan pull some deft maneuvers throughout, but the cast carries the film, most notably Kurt Russell and John Malkovich. Gina Rodriguez and Ethan Suplee are memorable in smaller roles as well, and it’s one of the best performances of Wahlberg’s career; I generally find him to be a mediocre actor who is occasionally cast very well (as in “Boogie Nights” and “The Departed,”) but he far exceeds his normal capabilities here.

Disney’s live-action division this week weighs in with a true-life tale as well. “Queen of Katwe” is a biopic telling the feel-good story of Phiona Mutesi, a chess prodigy raised in near-poverty in Uganda. The film is structured like a sports movie — an odd choice, since the action of a chess match can’t be reasonably captured in a narrative film, leaving the audience to read facial expressions and be fed commentary in order to comprehend what’s happening on the board. Otherwise, though, it’s a pleasant and well-made, if wholly predictable, affair. Newcomer Madina Nalwanga, a native Ugandan, does an impressive job at selling Mutesi’s personal growth through her embrace of the game; Lupita Nyong'o, as Mutesi’s mother, carries the film’s emotional center. The nominal star is David Oyelowo as Mutesi’s mentor and teacher. While he’s an unfailingly stellar performer, the film’s placement of him at its center is a bit indulgent. Nevertheless, “Queen of Katwe” is a fine family entertainment and a breezy, enjoyable treatment of a deserving story. I can recommend it without any reservations.

The Montage: The Halloween lineup at Squirrel Hill’s Manor Theatre is covered in this week’s edition of After Dark, but I’d be a fool not to mention it here as well — it’s excellent. Each Saturday night at midnight through Halloween, the theater will host a horror flick; in a pleasant deviation from the norm on these series, they’ve added a few (excellent) recent choices to the lineup in the form of “Green Room” (tomorrow) and “It Follows” (Oct. 22). Also on the card: “Psycho” (Oct. 8), “Shaun of the Dead” (Oct. 15) and “Evil Dead 2” (Oct. 29) … Meanwhile, AMC Waterfront’s Wednesday-night classics series has “Donnie Darko” (Oct. 5), “Poltergeist” (Oct. 12), “Psycho” (Oct. 19) and “Halloween” (Oct. 26) … Catch up on some ’80s favorites at Row House Cinema this week, with “Coming to America,” “Revenge of the Nerds,” “Weird Science” and not-from-the-’80s-but-about-the-’80s pick “The Wedding Singer.”