Plus Dozen Bakery re-opens and Six in the City goes meat & potatoes. 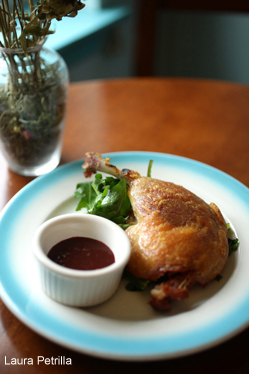 In addition to sampling delicious cuisine, attendees can listen to a live band, sip locally produced libations and explore the museum.

>>reopening
Dozen Bake Shop continues serving locals
What do Elvis and East End Stout have in common? Both cupcake flavors have made a comeback at newly reopened Dozen Bake Shop. Under new ownership, the Lawrenceville and Oakland locations sell tasty cupcakes, pastries and lunch fare (have you tried the chicken empanada yet?). Even better news: $2 cupcake Tuesdays have returned.

>>dinnerseries
Meat & Potatoes, first in Six in the City lineup
Six in the City, a monthly dinner series presented by Crate, will start this Tuesday at Meat & Potatoes. This installment of the six-part series will feature a meal prepared by chef Richard DeShantz, recent winner of Best Dish and Best Appetizer honors at Savor Pittsburgh. The evening will also include a brief presentation by DeShantz on the five-course meal and wine pairing.

“Crate has selected this restaurant based on the significant impact it has had on the Pittsburgh food scene,” says Linda Wernikoff, owner and director of Crate. The cost per meal is $110 and includes dinner, wine, tax and tip. The fee goes directly to the restaurant, save a portion that will be donated to the Greater Pittsburgh Community Food Bank.

Tickets for this and the five remaining events can be purchased at cratecook.com, but act fast: There are only 24 seats available. All events will be held the third Tuesday of each month, with identical cost and seating restrictions.

This article appears in the September 2011 issue of Eat Street.
Categories: PGHeats