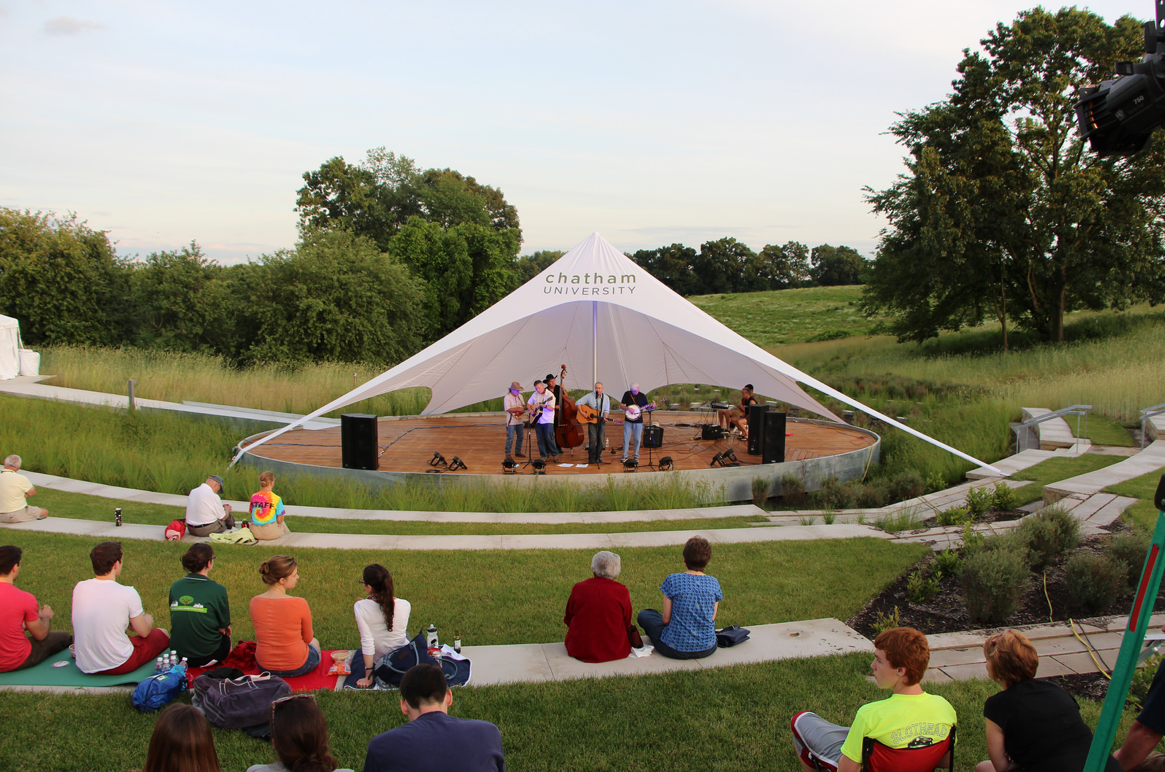 A visit to Chatham University’s Eden Hall Campus, the home of the Falk School of Sustainability, is at once tranquil and inspiring. As you stroll through the former country escape with the peaceful rhythms of nature around you, you’ll notice the next-generation technology being brought to bear on modern problems of agriculture, energy and conservation. This is a place where the peacefulness of the rural past meets the hope for a greener future.

Wait. There was a right turn in there somewhere.

Eden Hall’s Summer Series marks the first community-focused programming on the campus; a series of events began June 19 and will run through Sept. 18. Bill Campbell, Chatham’s vice president of marketing and communication, says that public offerings such as the summer series always were part of the Eden Hall plan.

“The vision was not just to create the world’s first campus built for the study of sustainability . . . it was also envisioned as a place for the community, where there would be community programming, there would be academic programming, [and] lifelong learning and educational opportunities as well.”

Rather than make it a dry lecture series, though, the impetus was on engagement. “We really went with movies, theater and concerts as something to engage the community,” says Angie Jasper, Chatham’s director of culture and community events.

Most functions will take place at Eden Hall’s Hilda M. Willis amphitheatre (the stunningly picturesque outdoor space you see above). It’s a lovely natural space, comfortable and welcoming for any type of event, with rolling hills framing the stage.

July is Kids’ Month on the Summer Series calendar, and young’un-targeted rapper Secret Agent 23 Skidoo will give children an early lesson in hip-hop this Saturday. A family performance by theater company Madcap Puppet Theater is scheduled for July 26.

When the table is at the farm, farm-to-table takes on a whole new meaning. There’s a harvest dinner scheduled for Sept. 12; tickets go on sale Monday. A free classical and chamber music concert will take place Aug. 21.

The closing event on the calendar may create the biggest buzz: crazy-funny Chicago improv group The Improvised Shakespeare Co. will take the amphitheatre stage Sept. 18. The group gets one audience suggestion and then improvises an entire Elizabethan play — in period language and everything — live on stage. “Silicon Valley” star Thomas Middleditch is an alumnus of the group.

Most events, with the exclusion of the Farm to Table dinner and Improvised Shakespeare, are free. Take the opportunity to visit one of the most beautiful campuses in the world — with enough entertainment to make it more than a peaceful walk on the farm. A full schedule is available here.